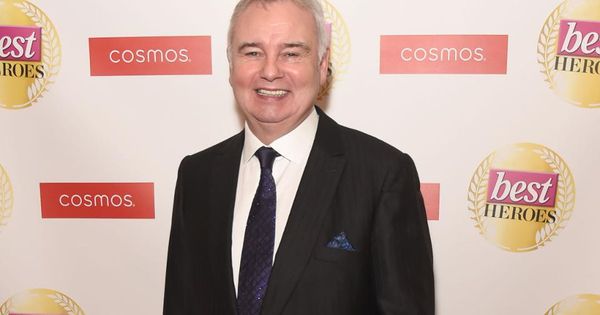 Today’s headlines underline the dilemma facing the Treasury as it prepares for next month’s Budget. On the one hand, there are reports that new Chancellor Rishi Sunak has been forced to promise that HM Revenue & Customs will tread softly as it implements controversial plans relating to the dreaded IR35 tax legislation. On the other, breaking news of a HMRC legal victory over TV presenter Eamonn Holmes reveals just how much is at stake in this matter.

Time is running out for those who want the Chancellor to abandon the IR35 reforms due to take effect on 6 April, though he could still do so in the Budget on 11 March. If Mr Sunak sticks with the plan, most private sector companies will be forced to adopt rules that have applied in the public sector for a couple of years now. When commissioning contractors to do temporary work, they will be legally liable for determining the employment status of their new hires – and therefore how they should be taxed.

The changes reflect longstanding concern at the Treasury that employers and contractors have been colluding in order to pay less tax. When a freelancer or contractor is taken on to do a particular project or to fill a short-term role, they often operate with limited company status, charging their “client” a fee for the limited company’s services rather than getting paid as employees through the PAYE system. The result has often been lower tax bills for both parties.

The Treasury argues that while there is nothing wrong with some of these arrangements, many contracts are actually “disguised employment”, entered into for no reason other than to generate a tax saving. It’s understandably keen to put a stop to such arrangements, which can cost the taxpayer sizable sums. Mr Holmes alone is reportedly facing a tax bill of up to £250,000 following his legal case, in which HMRC argued that he was actually an employee of ITV, not a contractor, despite receiving payments for his work through his company.

There’s a problem, however – we appear to be completely unprepared for the new rules. The concerns expressed by some companies and contractors last year are rapidly giving way to outright panic.

One massive headache is that defining who does qualify for IR35 status as a contractor and who should be on the books as an employee is far from straightforward.

HMRC itself sets out tests such as the extent to which the contractor is supervised and directed as they work for a client and how much control the client has over where, when and how they work. Other questions include whether the contractor could substitute a colleague to do the work commissioned and whether the client is obliged to offer work.

However, many of the key questions are subjective. And while HMRC offers an online IR35 status-determining tool to help people decide, critics say this has deliberately been designed in ultra-conservative fashion, so that very few people escape the disguised employment test. Similar tools produced independently by accountants and lawyers often throw up different results.

The result of the confusion is that many companies are simply deciding not to offer any contracts at all from April onwards, requiring freelancers to come on board as employees or to operate through structures such as umbrella companies. Not only may this not suit many contractors, but also, some companies may simply be unable to recruit the people they need.

As for contractors themselves, many are also confused by the new rules – or happily unaware that things are about to change. A series of surveys have suggested awareness and understanding of the reforms is very low amongst contractors.

Supporters of the reforms point out that the 2017 Budget changed the way many limited companies are taxed, which has actually negated the financial advantages for many contractors in operating this way. These days, it is employers themselves that are the biggest beneficiaries of contracting through limited companies rather than taking people on, so they should be accountable.

Still, while that may be the case, with just weeks to go until the new rules go live, large numbers of those affected, on both sides of the contracting relationship, are still not sure exactly where they stand. Some freelancers fear they will be the victims of a very conservative approach by clients who fear getting into trouble with HMRC. Others are worried about the kind of liabilities Mr Holmes is now facing.

Amid this confusion, the Chancellor’s insistence that HMRC will ease its way into the new system, rather than behaving aggressively as soon as the rules come into force, is very welcome. But it doesn’t solve the problem that many people simply aren’t ready for the changes – and have little chance of being so on time.

Moral Hazard, Debt & Bubbles: There’s More To Worry About Than The Coronavirus

Trump Must Do More To Help Small Businesses...

The Future of Communicating With Your Audience is...

The Pluses & Minuses Of Virtual Teams

How To Pivot Your B2B Marketing Strategy To...