Breaking
Poland’s Prime Minister Supports Abortion Ruling, Calls For...
Is A Major IRS Crackdown On Partnerships Looming?
Why You Shouldn’t Worry About PPP Loan Forgiveness...
Don’t Get Out: How To Groom The Next...
The ‘OREOA’ Method: How To Turn An Unhappy...
Protecting Students From Financial Aid Fraud Should Be...
The Top 10 Communication Lessons An Entrepreneur Can...
Women Make Strides In Business Ownership—And Find New...
How To Scale Your Business In Tough Times
New U.S.-Greek Science Technology Agreement Sets Framework For...
Tuesday’s Google Celebrates Stamen Grigorov, Who Discovered The...
How To Have Conversations That Change The World:...
DOL Claimed Need To Keep H-1B Visa Rule...
Zoom Enters Perilous New Growth Phase
Amy Coney Barrett Can Kill Obamacare But Here’s...
Apple’s iPhone SE Beats iPhone 12 Mini With...
Home General Is It Wrong To Be Rich In Poor Countries Like Argentina?
General

Is It Wrong To Be Rich In Poor Countries Like Argentina? 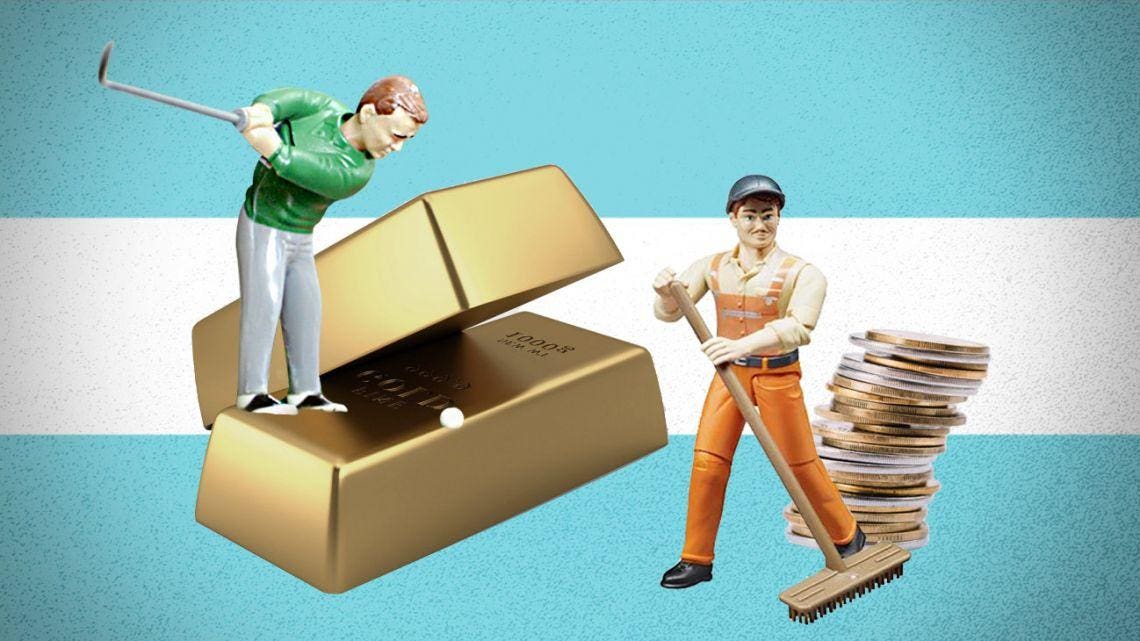 Argentina is in the midst of an internal debate regarding the issue of wealth and the definition of economic success. The four years of the Mauricio Macri administration promised to put the businessman — more specifically, the entrepreneur — at the centrer of the productive apparatus, giving him the tools to prosper in a globalized world. The former president’s election, in turn, was a response to a hard swerve to the left executed by Cristina Fernández de Kirchner, which accelerated after the death of her late husband, former president Néstor Kirchner. That move included an aggressive increase in the state’s economic intervention, which was equally marked by failure.

Today, Alberto Fernández is leading a pan-Peronist coalition that includes Fernández de Kirchner as a pivotal figure, though he has also brought fiscally conservative governors and centrists like himself into the tent, ones who claim to be in favor of capitalism but in an adapted form focused on “solidarity”. The president’s public statements are as empty as the clichés he often relies on, preceded by phrases that remind the audience that “he’s already said that before.”

The public debate is currently focused on such issues as a wealth tax on the country’s richest people and the expropriation of private companies. The country’s most successful technology company, Mercado Libre, is stuck in a battle over labor legislation with the always successful Moyano family, which has led the teamsters union (“Camioneros”) forever, while the e-commerce site’s founder and CEO, Marcos Galperin, has emigrated to Uruguay. The sovereign has locked horns with the world’s largest asset manager, BlackRock BLK , over a protracted debt restructuring negotiation led by Economy Minister Martín Guzmán, a pupil of Joseph Stiglitz, which was finally successful. As the government pumps billions of pesos into the economy in order to prop up an agonizing citizenry, the Central Bank is printing money like crazy and ordering more of it abroad, while President Fernández tells one of the world’s leading financial newspapers that he isn’t fond of economic plans.

It is in this context that the local edition of Forbes magazine released its version of the famous “rich list,” ranking Argentina’s wealthiest people. Among them is the Macri family, with an estimated net worth of US$540 million, just above Lionel Messi (US$500 million). But they’re well below Galperin (US$4.2 billion), who is actually in second place this year. Topping the list is oilman Alejandro Bulgheroni (US$5.4 billion), and below the Mercado Libre founder is the eternal Paolo Rocca (US$3.4 billion). The top ranks are completed with the Perez Company family (US$2.7 billion), pharma businessman Alberto Roemmers (US$2.4 billion), his colleague Hugo Sigman (US$2 billion), Miami real estate tycoon Jorge Pérez (US$1.9 billion), the well-connected Werthein family (US$1.9 billion), Argentina’s richest woman Edith Rodríguez (US$1.7 billion), and the multi-faceted Eduardo Eurnekian (US$1.1 billion). The remaining 38 members of the list are all below the billion-dollar mark.

The Forbes list generates all sorts of mixed emotions, from admiration to jealousy and contempt. It is easy to be distracted by the net worth figure as the most important element. Yet, the reason why the Forbes list generates so much attention is not the figure per se, but what it tells about a society as a whole. What’s sociologically interesting is that it generates a hazy photograph of the distribution of wealth among the richest members of society. Imperfect as it is, it also allows one to follow the evolution of wealth in time, while also helping to reflect how a society sees its own one percent. How many in our local list of the version are admired? How many are despised? How many are unknown? And how many didn’t make it on the list, but should be there?

What kind of a society do we want to build going forward? That’s a question that the Forbes lists can help to answer. The richest people in the United States, for example, are generally admired, serving as role models in the context of a society that was built upon the idea of the “American dream,” which appears to be fading away as financialised capitalism exacerbates income and opportunity inequality. Still, many kids look up to the likes of Jeff Bezos (#1 in the US with US$113 billion), Bill Gates (#2, US$98 billion), and Warren Bufett (#3, US$67.5 billion).

The mysterious net worth figure is actually relatively easy to figure out among the largest fortunes. Let’s take the case of Argentina: most of them consist of the value of very large corporations that are either publicly traded (such as the companies that make up the Techint Group or the aforementioned Mercado Libre) or in competition with companies with public capital, allowing them to be compared to a peer group (such as Laboratorio Roemmers and The Related Group). Dividend payments can be tracked, along with previous earnings, which are then appreciated at conservative growth rates after discounting for taxes and expenditures. Other assets, including real estate, art collections, yachts, for example, can be tracked down, even though they end up making up a small portion of the largest fortunes.

The problem lies with the smallest fortunes. Families like the Macris and the Eskenazis built their fortunes over several decades, buying and selling firms across a series of industries, mostly through private transactions. Minority stakes in private companies, along with cash piles that over the years become ephemeral and difficult to track. In a country like Argentina, with an incredibly high tax burden and a societal stigmatisation of wealth, tax evasion and the need to have a low profile add hurdles.

The journalistic value of keeping tabs on a nation’s richest members, and their evolution through time, is extremely high. Just check how many people use Forbes as their go-to reference for wealth and net worth.

‘C&C’ Is 25: How ‘Command & Conquer’ Revolutionized The Modern RTS Game

After Apple And Tesla, Berkshire And Amazon Should Split Their Shares, Too