Breaking
This Is Why You Need A Strategy In...
Economic Research Exposes Significant Flaws In DOL H-1B...
How Breast Cancer Turned This Entrepreneur Into A...
Bitcoin Price: What Next After Fresh Surge Toward...
Societal Platform Thinking
Trump And Biden Will Debate Suburbs’ Future To...
Apple Has More Bad News For iPhone 12...
Refining Your Marketing Roadmap To Attract New Consumers...
These Are The Biggest Obstacles To A Stimulus...
Tesla Stays In The Black For A Fifth...
How Outsourcing Key Functions Can Give Your Startup...
Bond Market Crowded Trades May Lead To Post-Election...
Microsoft And SpaceX: The Final Frontier For Cloud...
What Antarctica Can Teach Us About Leadership And...
Aid Budget—Would A Relaxation Of State Support Rules...
Why “Bubble Dining” Pods Are A Terrible Idea...
Home Technology Is Jupiter A Water World? NASA Finds ‘Abundance’ As New Images Show Giant Planet As A ‘Blue Marble’
Technology 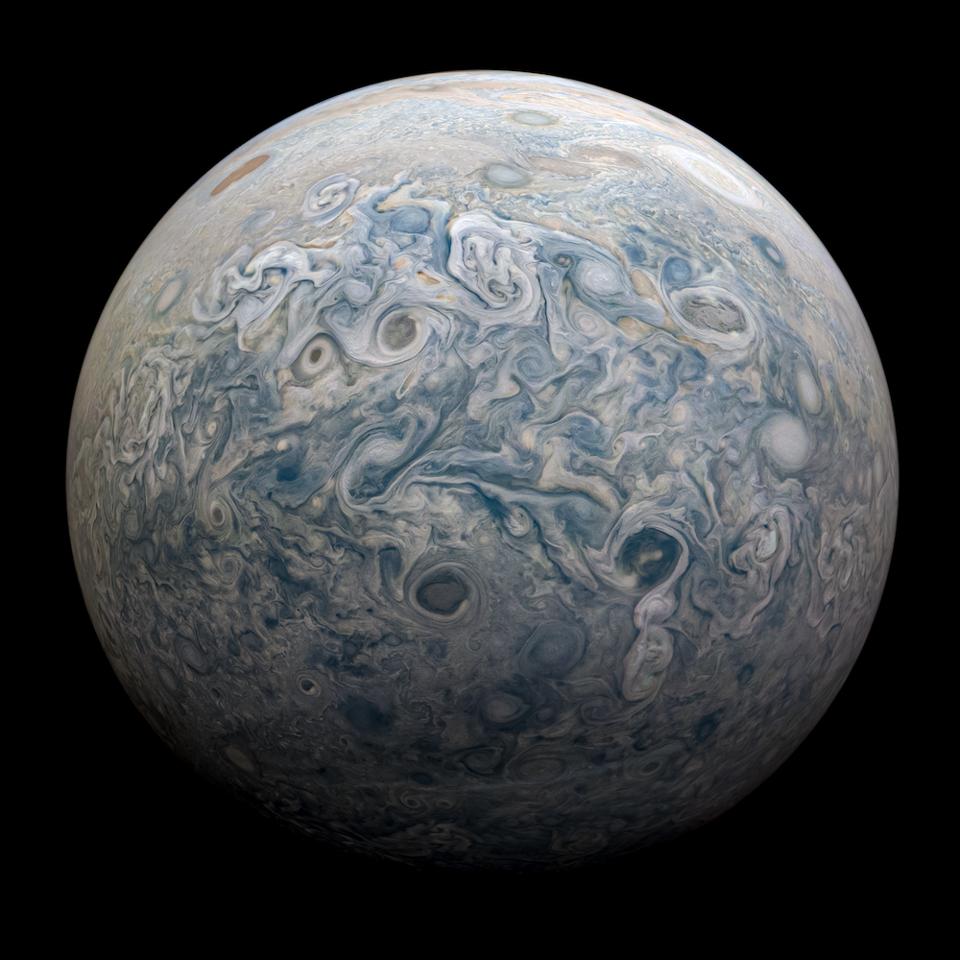 Jupiter as taken by NASA’s Juno spacecraft on its recent pass – perijove 25 – and processed by Kevin … [+] M. Gill.

Long thought to be virtually dry, it turns out that Jupiter has significant water.

New data from NASA’s Juno spacecraft, which launched in 2011 and is orbiting the planet right now, suggests that water makes up about 0.25% of the molecules in Jupiter’s atmosphere. That’s about three times more than thought to be at the Sun.

“Just when we think we have things figured out, Jupiter reminds us how much we still have to learn,” said Scott Bolton, Juno principal investigator at the Southwest Research Institute in San Antonio.

Since Jupiter was probably the first planet to form in the solar system it contains most of the gas and dust in it that isn’t now part of the Sun. As such, how much water is locked-up in Jupiter is essential for astronomers trying to understand how the solar system formed. 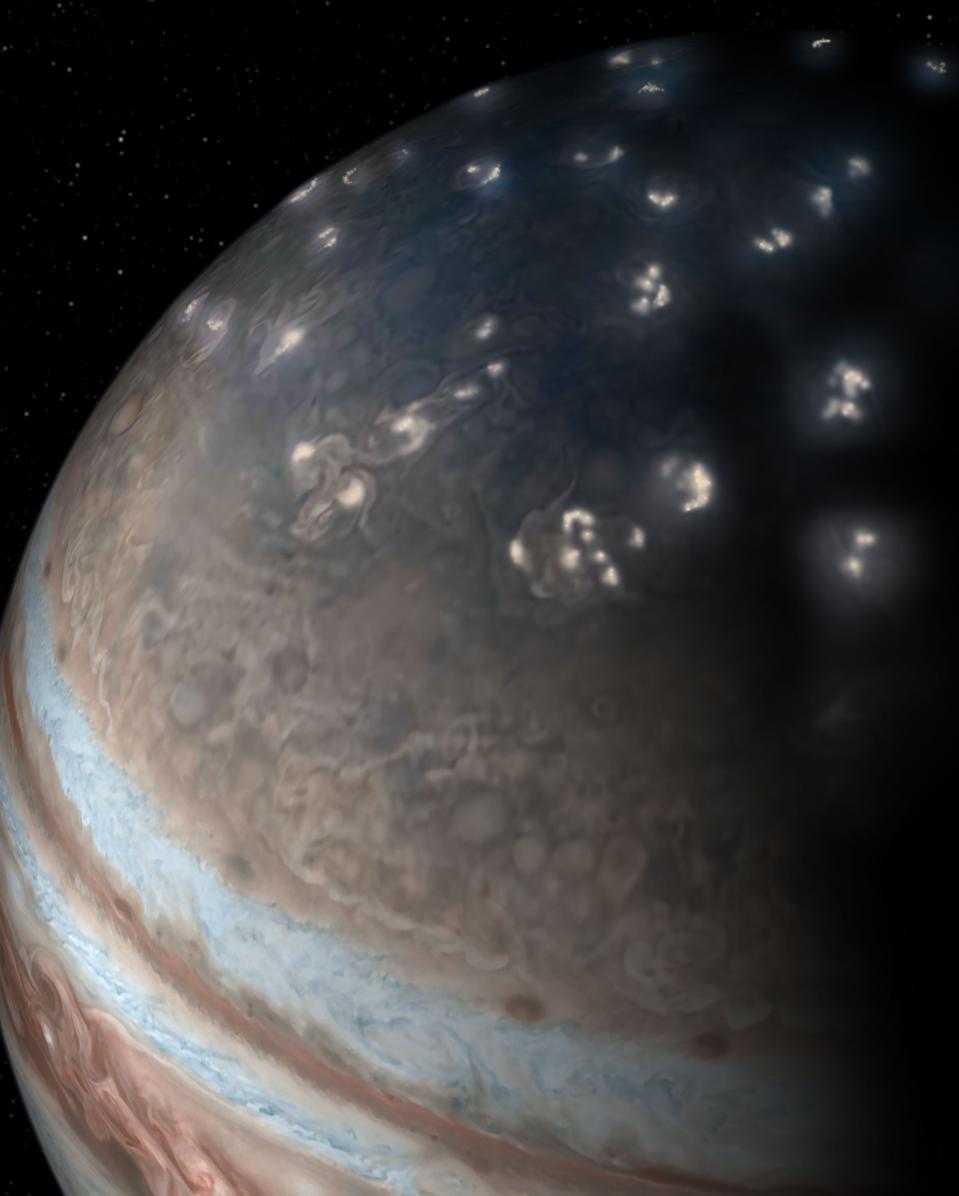 Data from NASA’s Juno mission indicates that most of the lightning activity on Jupiter is near its … [+] poles.

NASA’s Voyager probes detected lightning storms at Jupiter in the 1970s, suggesting the presence of some water, but in 2003—moments before it was pulverized in the depths of the planet’s crushing interior—NASA’s Galileo spacecraft found far less than astrophysicists had expected.

That was puzzling because Jupiter’s 79 moons are mostly made of ice, so it was assumed that the planet’s atmosphere would contain a lot of water.

However, in late 2018 a team of scientists used data from telescopes to find a lot of water in Jupiter’s famous Great Red Spot, a hurricane-like storm over than twice as wide as Earth that has been going on for over 150 years. 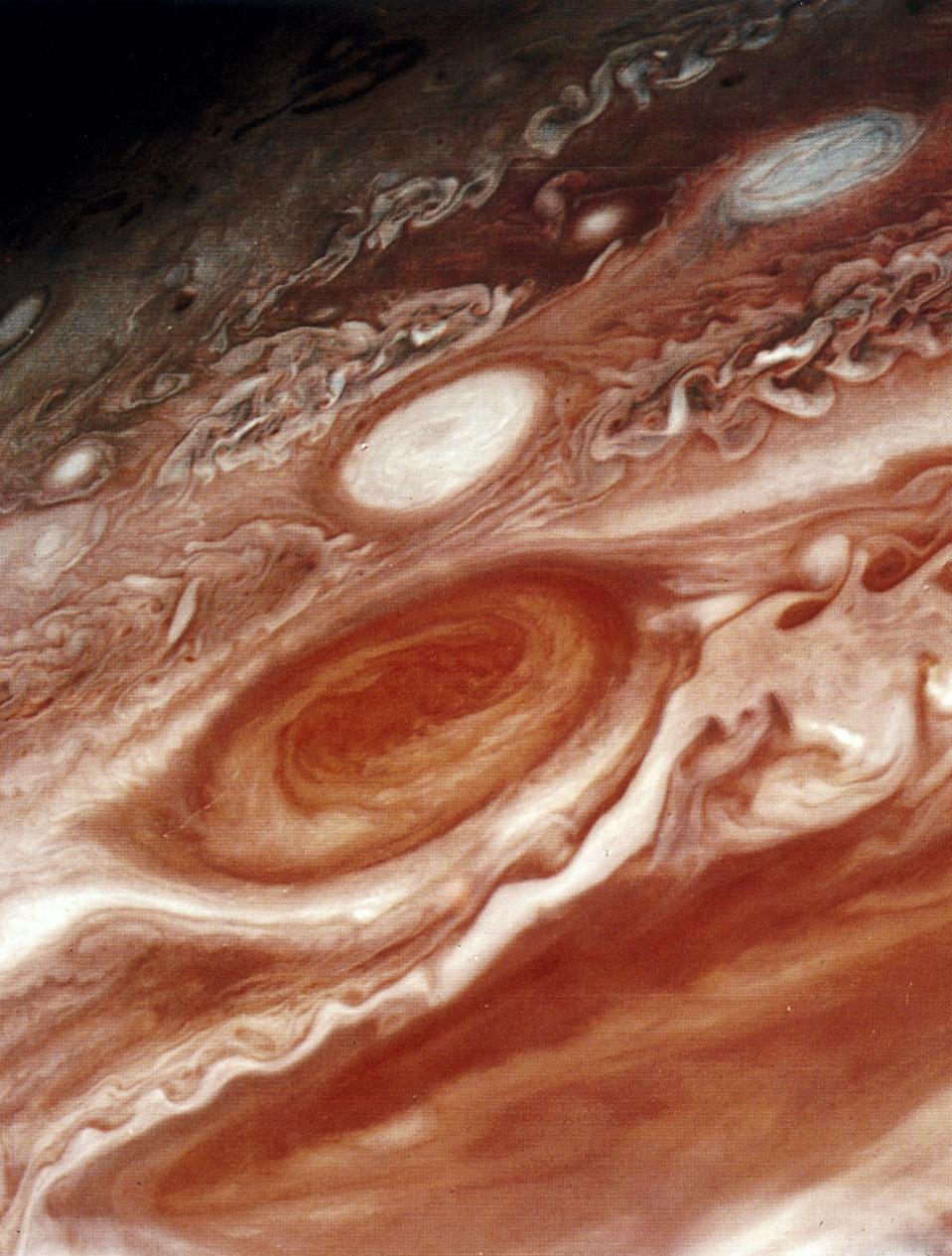 Voyager 1’s close up of the Great Red Spot on Jupiter.

“By formulating and analyzing data obtained using ground-based telescopes, our team has detected the chemical signatures of water deep beneath the surface of Jupiter’s Great Red Spot,” said Máté Ádámkovics, an astrophysicist at Clemson University. “Jupiter is a gas giant that contains more than twice the mass of all of our other planets combined. And though 99 percent of Jupiter’s atmosphere is composed of hydrogen and helium, even solar fractions of water on a planet this massive would add up to a lot of water—many times more water than we have here on Earth.” 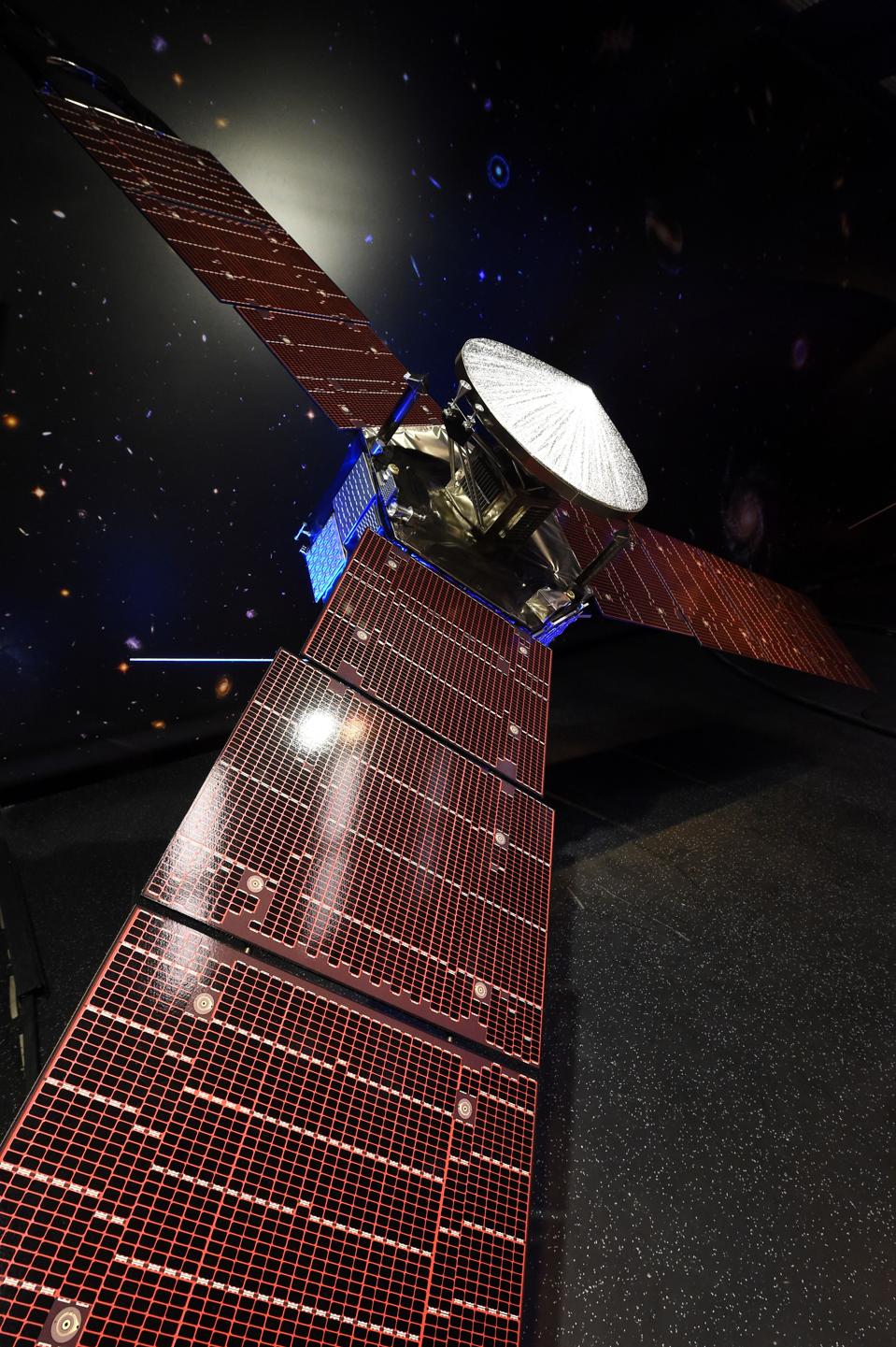 Now Juno has found even more water. Using its Microwave Radiometer (MWR) infrared spectrometer during eight science flybys, Juno searched the planet for water from a far greater depth into Jupiter’s atmosphere than Galileo probe was able to. “We found the water in the equator to be greater than what the Galileo probe measured,” said Cheng Li, a Juno scientist at the University of California, Berkeley. “Because the equatorial region is very unique at Jupiter, we need to compare these results with how much water is in other regions.”

Juno’s 53-day orbit is highly elliptical, and only occasionally does it perform a close flyby of the planet. Images are now starting to come in from the most recent flyby—perijove 25—on February 17, 2020, including the intriguing “blue marble” image at the top of this article (also as a tweet below). It was processed from Juno’s raw images by Kevin M. Gill, a software engineer at NASA-JPL who regularly acts as a “citizen scientist” image processor. He calls it a “fisheye view of Jupiter at mid-northern latitudes.”

Gill has also contributed a beautiful image of “southern Jupiter.”

Another citizen scientist, this time from Iceland, Björn Jónsson published his enhanced versions of Juno’s most recent images. This one shows one of Jupiter’s many cyclones, which are visible as white ovals.