Breaking
How To Get Your Startup Business Off The...
How To Create A COVID Safe Construction Site
How to Make a Good First Impression at...
Covid-19 Death Toll In U.S. Passes 200,000
5 Decisions That Will Increase Your Chances Of...
Coronavirus Is Shaping Up To Be Very Bad...
Is It Time For A Bank For Women?
As Israel Locks Down, Its Health Tech Sector...
Buying The Bulge Is Dangerous
5 Strange Things Happening Right Now In The...
The Best Blogging Platforms (In-Depth Review)
How Will The Coronavirus Impact Your Finances?
How Xbox Series X Will Attempt To Avoid...
Virgin Orbit Seeking Over $100 Million As ‘Jaw...
How To Develop The Confidence To Launch A...
USPS Covid-19 Coronavirus Plan To Send Every Household...
Android Circuit: Mysterious Samsung Galaxy, Google’s Next Pixel...
Snowflake: Valuable Lessons For Entrepreneurs
After Man Shoots Fiancee’s Parents, Bloody Footprints Lead...
Home Business Is Kanye West Serious About His Bid For Presidency?
Business 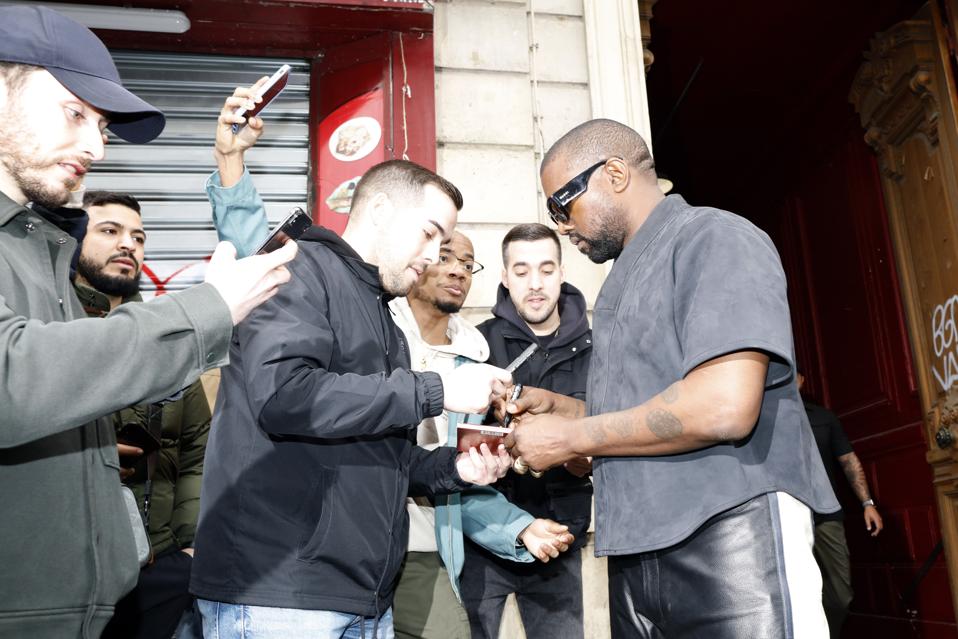 Kanye West at the Theatre des Bouffes du Nord to attend his own Sunday Service on March 01, 2020 in … [+] Paris, France. Photo: Mehdi Taamallah

Kanye West is a now household name – however, which house remains unclear. Perhaps today sheds some light on the rapper, producer, and fashion designer’s strategic intentions behind announcing his bid for the presidency in the 2020 election via Twitter.

In a matter of hours, thousands took to social media to dissect, champion, mock, and ponder this mysterious tweet from West, who recently announced a long-term partnership for his own Yeezy Gap clothing line followed up days later by a glamour shot with Elon Musk – who today tweeted in support of Ye’s decision to run.

While Kanye has been spotted wearing the infamous red MAGA hat in support of Donald Trump several times, he and wife Kim Kardashian have spent some time close to The White House and around Trump – the two lobbied to free rapper A$AP Rocky from Swedish jail after he was arrested following an altercation on tour. In Kardashian’s cover interview with Vogue last summer, she talks about Kanye’s political views and how the issue acted as an anxiety trigger in thier relationship, “he doesn’t represent either side. But he doesn’t want to be told what he should be.”

Entering a presidential race for the same-year election comes with many sizeable to-do’s, “he would need to qualify for ballot access across 50 states and the District of Columbia, as well as build a presidential-grade political organization from scratch without the support of a party infrastructure.” writes Derek Wallbank.

With many loose ends to tie up before entertaining a presidential race, folks took to Twitter to suggest the announcement was not real and rather part of “an album promotion cycle,” and that “he only talks when he has an album he want’s ya’ll to listen to.”

While Twitter runs an opinion farm and immediate news cycle in the background of the pandemic, making it feel like it “All Falls Down,” 2020 gets more bizarre by the minute.

Carli Lloyd:“I Want Young Players To Be Inspired By My Journey”