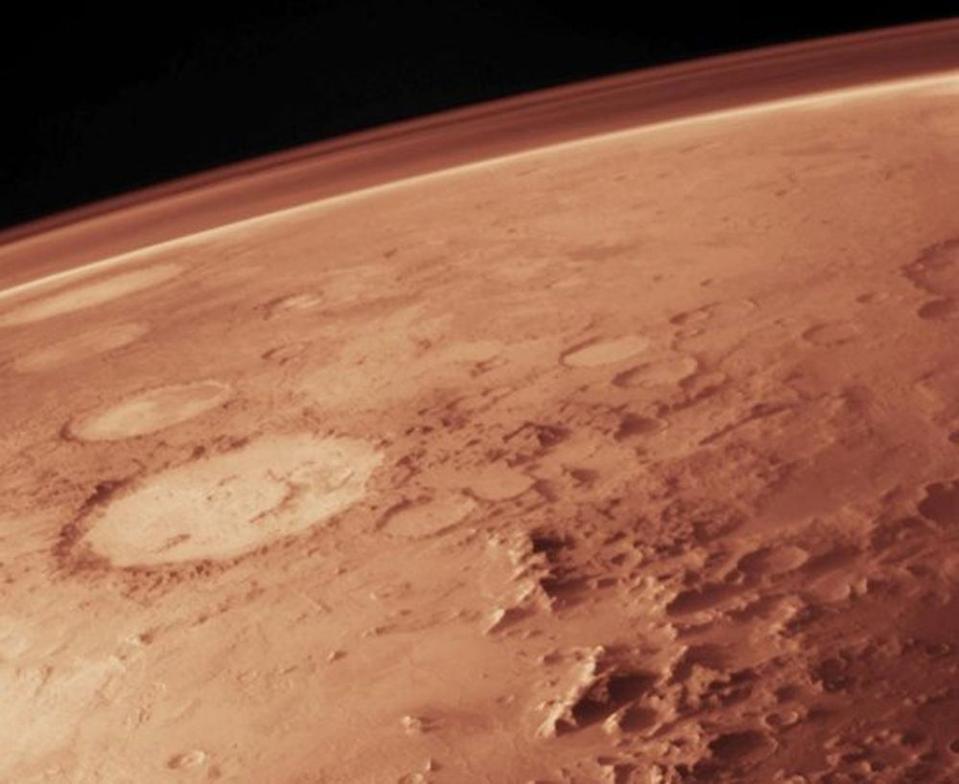 Looks pretty dead to me.

Well, hold on. It’s almost a zero chance but not entirely conclusively disproven. If there is life on Mars, it’s having a really rough time of it.

Generally, Mars really sucks for life. There’s barely any air, which is mostly carbon dioxide at less than 1% the air pressure of Earth. Mars is further from the sun than we are, which means that on the most scorching summer day the temperatures barely scrape above freezing, but most of the planet spends most of the time well below zero. And as far as we can tell, there isn’t any liquid water, which is required for life as we know it.

But what’s really curious about Mars is that a long time ago it could have been a home for life. When our solar system was just getting going and the planets were just figuring out who they were going to be, Mars looked remarkably like Earth. It had oceans, rivers, blue skies dappled with white fluffy clouds, the works. It wasn’t so bad.

But then about 3 billion years ago Mars lost its atmosphere, the oceans evaporated, the surface rusted, and it turned into the cold frozen frigid desert that we see today.

If life did flourish all those billions of years ago, the most it can hope for now is clinging to a meager existence somewhere beneath the surface, maybe in tiny pockets of water here and there.

Recently we thought we had found evidence of liquid water on the surface, in something called recurring slope linae, but that result turned out to be heavily disputed so we’re not sure what’s going on. And there is a little bit of water vapor in the atmosphere, but not enough to really lubricate life.

There’s also this strange thing going on with the methane in Mars’ atmosphere, which seems to follow a seasonal pattern. Earth’s atmosphere gets a lot of methane from everything from cow farts to bacteria farts, so some people have hypothesized a link there, but it could just be some weird Martian chemistry that has nothing to do with life at all.

The Mars 2020 rover is explicitly designed to hunt for signs of life on the red planet. If it does find life, it will be incredibly exciting and momentous, opening up a new whole new branch of science. But let’s not get our hopes up.

Stormzy Charts Three Top 10 Hits This Week In The U.K. While Tones And I Falls From No. 1

How Family Offices Raised Their Game In 2019