Breaking
NBA-Backed Saliva Coronavirus Test Gets Emergency FDA Authorization
The Amazing High-Yield REIT Strategy For 7.9% Dividends,...
How To Attract Candidates To Hard-To-Fill Positions
Trump: I’m ‘Ready’ To Take Action On Stimulus...
Apple iOS 13.6.1 Release: Should You Upgrade?
Non-PPP Loan Approvals Continue Slow But Steady Rebound
Here’s How To Stay One Step Ahead Of...
Microsoft Outlook Will Store Contacts’ Blood Group And...
How The US Department Of Health & Human...
Why Do Chinese Companies List Their Shares In...
Can You Get Covid-19 Coronavirus From Food? Frozen...
Winklevoss Twins Tell Bar Stool’s Dave Portnoy To...
How Democrats And Republicans Would Tackle The Enduring...
Berkshire Hathaway Doubles Down On Net Lease REIT,...
70% Of Americans: Ban Foreign Apps
This Week In Credit Card News: Pandemic Brings...
Home Business Is Smoke A Hazard For Players At The Australian Open?
Business

Is Smoke A Hazard For Players At The Australian Open?

The short answer is yes, and the long answer is yeeeesssssss. I am at one of the world’s premier weather and climate conferences. There are several seasons at the American Meteorological Society on weather, pollution, or health. This morning I noticed Tweets and headlines about players at the Australian Open tennis tournament suspending play in qualifying matches because of coughing associated with smoke. Dalila Jakupovic, war reportedly leading in the her match but stopped playing because of a coughing fit related to the smoke. She told reporters,

“I was scared that I would collapse. That’s why I went on the floor (of the court) because I couldn’t walk any more. When I was on the ground it was easier to get some air.

Officials were also forced to suspend practices according to reports. What’s going on and is it dangerous to players? 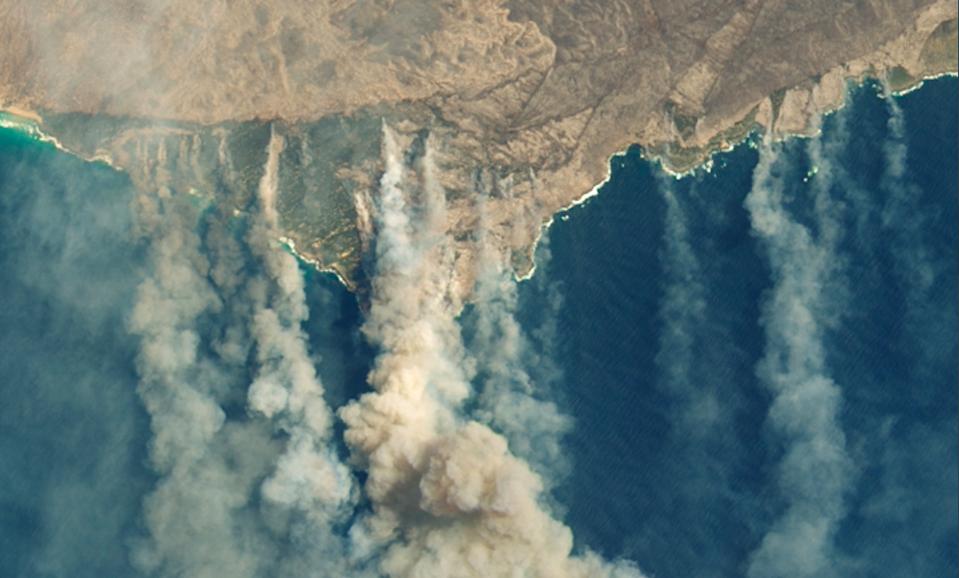 Smoke from fires on Kangaroo Island

The answer to the first question is pretty obvious. Bushfires in Australia have dominated the headlines for weeks. I have written a couple of pieces in Forbes on how they are impacting weather and climate. However, the Australian Open tennis tournament places into context an additional aspect of the human toll, air quality. Air quality is essentially a metric of how clean or polluted the air is. I pulled up the current air quality index for Australia as of Tuesday morning (in the U.S.) produced by the AQICN.org website. It is clear from the map below that air quality is hazardous to unhealthy near Melbourne, the site of the Australian Open. The Queensland government’s website has a pretty common sense explainer on the hazards of bushfire smoke:

How smoke affects you depends on your age, pre-existing medical conditions such as asthma or heart disease, and the length of time you are exposed to the smoke. Signs of smoke irritation include itchy eyes, sore throat, runny nose and coughing. Healthy adults usually find that after a short exposure to smoke, these symptoms clear up once they are away from the smoke. Children, the elderly, smokers and people with pre-existing illnesses such as heart or lung conditions (including asthma) are more sensitive to the effects of breathing in fine particles. Symptoms may worsen and include wheezing, chest tightness and difficulty breathing. 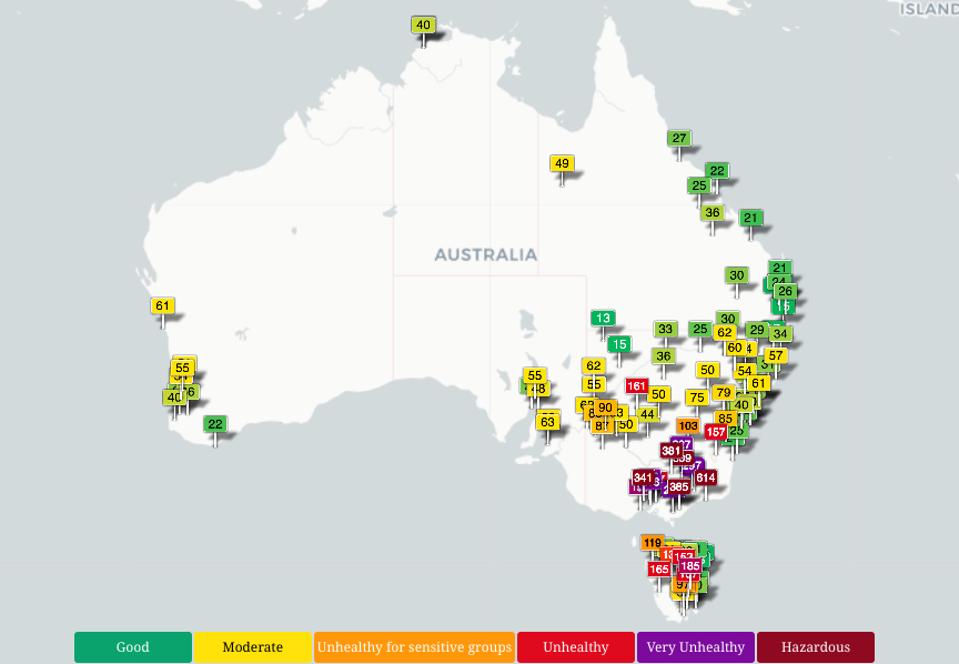 The website goes provides a list of things to do. One of them says, “Avoid physical activity outdoors (exercise allows more fine particles to be breathed deeper into the lungs). Tennis is certainly a physical activity. Tennis Australia’s Extreme Weather Policy guidelines says, “If the smoke presents any danger, through reduction in visibility or ability to breathe properly, then play must be suspended or cancelled and all patrons removed to a safe area.” The report available at this link also says, “The relevant Officials and Administrators must ensure the health, safety and well-being of players, officials and spectators as the overriding priority and where the air quality conditions create an unacceptable risk, have the authority under this Policy to suspend play.”

There is clear guidance on the smoke hazard. I hope the officials use them for the safety of its players. Even here in the U.S., I often notice selective reaction to guidelines for weather and sports. Officials will quickly halt a sporting even for lightning yet allow kids to play in oppressive heat conditions. Heat is the number one weather killer in the U.S. each year not lightning.

Sound policy and concern for human health must outweigh the pressure to move the tournament along, TV contracts, and other real issues that tournament officials must deal with. Let’s hope they make the right decisions because the fires are probably not going away any time soon.

Entrepreneur 101: What To Know About MVPs