Breaking
Everything You Need to Know About Corporate Social...
Is Adaptive Leadership the Key to Motivating Employees?
Why business events are set to return with...
Business events set to return with a bang!
Expanding Internationally: 5 Things to Consider for eCommerce...
How the Machine Shop Is Going Digital in...
Sustainable Food Packaging Is Helping the Hospitality Sector...
Top 5 Investment Practices To Make More Money...
Managing IT Requirements for SMEs: 5 Aspects that...
How To Build a Successful Luxury Brand In...
Finding The Best Google AdWords Consultant for Your...
8 Top Tips To Help Your Agricultural Business...
Three Reasons Why Office Décor and Design Are...
Looking To Improve Efficiency In Your Business? Here’s...
AI and machine learning for business
How Social Media Changed the World
Home Business Is The US Coal Industry Completely Burned Out?
Business

Is The US Coal Industry Completely Burned Out? 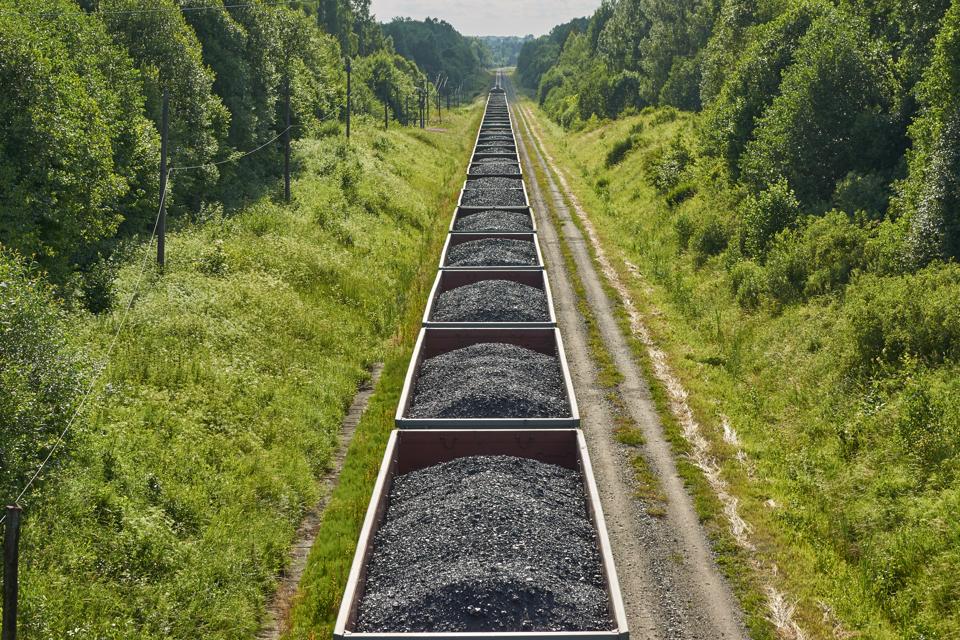 This is the fourth of a multi-part series on the state of the main sources of energy in the US and how they compare globally. The series will cover solar, wind, oil & gas, coal, nuclear, and geothermal (so far) and will answer the same four questions for each.

1.   How big is the US coal industry, and what is its growth trajectory?

US coal employment peaked in the 1920s and the whole sector (mining, transport, and power plants) currently supports about 174,000 jobs. In 2018, US mines produced about 756 million short tons of coal, the majority of which (544 million short tons) was burned in coal-fired power plants to generate 966 billion kWh of electricity, about 24% of all electricity generated in the US. 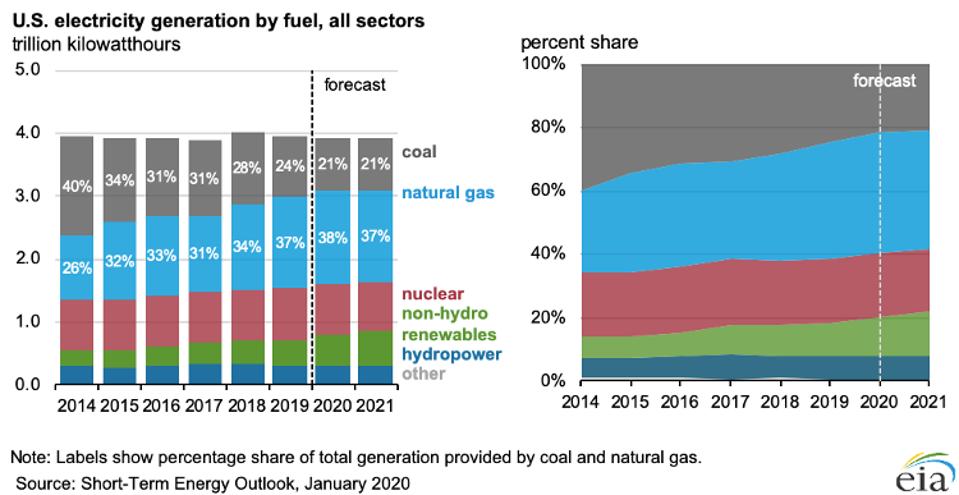 Coal use has been falling in the US.

However, coal has largely fallen out of favor for electricity production as price declines in natural gas and, to a lesser extent, renewables have made it harder for coal plants to make money in electricity markets. The average US coal plant is now over 40 years old, and there is not a single commercial coal plant under construction in the country. Some scenarios have coal generation remaining flat for the next couple of decades, but most market fundamentals and societal goals indicate further declines.

In the past decade, over 500 coal-fired power units have been retired, or announced their retirement. Further, it is estimated that over 85% of existing coal plants will be uneconomic compared to local renewables by 2025. These dire conditions have many states with regulated electricity markets scrambling to either financially support uneconomic coal plants or provide securitization strategies to allow them to retire early while still making good on their debts. As demand for coal has declined, almost a dozen coal mining companies have filed for bankruptcy in the past 5 years.

On the other hand, US coal exports have been trending upwards as the world economy continues its decade long recovery and demand for energy and goods continues to increase.

US coal exports have been trending upwards.

Over half of US coal exports are for making steel (metallurgical/coking coal) and the rest for electricity (steam/thermal coal). Major destinations for US coal exports are India (15%), The Netherlands (11%), and Japan (9%), among others. Some countries, largely led by China, are continuing to build coal plants, which could increase demand for US coal exports. Although, some western states have sought to block coal export terminals, forcing some US exports to depart through Canada.

While Appalachia is home to the vast majority of individual coal mines, the relatively few number of mines in the western Powder River Basin (PRB) produce many more tons of coal annually. Of the 43% of US coal that comes from the PRB, 93% of that (40% of US total) comes from the state of Wyoming. West Virginia produced the second highest amount of US coal, almost 13% of total US production.

The most productive US coal mines are in the west.

Although Texas only produces the poorest quality coal, lignite, it nonetheless consumes more coal than any other state, almost by a factor of two, even though its usage is down almost 20% (2018 vs. 2017). North Dakota consumes the most amount of coal for uses other than power generation.

3.   What are the biggest challenges faced by the coal sector today?

By far the biggest realized challenge facing the US coal sector is economic pressure from low cost natural gas, and to a lessor, though growing, extent, renewables. The hydraulic fracturing boom has vastly increased the supply of natural gas, making it stubbornly cheap and the new firm fuel of choice in power generation. A recent study found that low cost natural gas prices was responsible for 85-90% of wholesale electricity price declines in some markets.

Also, the US is generally not building big power plants (of any type) anymore. Coal (and current generation nuclear) plants are generally built as large units to produce cheaper electricity. However, other technologies, such as gas and renewables, can be built in smaller sizes, for cheaper, and thus incur less capital risk, making them easier to finance. The US Department of Energy has made a push for small modular coal plants, but there doesn’t appear to be much traction as of yet.

The biggest existential threat faced by the US coal sector is by far climate change. Of the major fuels used to generate electricity in the US, coal produces the most carbon emissions. But technical and political times are changing. About 45% (and growing) of all electricity (by at least 2050) in the US has been pledged to be carbon-free and one of the easiest ways to start to make good on such promises is to shutter coal plants.

The percentage of US electricity pledged to be clean is increasing.

4.   How does the US coal sector compare globally?

The US produces the third most amount of coal globally, behind India (764 million tons) and even further behind the number one producer, China (3,474 million tons). Indonesia and Australia lead the world in coal exports. 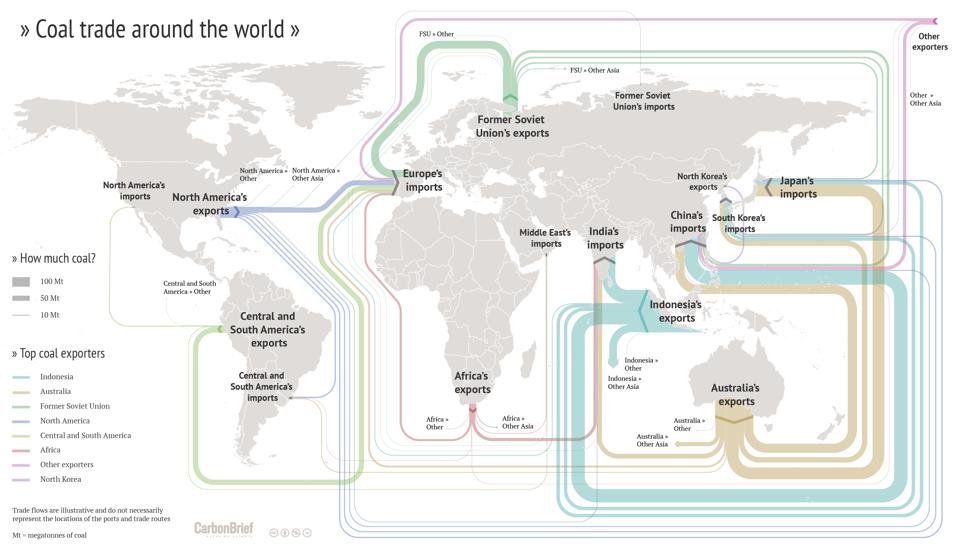 Coal’s future (at least for power production) appears to be burning out. Other technologies, such as gas and renewables, are beating coal on price, flexibility, and finance-ability. Absent significant improvements in carbon capture and sequestration technology, most developed markets, but not all, are likely to continue shuttering their coal fleets over the next couple of decades. However, the world is going to continue to need steel in the short and long-term, and while electric arc furnace metals recycling and new smelting technologies might help reduce the need for metallurgical coal and its associated emissions, the vast majority of steel is still currently made using coal.