Breaking
How To Get Your Startup Business Off The...
How To Create A COVID Safe Construction Site
How to Make a Good First Impression at...
Here’s Why Texas Instruments’ Stock Growing Almost 2x...
LinkedIn’s 50 Best Startups To Work For In...
3 Marketing Mistakes Holding You Back From Hitting...
Is The Matter In Our Universe Fundamentally Stable...
Majority Support Covid-19 Price Controls Says New Brookings...
Reimagined Pan-Mass Challenge Approaches $41M 2020 Fundraising Goal
Is Bitcoin Poised To Bounce Back After Its...
These ‘Temporary’ COVID-19 Changes Will Become Permanent
How Will Our Mental Health Be Affected By...
Selling A Business During A Pandemic: When Talented...
Top 10 Digital Transformation Trends For 2021
Two Veteran Entrepreneurs Aspire To Clean Up America’s...
PPP Forgiveness Applications Are Opening Up. Should You...
Best Domain Registrar
Free Tech For Black Founders Initiative Saves Startup...
FinCEN Files Scandal Is Unlikely To Change Anti-Money...
Home Finance Is This The Real Reason Behind Bitcoin’s Huge Weekend Flash Crash?
Finance

Bitcoin volatility is back. After months of relative stability the bitcoin price ricocheted this weekend, rapidly losing and gaining over $1,000 in mere minutes.

Bitcoin’s Sunday morning flash crash was initially attributed by some to so-called “whales” who control large amounts of bitcoin moving the market, however others have now suggested it could be due to “algo misbehavior.”

MORE FROM FORBESFormer Hedge Fund Billionaire Makes The Case For $20,000 Bitcoin Price By The End Of 2020By Billy Bambrough 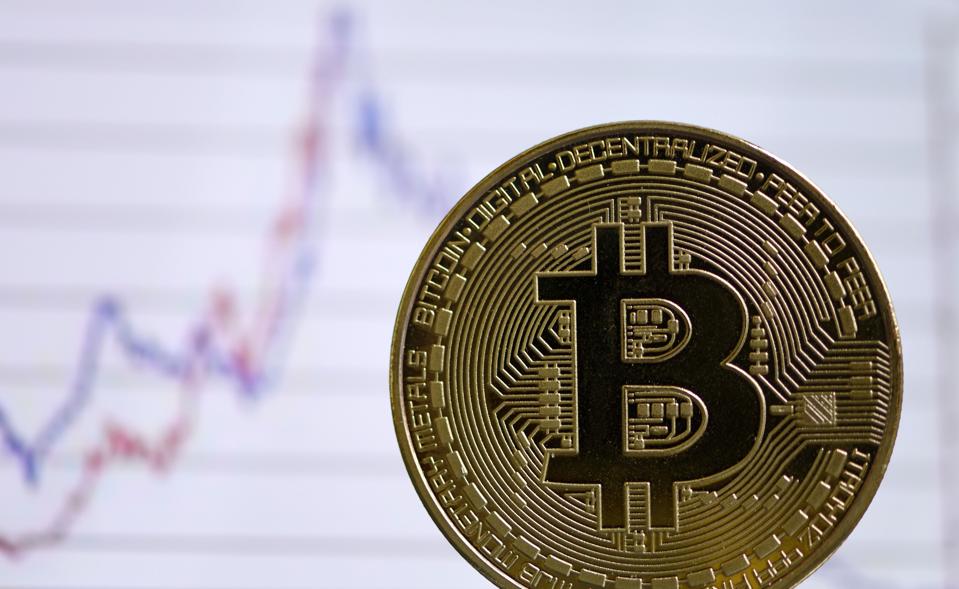 Bitcoin and cryptocurrency markets have come alive again after months of stability, with the bitcoin … [+] price climbing and crashing over the weekend.

“Such spikes are still inherent to the crypto market structure, with prolific unregulated leveraged trading going on,” Anatoliy Knyazev, the chief executive of brokerage Exante, said via email, adding the flash crash “could be a case of an algo misbehavior.”

Algorithmic trading is used to automate trades based on time, price, and volume with traders programming buy or sell orders to happen when certain market conditions are met, such as an asset price reaching a particular level or if it sharply falls.

The effects of algorithmic trading can be exacerbated by leveraged trading, allowing traders to take larger positions with smaller amounts of capital—something that is now being offered by many of the biggest bitcoin and cryptocurrency exchanges.

“There’s a lot more leverage now than ever before, especially in crypto,” Mati Greenspan, the founder of Quantum Economics told subscribers of his markets newsletter.

“This could lead to some extreme volatility,” Greenspan wrote, but added he thinks “bitcoin, along with the rest of the digital asset market, is in a bull market right now.”

The bitcoin price has shot up by more than 20% over the last month, climbing to levels not seen since August last year. 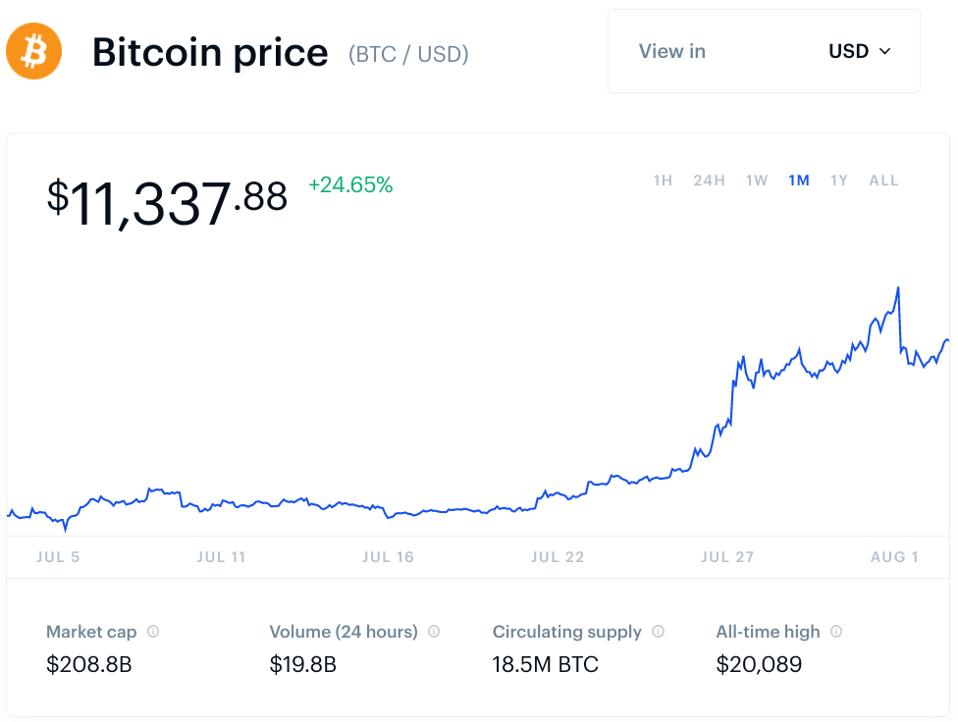 The bitcoin price has soared by over 20% through July with the weekend’s flash crash barely denting … [+] its upward trajectory.

Meanwhile, it’s also been suggested the sharp Sunday morning downturn was due to market participants “profit-taking.”

“Bitcoin has been increasing, and on Sunday morning the first digital currency touched $12,000,” Alex Kuptsikevich, senior financial analyst at FxPro, said via email.

“However, due to the wave of profit-taking, it quickly corrected to $11,000. Taking into account the relatively low liquidity of the crypto market, a small number of large orders is capable of launching waves in both directions.”