Home Business Is Wearable Technology The Savior We’ve Been Waiting For?
BusinessTechnology

Is Wearable Technology The Savior We’ve Been Waiting For? 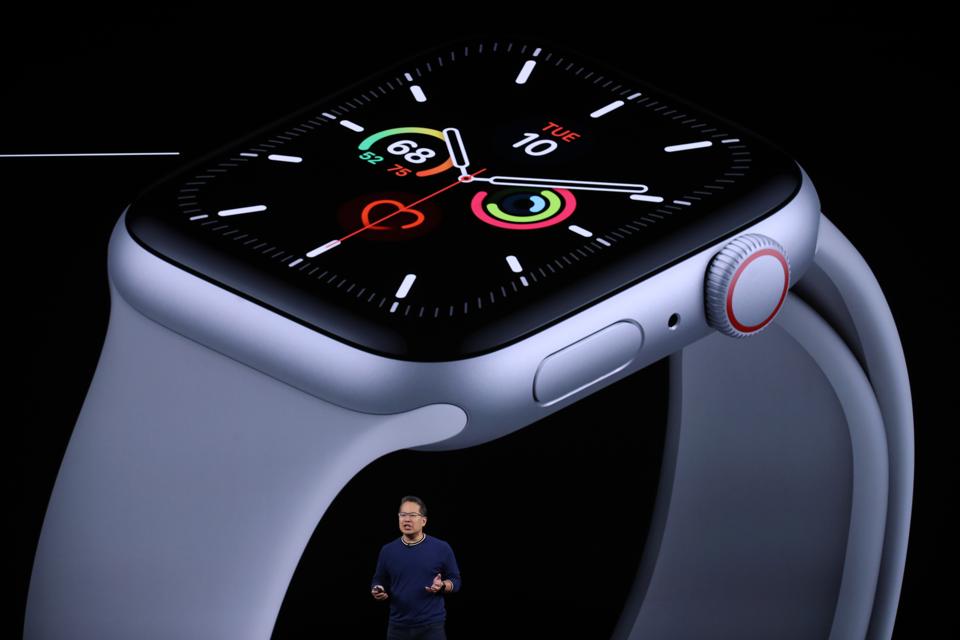 The companies behind popular smart rings and wristwatches like the Oura ring, Fitbit, and Apple Watch are trying to program their products to detect early symptoms of Covid-19. If they succeed, wearables could potentially play a significant role in putting an end to this pandemic.

Wearables are ideal for monitoring individual biometrics, an element that has been sorely lacking from disease control efforts in the United States and other countries where the pandemic rages on. They take around 250,000 measurements per day, including heart rate, sleeping patterns, and body temperature.

Some measurements are particularly good for signaling the onset of sickness. When you fall ill, your resting heart rate (RHR) tends to increase. You sleep longer, and overall your bodily activity drops. Wearables can track all three of these variables—and notify the user to any abnormal changes.

One study, published in January, took this function to task by investigating whether wearables that monitor sleep and RHR data could pick up on respiratory infections like influenza. The results are promising, showing that wearables could predict infections that we humans usually register two to three weeks too late. What if the same is true for early Covid-19 symptoms?

Oura, the company behind the Oura Ring, is currently conducting research to see if the data their product collects, combined with daily user responses about symptoms, can predict Covid-19 infections at least three days before onset. More than 2,000 healthcare workers at the University of California, San Francisco will start wearing Oura Rings, joining the hundreds of health professionals and first responders at the West Virginia University Rockefeller Neuroscience Institute who test drove them back in May. Those initial runs produced Oura’s best results so far: accurately forecasting Covid-19 symptoms a full 24 hours before they showed. While this falls short of their goal, with some improvements it could be within reach.

The downside of most wearables is that they aren’t typically worn on body parts immediately relevant to an incoming Covid-19 infection. Symptoms like fever, shortness of breath and coughing are among the most common, and wrists and fingers are the wrong place to monitor them. A group at Northwestern University is working on a more sophisticated device that can detect these common early symptoms. The device sits at the base of the throat and measures skin vibrations and temperature. It monitors coughs, detects labored respiration, and it sits close enough to the carotid artery to monitor heart rate.

A recent addition to this device is a wearable pulse oximeter. The oximeter lets physicians detect low blood oxygen levels, an asymptomatic feature of the virus. Paired together, these two devices give a full picture of the disease and allow for better monitoring of its progression.

Wearable technology: a solution for some or for all?

Conventional wearables may not be ideal for detecting respiratory infections well in advance, but they do make great tracking devices once symptoms do appear. One of the main strategies that governments use to control the spread of the virus is contact tracing, and more specifically, contact tracing apps. The problem with these apps is that their reach is limited to smartphone users—which is where wearables come in.

In Singapore, where many older adults who are vulnerable to Covid-19 don’t own smartphones, health authorities have broadened their contact tracing regimen to include specialized tokens. Each token exchanges Bluetooth signals with other tokens in the area, storing all interactions for 25 days. When a user tests positive for Covid-19, they must hand their token over to the authorities for contact tracing.

Singapore’s approach of prioritizing the elderly should be a global one. Several studies show that older adults are more likely to develop either a severe or fatal case of Covid-19, and nursing homes have been especially dangerous due to the high transmissibility of the virus. One infected caregiver can potentially infect everyone else in the facility.

Such challenges have inspired the creation of tools like iZhaohu, a Shanghai-based platform that uses artificial intelligence to personalize and optimize elder care services. To address the problem of viral transmission in nursing homes, iZhaohu created two digital systems: the Cheetah remote elderly care system, and the Dolphin automation system. When the Cheetah system is deployed with surveillance cameras, smart beds, sensors, and a single button alarm service, it becomes possible to detect the source of any infection.

The Dolphin automation system, on the other hand, is designed for internal use by employees and clients. iZhaohu monitors the activity and needs of elderly, also making it ideal for those with chronic illnesses. Instead of trying to detect symptoms using wearable technology only, iZhaohu uses an integrated system made of many different elements. This is what made their work with Covid-19 successful. To replicate that success, elder care facilities must have professional ICT capabilities and strong emergency response capacities—features that, more often than not, are absent or lacking.

Where wearables fail us

While none of the studies on the technologies have published peer reviewed results, one thing has become clear: wearable technology alone is not enough to detect Covid-19 symptoms. Or at least, the ones we have now aren’t.

More often than not, an app is already necessary when using such devices. The high infection rate of the virus poses an even greater challenge in tracing the source and limiting the number of cases. Add asymptomatic cases and the task becomes nearly impossible. It is thus crucial to use an integrated ICT system that gives users the big picture.

Just because wearable devices don’t make accurate predictions of Covid-19 symptoms doesn’t mean they’re not useful healthcare tools. This is especially the case for people with chronic illnesses. Because all wearables measure heart rate, in April 2018 a man was saved by his Apple watch. The smartwatch detected a spike in his heart rate and warned him by setting off an alarm. The man, who was feeling healthy, rushed to the hospital just in time to find out that two of his coronary arteries were fully blocked, and the third one was nearing 90 percent. In elder care facilities, this feature could be paired with an alarm system which also alerts caregivers or physicians. Such a feature could also prove useful in children who suffer from similar conditions.

The biggest concern remains privacy. Some people are not willing to share their personal information, whether it is their medical history or their whereabouts. Such privacy concerns are the main reason many countries have not turned to wearable technology, even or contact tracing apps, for help in managing the outbreak. Another possible downside is the disparity in ownership of these devices within a population. Areas where the number of users is low will be neglected and outbreaks will be missed.

While wearable technology is far from foolproof, that doesn’t mean we should disregard it, especially since artificial intelligence is on track to become a core part of healthcare. Even if wearable technology helps detect only a handful of cases, it shouldn’t be underestimated. This pandemic started with one person. To catch one infection early is to potentially save thousands of lives.