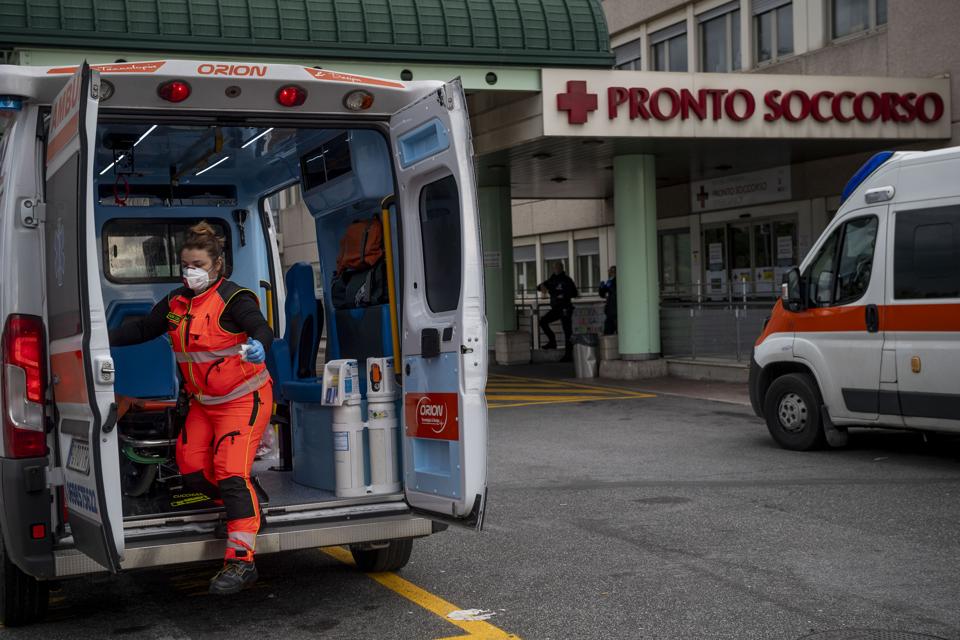 ROME, ITALY – MARCH 27: Medical staff work at the fourth Covid hospital in the Tor Vergata unit … [+] during the Coronavirus emergency on March 27, 2020, in Rome, Italy. Hospitals in Italy are under increased pressure as they battle to treat those who have contracted COVID-19. The Italian government continues to enforce the nationwide lockdown measures to control the spread of COVID-19. (Photo by Antonio Masiello/Getty Images)

Topline: Italy continues to be the country hardest hit by the Covid-19 coronavirus pandemic. Its Civil Protection Agency shared Friday it had recorded 919 deaths in the past 24 hours, making it the worst day yet in the country, according to Reuters.

Tangent: In some good news, a 101-year-old Italian man was released Thursday after recovering from the virus. The respiratory disease is particularly deadly for elderly people, and Italy has the second-oldest population in the world. In total, 10,950 people in Italy have beat the virus.

Key Background: Italians have been on lockdown since March 6. Its worst hit area is its most populous, the Lombardy region, accounting for 59% of the fatalities nationwide. Hospitals are expectedly packed and running short on supplies. A doctor died last Friday after having to work without protective gloves, according to the Washington Post. According to Johns Hopkins University, there are 585,040 confirmed cases of the coronavirus worldwide and  26,819 deaths.