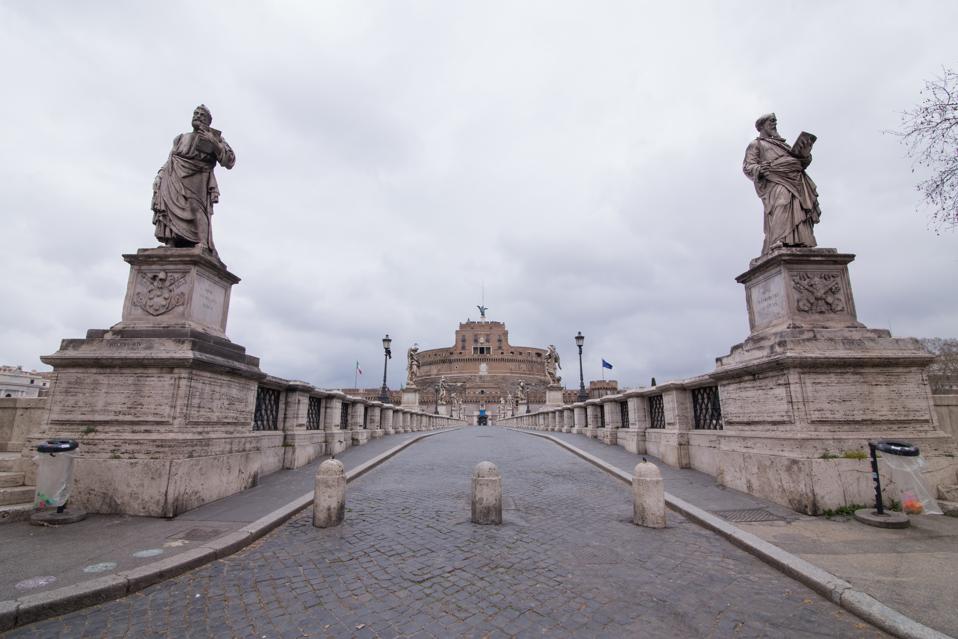 ROMA, ITALY – 2020/03/14: Empty street of Castel Sant’Angelo in Rome after the Italian Government … [+] Law Decree of 11 March 2020 which establishes the closure of shops and the prohibition of people leaving the house except for work or mandatory reasons, due to the epidemic of the Covid-19. (Photo by Matteo Nardone/Pacific Press/LightRocket via Getty Images)

As the country’s coronavirus response reduced electricity demand, people in Italy are now discovering the long-term advantages of so-called “smart” working. This glimpse of what the future may look like, however, shed light on some present challenges.

It’s difficult to make an estimate, but the number of people working from home may have reached 8 million (among 13 million total Italian employees) during the lockdown. The present outbreak created an extreme condition, in which nobody chose to work remotely but everybody was forced to do so, and proved it can still be effective.

In Italian law, autonomous work was regulated in 2017 allowing staffers to gain some degree of freedom. According to the Digital Innovation Observatories of Milan’s Polytechnic University, there were 570,000 “smart workers” last autumn (20% up from 2018).

“While other countries talk about ‘flexible working’ and regulations in this field are very much focused on fair opportunities, the Italian approach looks at a possible change in the way work is organized,” Mariano Corso, professor of Leadership and Innovation at the School of Management of Milan’s Polytechnic University, explains to Forbes.com.

“The concept of smart working – even when it is dependent – in Italy is based on the principle of accountability combined with a certain amount of freedom. Employees can choose when and where to do their job, accepting that they will be judged on the results they’ll achieve.”

Not everybody was ready for this. “Many companies improvised without having the necessary preparation. To make smart working feasible, companies need to have clear goals and allow their teams to work on that rather than play it by ear.”

Difficulties can be counterbalanced by lasting positive effects. With a sharp increase in workers who need a good connection at home, along with students not going to school but following classes online, networks are currently under pressure. “But this stress is anyway balanced by the huge energy savings that come with less commuting,” Corso adds. “Moving electrons is obviously easier than moving atoms and uses less energy.”

From an environmental point of view, remote working can help cut greenhouse gases. The Digital Innovation Observatories show this reduction can be up to 300 kg of CO2 emissions a year for each person working from home three to four days a month.

“Saying that working from home is not sustainable because houses will have to be heated during the day is a bit unwise, as offices would have been heated instead. For sure, smart working has a positive energy impact, mainly driven by a drop in transports.”

Indeed, the climate think tank Ember reported a dramatic fall in electricity demand everywhere in Europe – with Italy on top. They saw Italy’s electricity demand drop by 25% in three weeks, followed by Spain 10-15% and Germany, UK and Poland 8% so far.

So the increase in residential electricity use was more-than-offset by the fall in industry shutting and offices, restaurants and shops closing.

A strong change is visible in terms of energy prizes. As reported by Bloomberg, power prices have fallen across Europe and, the more a country relies on fossil fuels (like Germany), the more exposed are power prices.

While this is going to pass as the emergency will end, many lessons can be learnt.

“The important thing is that everyone remembers that these changes are just temporary. In the coming months, governments will pump trillions to revive the global economic recovery. How this money is spent will make the difference between seeing a big rebound in CO2 emissions, or setting us on the pathway to long-term decarbonization,” says Jones.

“Fortunately, solar, wind and efficiency projects tick all the boxes that policy-makers are looking for as they devise economic stimulus packages required to restore the global economy. Solar and wind are mature technologies with existing supply chains ready to rapidly scale up, they are capex-heavy and so will deliver immediate jobs and investment, and they will provide long-term cheap, carbon-free electricity which will put the economy on-track for long-term decarbonization.” 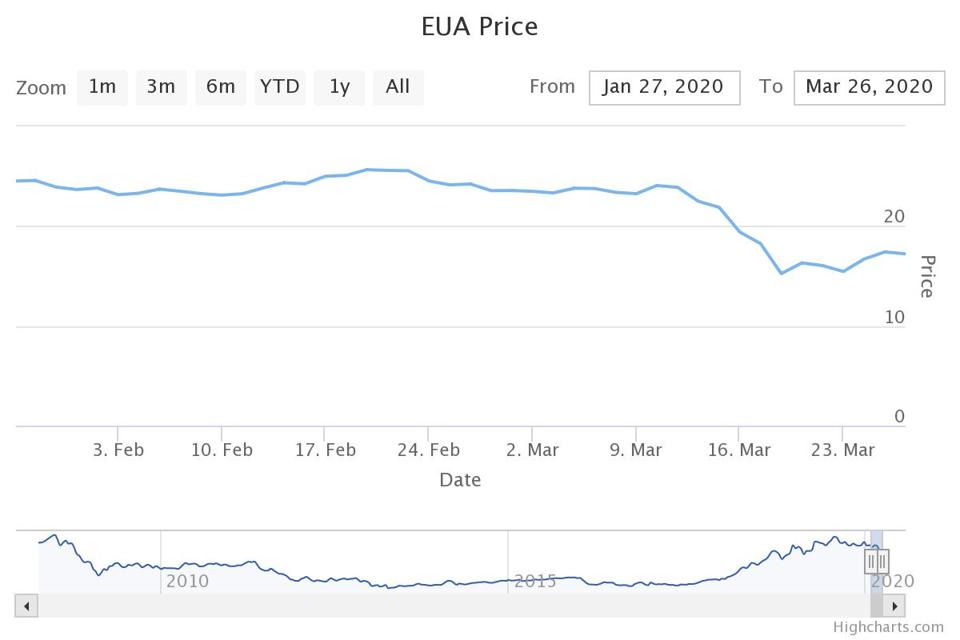 The European carbon market is being affected by the lockdown, as prices have fallen by about 30% in two weeks. “There was already a process for carbon market reform happening next year at the European Commission, and the pandemic will mean that the extent and urgency of those reforms will be bigger than they would have been,” Jones says. “However, it’s clear that in the longer term carbon prices will return: Europe is committed to a net-zero emissions by 2050, and also to carbon pricing playing a role in that.”

Máximo Miccinilli, energy director of the Centre on Regulation in Europe (CERRE), believes that the pandemic “is a game changer for the existing EU energy and climate policies” and, although “it will require a smart adaptation of the original EU Green Deal plans”, it would be “unacceptable to use the pretext of the COVID-19 crisis to weaken the existing pillars of EU energy and climate policies”.

Home working can become a useful tool to reduce the carbon footprint. Ready or not, Italian smart workers are already having a glimpse of what the future may look like.

Corso says that it’s been like an intensive course on digital conferences, so the legacy is potentially great. “We will learn a lot from these exceptional times. Everybody discovered in just a few weeks the possibility of doing so many activities remotely. Everybody had to become a digital citizen, or no citizen at all. We have to be very focused on not going back to the previous status of work, once the emergency will be over.”

Warning: Here’s Why You Must Check All Your Home Delivery Text Messages

Airbus Pauses Production In Spain And France To...

Despite Ominous Words, It Makes No Sense For...

Another Small Business Headache: Some Employees Are Asking...