The curtain is up at Innovation Theater, where big, incumbent companies are scrambling to out-innovate their peers and stay ahead of fast-moving startups hell-bent on their demise.

The stage is filled with a Hollywood-worthy montage of hackathons, PR-friendly startup partnerships, accelerators, labs, venture investments and other programs meant to demonstrate how corporations are embracing the startup script that has been beating them at the box office.

According to estimates from Deloitte’s Doblin innovation consulting unit, 96% of all new innovation initiatives fail to make a return on investment. We have gotten through the first act, a comedy flop, and all signs indicate that the second act is a blockbuster in the making. We are now at the intermission.

The stakes are high. As Steve Jobs bluntly stated, “Innovation distinguishes between a leader and a follower.”

But is this Silicon Valley method acting working?

The data would suggest an emphatic no.

According to estimates from Deloitte’s Doblin innovation consulting unit, 96% of all new innovation initiatives fail to make a return on investment.

We have gotten through the first act, a comedy flop, and all signs indicate that the second act is a blockbuster in the making. We are now at the intermission.

What Is Innovation Anyway?

Innovation is an often misused and misunderstood business buzzword. A good guideline is Peter Drucker’s definition of innovation as “change that creates a new dimension of performance.”

Large corporations are slow-moving, process-driven and risk-averse. They optimize for preventing failure by tackling incremental projects.

But to innovate, you need to move fast, ignore process and take risks. This means optimizing for big ideas and embracing failure. The required cultural shift is often the biggest impediment to achieving real innovation.

The more a company can embrace what made it successful when it was a startup itself, the more likely it will resonate with audiences in an authentic way. As Thomas J. Watson, IBM’s Chairman & CEO from 1914 through 1956, stated, “Every time we’ve moved ahead in IBM, it was because someone was willing to take a chance, put his head on the block, and try something new.”

Act I: Mistaken Identities AKA Let’s Pretend to be a Silicon Valley Startup

Corporate innovation used to happen exclusively in the R&D labs, where scientists and researchers spent years testing and perfecting new technologies.  With the Cambrian explosion of technology startups in the 1990s, the “lean startup” model demonstrated that there are faster ways to get a product to market. A new breed of tech startups quickly disrupted entire industries and commercialized new products with no lab involved.

“The type of disruption most companies…are facing right now is a once-in-every-few-centuries event. Disruption today is more than just changes in technology, or channel, or competitors — it’s all of them, all at once.”

This led to a new set of challenges for most corporations. Steve Blank expertly summarizes, “The type of disruption most companies…are facing right now is a once-in-every-few-centuries event. Disruption today is more than just changes in technology, or channel, or competitors—it’s all of them, all at once.”

Big companies tried to copy the startup playbook and the result is a variety of programs—Venture Labs, Accelerators and Corporate Venture Capital (CVC)—that look like they generate a lot of activity, but rarely produce meaningful results. This is innovation theater.

Innovation theater is not working and corporations are quietly canceling their own programs. In fact, 60% of corporate accelerators shut down within two years and one-third of new CVCs stopped investing after five years.

Is the show over?

Historically, intermissions were needed to change candles during evening plays, then to change film reels. They gave audiences a break to purchase refreshments and re-energize for the second act.

Similarly, corporate actors are evaluating the data, learning from their mistakes, and preparing to re-emerge for a stronger Act II. 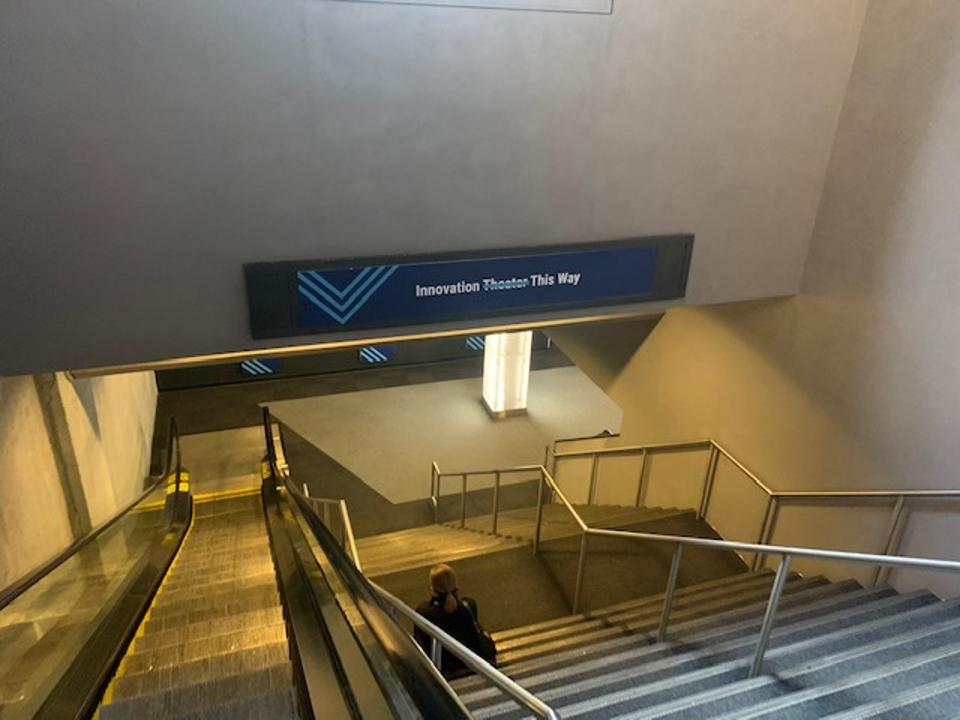 Sign at the CB Insights “The Collective” conference in New York, December 11, 2019

The next phase of corporate innovation is when things actually work.

One positive indicator is that CVCs are now achieving competitive financial returns, not just strategic goals. As most of the best CVCs will tell you, losing money is never strategic. This is especially true for those who have been fine-tuning their innovation programs over many years and have developed a culture of innovation.

A good example is Salesforce Ventures. It has been active since 2009 and has achieved 18 IPOs and 70 acquisitions (13 to Salesforce itself) after more than 350 investments. At the recent CB Insights Collective conference, John Somorjai, EVP of Corporate Development & Salesforce Ventures, attributed this to culture.

“Our founder Marc Benioff always talks about having a ‘beginner’s mind,’ and everyone in the company is attuned to this. We don’t have the mindset that we can build everything ourselves, which makes us open to working with startups who can do it better,” Somorjai said.

A second indicator is that more corporate programs are hiring from outside the company, bringing in people with credible startup and VC experience.

Citing an INSEAD report, Scott Lenet of Touchdown Ventures emphasizes that for corporate programs, “Experience is essential because it tends to attract quality deal flow and circumvent costly mistakes…hiring at least one experienced venture capitalist correlates with ongoing success.”

Finally, more corporate innovation arms are operating independently so they can move fast and keep investment decisions in the hands of experienced investors, rather than requiring internal bureaucracy and executive approvals on every deal.

Ulrich Quay, Managing Partner of BMW i Ventures, which has had nine unicorns in ten years, states that “One key success factor is our ability to make investment decisions independently.”

These notable improvements are foreshadowing a better future for corporate innovation. The corporate actors are learning their new lines and getting ready to take center stage for Act II. Grab the popcorn and prepare for an action-packed show, which may take you out of the theater entirely. 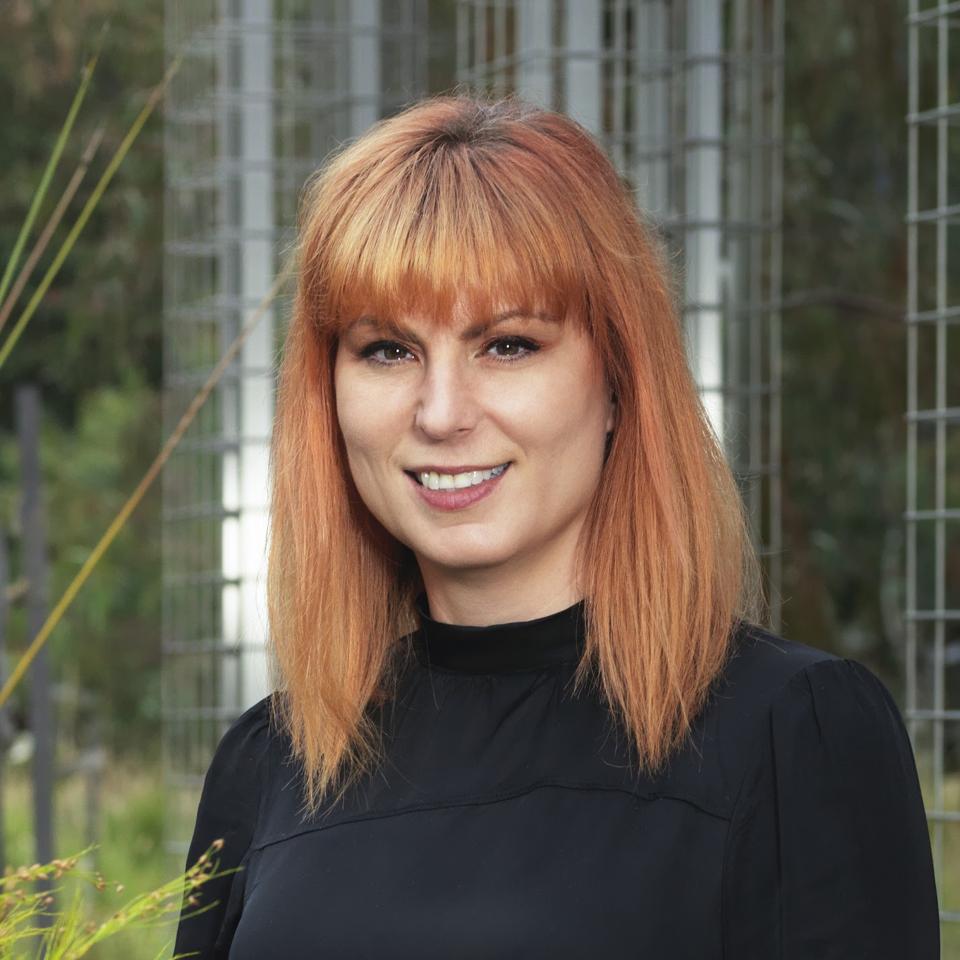 Jules has been on all sides of corporate innovation as an entrepreneur, intrapreneur, consultant and corporate executive. She is a Co-founder and Partner at IBM Blockchain Ventures and runs the Columbia | IBM Blockchain Accelerator program. She is publishing a book on corporate accelerators next year.

How To Get Customers To Trust You

As Europe Locks Down, Sweden Takes A Liberal...

How Much Should Older Workers And Retirees Invest...