Breaking
How to Build a Sales Forecast Model
The Unexpected Ways COVID-19 Has Forever Changed What...
Google Posts: Conversion Factor — Not Ranking Factor
How To Bring Your Branding To Life
Coinbase Cofounders And Investors Poised To Rake In...
How To Stay Top-of-Mind For Your Audience With...
Employers: Eight Red Flags You May Not Notice...
The benefits of videoing in the automotive industry
Ted Lasso, Other Apple TV+ Shows Arriving Soon...
How To Incorporate Click And Collect Into Your...
What Are Working Capital Loans and When Should...
The 10 Biggest Trends in Entrepreneurship to Look...
Clubhouse Has Grown 10X In Two Months. Here’s...
Here’s Why Tyson Foods Stock Looks Undervalued At...
How To Maintain Client Relationships During Long Projects
WhatsApp Is Pushing Ahead With Its Controversial Privacy...
Home Technology It’s Not All Black And White: Melanism In Mantas
Technology

It’s Not All Black And White: Melanism In Mantas

(Yes, a comprehensive study of the DNA of mantas and mobulas reclassified mantas in the genus Mobula in the Zoological Journal of the Linnaean Society recently.)

They are one of the ocean’s most iconic animals, gliding effortlessly through the water in stunning acrobatic moves that leave many speechless. Their black-and-white coloring is one of their most defining features, and a few individuals decided to forgo the lighter of the two colors and are instead all black. Rarely seen or photographed, it is unknown is this one-tone coloration has any impact on how it lives its life. 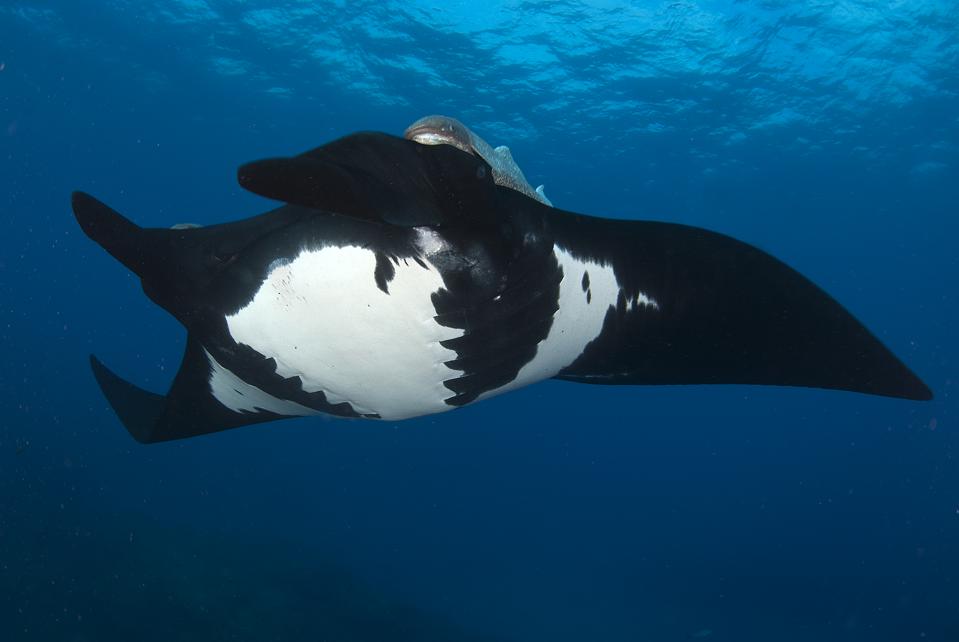 Insert the Marine Megafauna Foundation (MMF) and a team of scientists from the University of Western Australia, University of Papua, Udayana University, Murdoch University, and Macquarie University to investigate melanism in this marine animal. Melanism, a common phenomenon in the animal kingdom, is an increased amount of black (or nearly black) pigmentation in an individual. While often seen in terrestrial animals, melanism is rare in the marine world and mantas are the only elasmobranchs to exhibit this coloration.

The researchers found that the frequency of melanism in mantas varied in the different locations and may be the result of random evolutionary processes such as genetic drift instead of, say, predation. Using long-term photo identification available on the MantaMatcher platform, the featured Proceedings of the Royal Society B study shows that melanism was most prominent in the Raja Ampat (West Papua, Indonesia) population of reef manta rays (40%) and in the Ecuador population of giant manta rays (16%). “The variation in melanism frequency across locations raises the questions of why melanism has persisted in manta rays, and why it is more common in some populations than others,” said lead author Stephanie Venables, a researcher for the Marine Megafauna Foundation and PhD candidate at the University of Western Australia.

Could these species be exhibiting prolific melanism for improved camouflage? The scientists wondered this too, and looked at survival rates between melanistic mantas and typical-colored manta rays. “Because of their size, manta rays don’t have many predators, mainly larger sharks and orcas. Despite being less camouflaged, we found that predators don’t appear to target black mantas more than normal colored mantas, as survival rates were equal,” commented Dr. Andrea Marshall, co-founder and principal scientist of MMF’s global manta ray program. 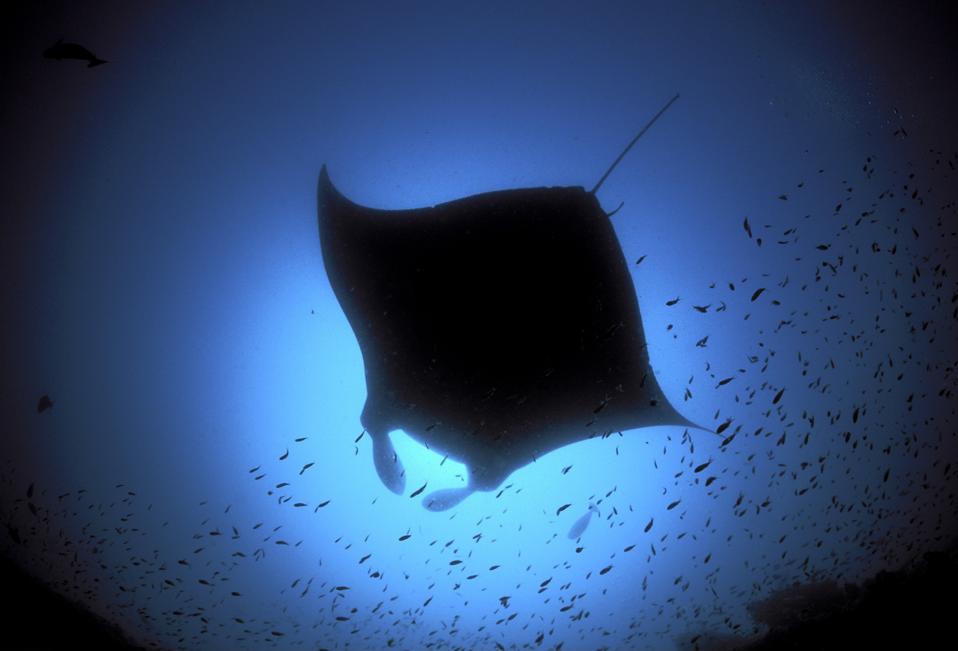 So what could possibly influence melanism in these populations? This genetic trait may just be the result of a random evolutionary process, occurring in a population by chance. According to the study, there is evidence that melanism may spread between neighboring populations through gene flow. However, even with this insight much is still unknown about this phenomenon. “Understanding melanism can give us insight into how global manta ray populations are connected, and how certain traits spread across different locations. We are only just beginning to understand melanism in manta rays and we hope that future research will reveal more about this fascinating trait,” explained Venables.

What Saws, Scissors, And Sharks All Have In Common