IUPUI Made Its First-Ever NCAA Tournament — Then, The Season Abruptly Ended 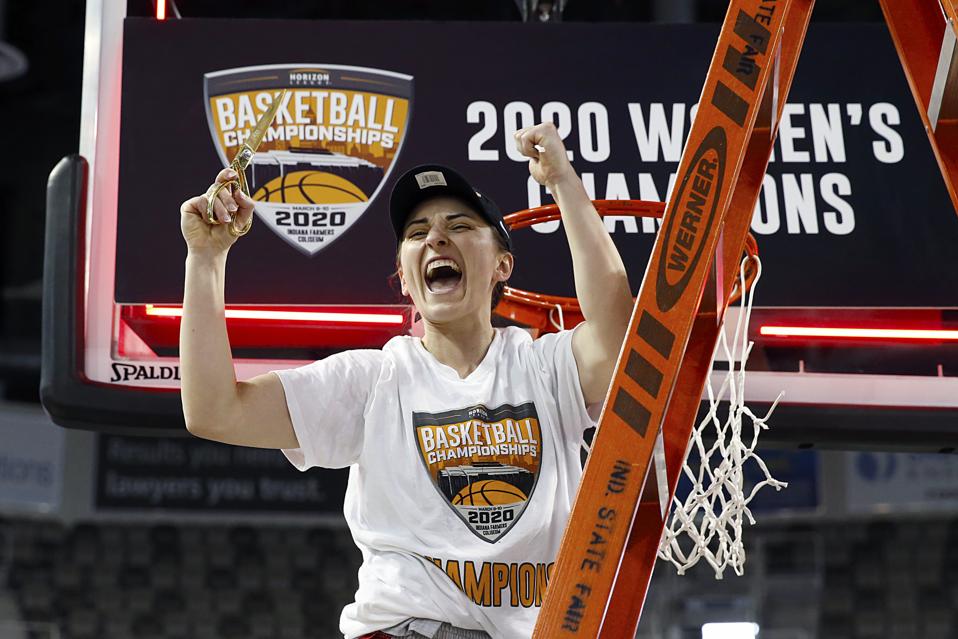 INDIANAPOLIS, INDIANA – MARCH 10: Holly Hoopingarner #4 of the IUPUI Jaguars cuts down the net after … [+] a win in the Horizon League Women’s Basketball tournament over the Green Bay Phoenix at Indiana Farmers Coliseum on March 10, 2020 in Indianapolis, Indiana. (Photo by Justin Casterline/Getty Images)

Austin Parkinson was in the middle of a live radio interview Thursday when he got the news.

The text the IUPUI women’s basketball head coach received was ambiguous — something was canceled — so he continued the interview. When he was done, he had several texts from his players confirming the sports world’s latest bombshell.

After winning their first Horizon League championship on Tuesday, the Lady Jags wouldn’t be making their first-ever NCAA Tournament appearance after all. The tournament had been canceled due to concerns about the spread of coronavirus.

“We kind of anticipated the way things were going with the NBA and some of the other stuff that it might happen,” Parkinson said. “But when it actually happened, it was very unexpected. It felt like a sudden death. You know, out of nowhere.”

The news came after a historic season for IUPUI, who had just completed its third season in the Horizon League. It finished at the top of the table for the first time in the regular season and, of course, had just won its first conference tournament title.

Getting to that point was rewarding, and Parkinson — who was named Horizon League Coach of the Year — spoke at length about how special this group of players was. “High-character,” “enjoyable” and “connected” were the watchwords, he said.

After losing their opening conference game at Youngstown State, the Lady Jags responded by putting together a Division I program-best 13-game winning streak. Parkinson credited the team’s “one game at a time” mentality with the focus they achieved during the run.

The 13th victory came at Wright State, winners of two of the last six Horizon League tournament titles, and represented a season series sweep for IUPUI. It also clinched the team a share of the regular-season Horizon League title — not that the players knew that.

“After we won that game, in the locker room, I told the team, ‘Hey you guys just clinched a share of the Horizon League regular-season title, first time in school history,’” Parkinson said. “And not one person in the room knew it, outside the coaches. They had no idea, because they really had bought into that ‘one day at a time’ focus.”

Horizon League stalwart and NCAA Tournament regular Green Bay — who had earned every NCAA automatic bid that Wright State didn’t since 2011 — was another story. The Phoenix and the Lady Jags split their regular-season meetings, each winning on the other’s home court. With Green Bay owners of the two-seed tiebreaker over Wright State, it set up a No. 1 vs. No. 2 matchup in the Horizon League tournament final.

Holly Hoopingarner, IUPUI’s lone senior, was named tournament MVP after leading the team with 16 points and four assists in the 51-37 win, which ended with the Lady Jags holding the Phoenix to zero fourth-quarter points. Horizon League Player of the Year Macee Williams, a junior, was one rebound shy of a double-double and joined Hoopingarner on the all-tournament team.

“There was no backing into a conference title, and you had to go out and beat a [Green Bay] program that was well-coached and had been there before,” Parkinson said. “And so I think for our kids, that was a special moment.”

That game — and all that came with it, between getting to celebrate the win at Indiana Famers Coliseum just 15 minutes off campus and cutting down the nets — was, of course, their last.

That day, after the win, the team had been thinking the exact opposite was true, that their season was guaranteed to continue. Looking back, the whiplash between then and now hit hard.

“Usually you have an idea when you play an opponent at the end of the year, like, this potentially could be our last game, whether you win or lose,” Parkinson said. “And you’re sitting on the couch and you find out, well, it’s over.” 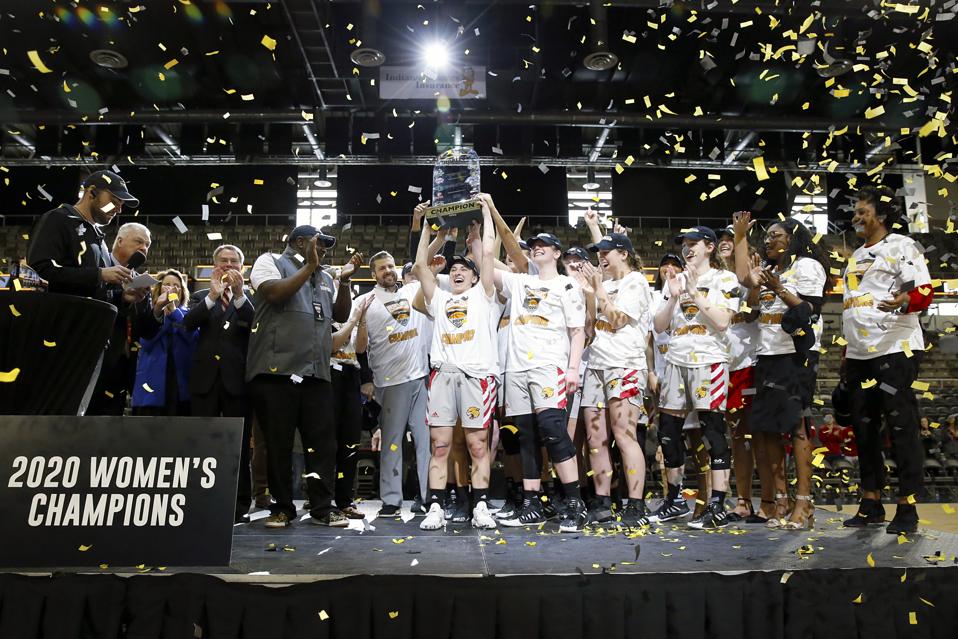 Following a death, much of the time, comes a celebration of life. After the “sudden death” of their season, that’s what the Lady Jags did on Friday as they met to digest the news together for the first time: celebrated a great season.

“We went around the room and had everybody talk about what they were thinking about when the final buzzer went off, what everybody was thinking about during the game, what they did after the game,” Parkinson said. “We just tried to make it as positive as possible.”

The team was looking forward to being a part of the selection show, an experience they’re now disappointed to have to miss out on, and one that media and coaches alike have floated by the idea of broadcasting anyway.

But a bigger part of the end of the season for Parkinson, who later gave “senior leader” Hoopingarner a call to have a deeper conversation about the emotional ride they’d been on, was that it also meant the end of this group playing together.

“I actually thought this team could get to a Sweet Sixteen,” Parkinson said. “I think our kids really thought they had a chance to go do some things.”

It was the right decision to cancel, though, he agreed. And after everything, being one of the few teams to get to play — and win — their conference tournament provides an important silver lining.

“At the end of the day, they get to walk away from their last game knowing they’re champions and that they won their last game,” Parkinson said. “So in the short term, it’s really tough. But long-term, I think they’ll always be able to look back with positive memories.”

France Issues Lockdown As Coronavirus Rages Through Europe. Here’s How Other Countries Are Slowing It Down.

The Art Hidden In The World’s Largest Nuclear...

Three Ways To Prepare For The Post-Pandemic Customer...