Breaking
How To Use Content To Draw Others To...
Apple Loop: New iPhone 13 Leaks, Apple’s App...
25 of the Best Add-On Slack Apps to...
How to Resolve Duplicate Content
How Millennials Are Changing The Face Of B2B...
Bloggers of the Month: Kelly Jackson & It’s...
As Bitcoin Suddenly Surges Over $50,000, The Price...
In The Race To Retail Dominance, Customer Service...
Meet Onesimus, The Enslaved Man Who Saved Boston...
How to Build a Sales Forecast Model
The Unexpected Ways COVID-19 Has Forever Changed What...
Google Posts: Conversion Factor — Not Ranking Factor
How To Bring Your Branding To Life
Coinbase Cofounders And Investors Poised To Rake In...
How To Stay Top-of-Mind For Your Audience With...
Introducing The Chrome Extension: Get Share Counts, Links...
Home Business J Balvin Now Claims The Fifth-Most Latin Chart Hits Of All Time
Business 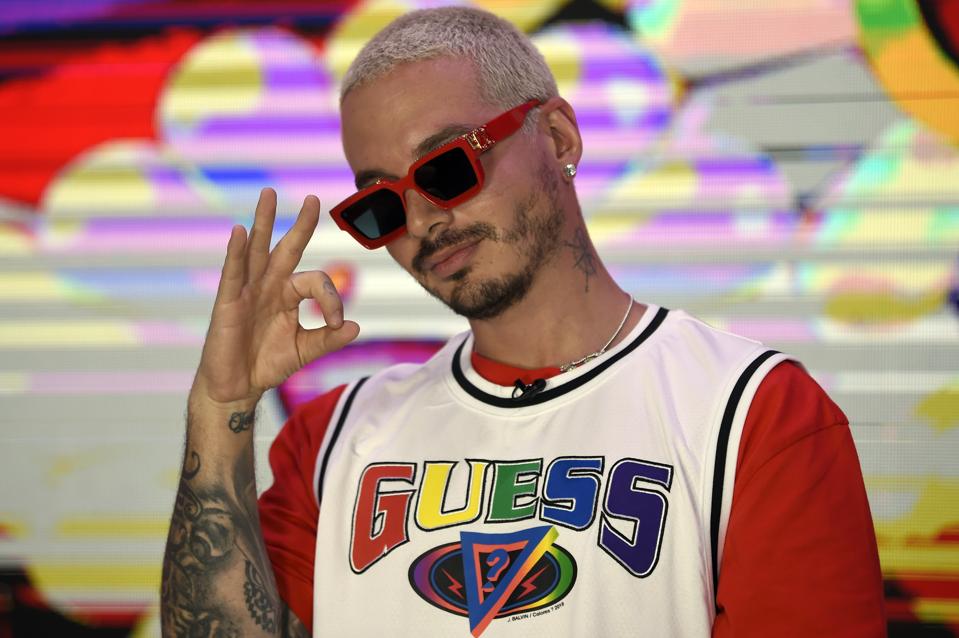 As his new album Colores debuts inside the top 20 on the Billboard 200 and at No. 2 on the Latin Albums chart (behind only Bad Bunny’s sturdy release YHLQMDLG), he invades the Hot Latin Songs tally, which ranks the most-consumed Latin tracks in the country every week. His takeover is impressive, and by collecting a handful of new placements on the list, he adds to a historically-high number of charting hits.

On the current Hot Latin Songs chart, J Balvin claims a dozen of the 50 available rungs, which is a kind of domination only seen by the biggest names in the business. Seven of those cuts are new to the tally, which ups his career count to an important place.

J Balvin has now charted 65 tracks on the Hot Latin Songs ranking, which stands as the fifth-most among all acts in the list’s history. He narrowly missed tying for fourth place by just one tune, but he will likely make it to that mark in the coming months, as he isn’t one to let much time go by before he shares new music.

Leading the way among all Latin acts when it comes to the most appearances on the chart is Bad Bunny, who has now made it to the list with 83 different songs. That figure increased considerably just a few weeks ago when his album YHLQMDLG and the songs featured on it debuted.

Daddy Yankee and Ozuna come next, and they are only separated by one placement. The former has now landed 74 wins, while the latter has collected 73, but those numbers are sure to change any week now.

Just ahead of J Balvin in fourth place is norteño group Los Tigres del Norte, who have proved their immense popularity by pushing 66 tunes onto the Hot Latin Songs chart throughout their time together (which has technically been decades).

Before this week, J Balvin was tied for the fifth-most Hot Latin Songs hits with the legendary Vicente Fernández, who managed 58 successes. Now, he has been pushed out of the top five when it comes to the musicians who have appeared on the chart the most times, a region he has resided within for a long time.

J Balvin currently claims four of the top 10 spots, but that kind of showing is nothing new for the superstar, who rarely if ever leaves the highest tier entirely. Only two of his 12 currently-charting tracks fail to make it to the top 40, while the rest are proper hits, even if they vanish next week (which some surely will).

SAP BrandVoice: Decision Intelligence In The Time Of COVID-19