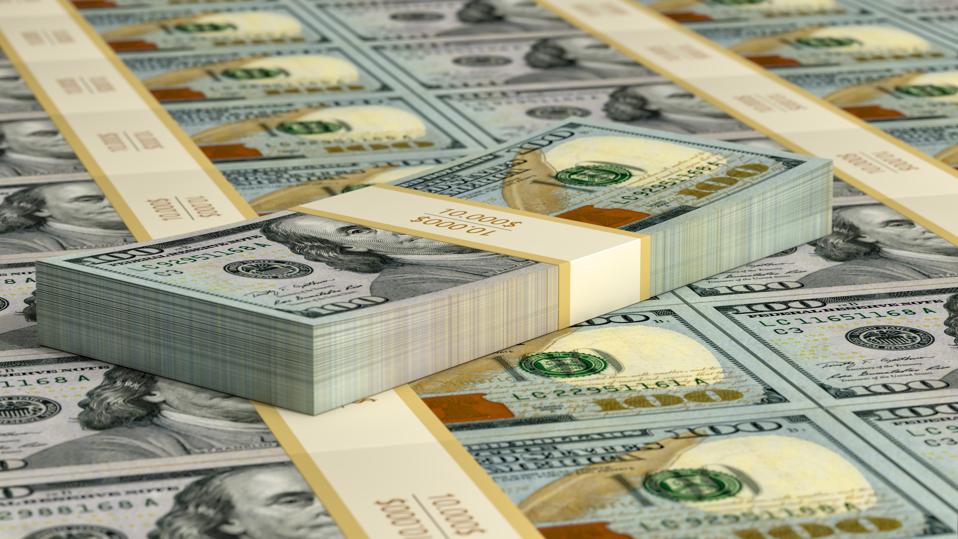 The NASDAQ-100 NDAQ performs better. The S&P 500 performs better. So does the Dow Jones Industrial Average. Every one of those indexes looks better right now than the benchmark financials index, the Financial Select Sector SPDR Fund —usually referred to by its symbol, the XLF.

The 3 major components that can’t quite keep up are Berkshire Hathaway BRK.B , J.P. Morgan and Bank of America. That’s Warren Buffet’s outfit and 2 of the most well-known, storied names in banking. In previous markets, the combination of low interest rates and low oil prices would have them rocking.

Not this time around, though. Take a look at the charts: 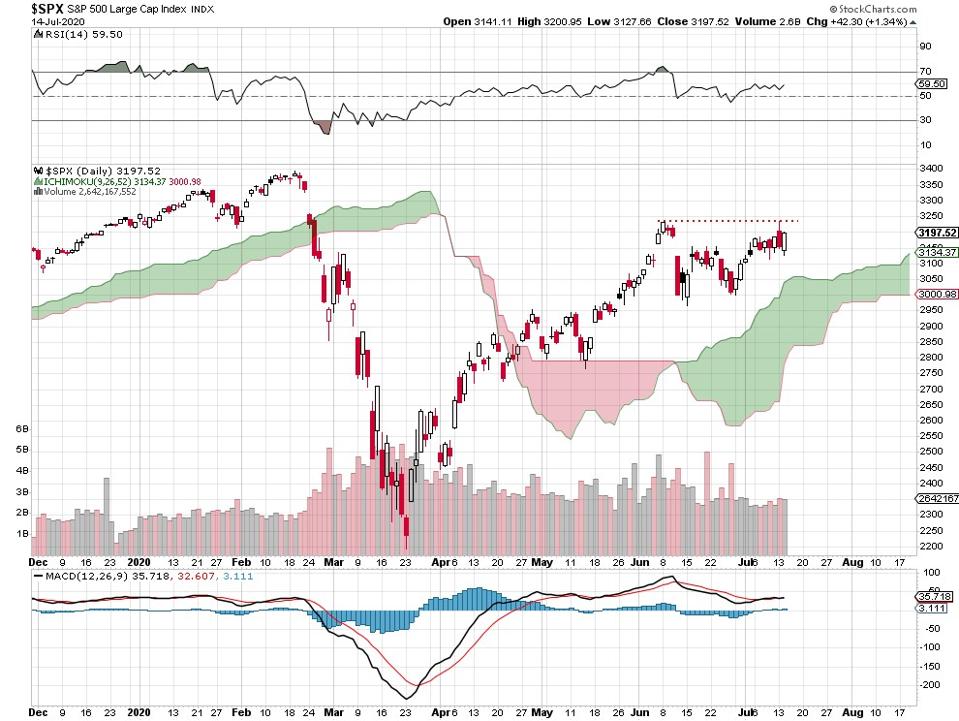 Note how the June high price — rallying off the mid-March lows — finally peaks at just under 3250. The taking of profits ensues and a short drop into mid-June can be seen. Then, in early July, the S&P 500 rallies back up to that 3250 level. 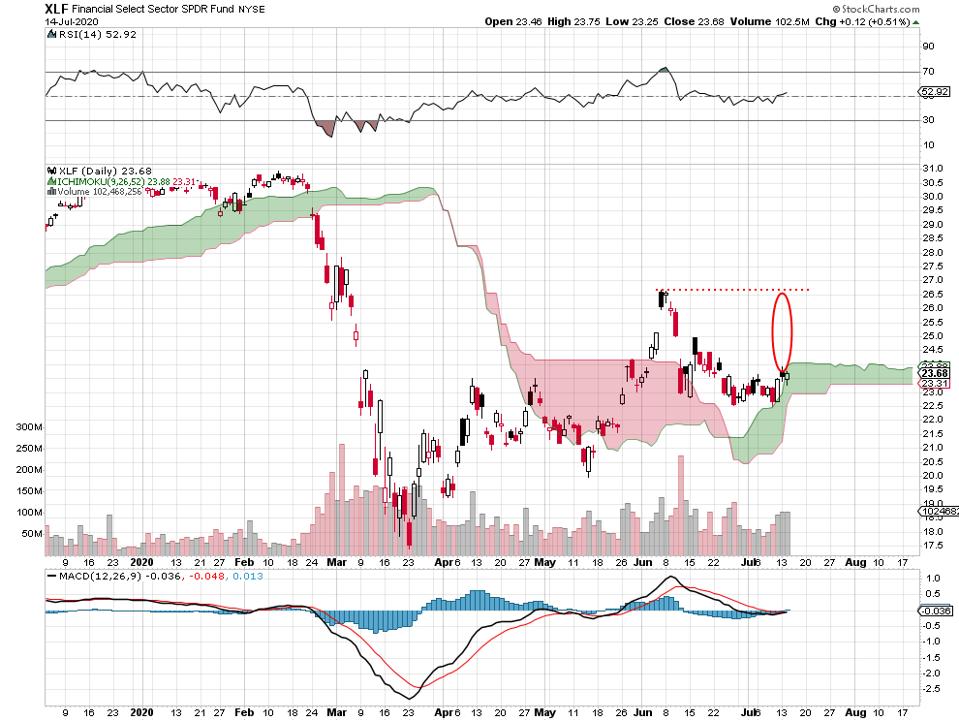 This benchmark for the financials also rallied from March to the beginning of June. Selling came in and instead of rallying back to the early June high, XLF remains stuck well below that level. Take a look at how different this is than the S&P 500 price chart above — it’s striking how much this sector is underperforming.

Berkshire Hathaway is the largest XLF component — the legendary Buffet/Munger stock has a price chart that looks like this: 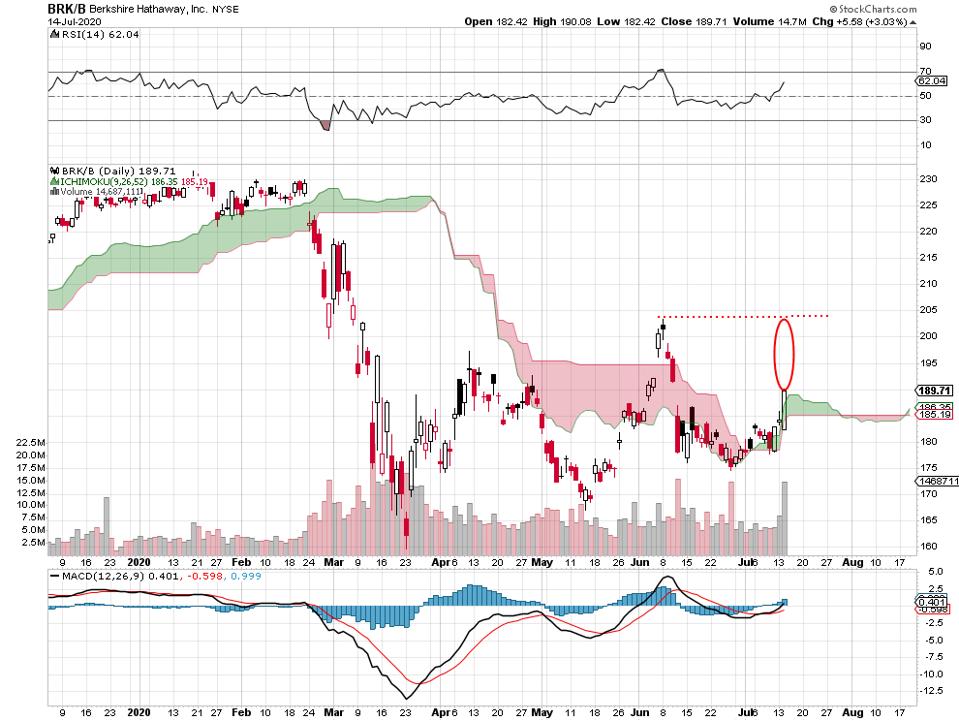 You can see that the stock managed to rally from the March wash-out lows and then peaked at the beginning of June. From there, it’s selling and an attempted rally in early July that fails to make it back to the early summer 205 level. Nice positive volume boost this week, but Berkshire is underperforming vis a vis the S&P 500.

J.P. Morgan is another large component of the financials benchmark. Here’s the big bank’s chart: 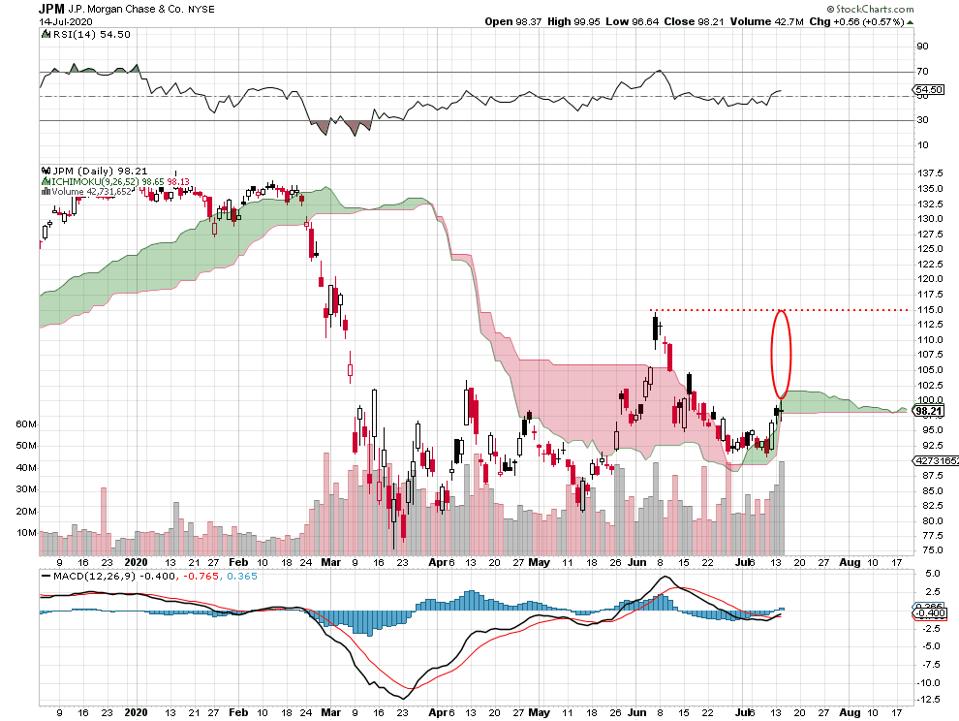 This one is about the same as the Berkshire look: the rally from mid-March into an early June high and then a month’s worth of selling. The early July buying can’t bring J.P. Morgan back to the early summer high — even with very good buying volume coming in. 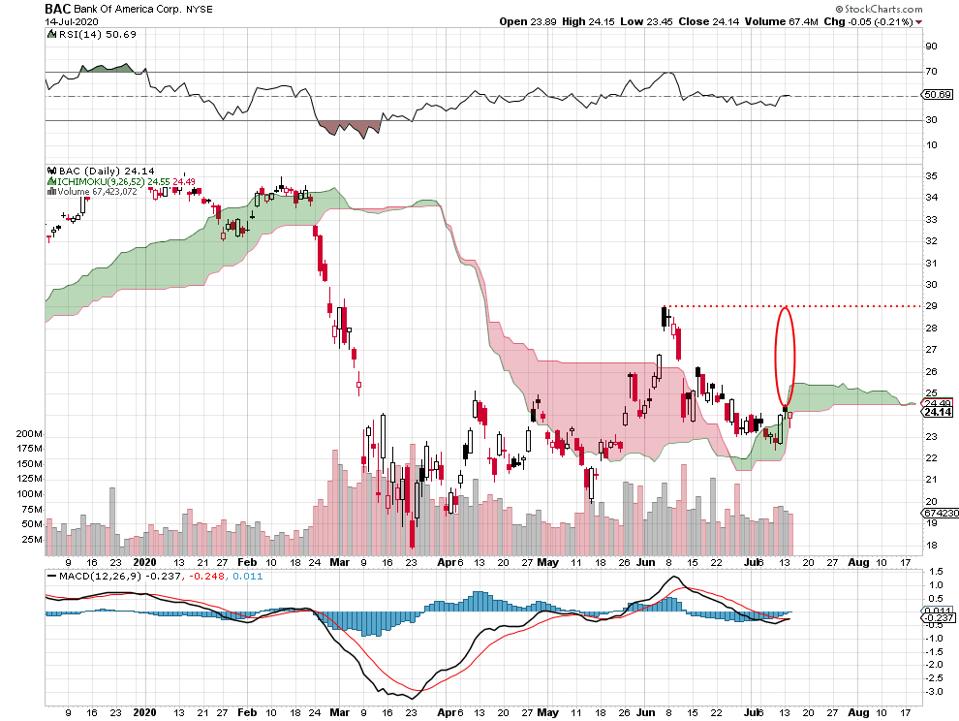 There’s the February-to-March tankage followed by an erratic rally that makes it up to the 29 level by the beginning of June. Then the selling returns and, thus far, Bank of America is unable to rally back up to its early summer peak.

If you compare each of these charts to the S&P 500 chart, you will see how a serious lack of buying is preventing this sector from keeping up. It’s even more dramatic if you compare these to the NASDAQ-100.

I’ll leave an explanation for the possible reasons to all of the fundamental analysts with MBA’s being paid so well up and down Wall Street. Just looking at the price charts, it’s odd and unsettling to see these financial stocks unable to gain real traction these days.

Should You Consider The ‘Lite Beer Of Investing’...

Oil Companies Are In Crisis Mode. This Is...

How Huawei Could Save Itself: A Five-Point Plan