Breaking
U.S. House Passes Bill To Create First Crypto...
Top 3 Lessons For Financial Independence
The Ultimate Guide to Saving Money
Lights, Camera, Action—Is There A Post-Covid Future For...
7 Ways to Reduce Human Errors in Your...
How ‘Couples Therapy’ Used Technology To Cope With...
Can You Settle Your Student Loans Or Negotiate...
7 Best Practice PR Tips For Your Next...
How to Use Amazon Attribution For Ad Campaigns
What are the Makings of a High-Quality Link?
How To Quickly Start And Scale Your Business
Terra Virtua: What NFTs Can Teach Us About...
5 Easy Steps To Prepare Content For E-A-T...
Physical Inactivity Linked To More Severe Covid-19 Infection...
The 2021 Estimated Tax Dilemma: What Tax-Return Pros...
Want To Digitally Transform Your Business? Start With...
Home Business Jaguars Address Top Priorities For 2020
Business 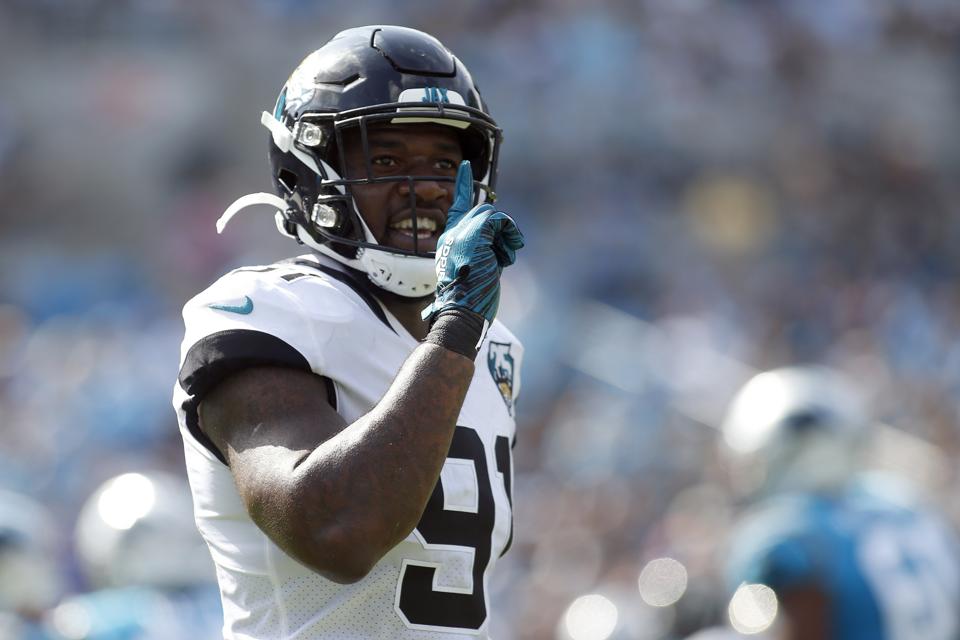 Now that Jaguars owner Shad Khan has announced that general manager Dave Caldwell and head coach Doug Marrone will both be returning for the 2020 season the organization will turn its attention to fixing the team both on and off the field. For a team that finished 2019 with a 6-10 record, there is a lot of work that needs to be done.

“Shad [Khan] has made it very clear to both of us that the results of the past two seasons are nothing short of disappointing and expectations are high going forward. I know in my heart, like I said before, I can take this team to better roads and can do a better job. The city deserves that, our sponsors [deserve that], [the] people in the building and obviously especially our fans, they deserve that,” Marrone said. “This community has embraced our players and our coaches, and I can promise you that we’ll do a better job for Jacksonville and the Khan family moving forward.”

Khan addressed his disappointment with the team’s performance in a statement.

“The 2019 season was unacceptable and I’ve made my dissatisfaction clear. While many unusual circumstances influenced our season, none can fully explain or defend our second-half collapse with first place in the division within reach on Week 9,” Khan said in the statement. “At the same time, there were positive developments and contributions that should not be overlooked.”

The Jaguars are only two years removed from the 2017 team that finished a win away from a Super Bowl appearance. Khan would like to see this front office pick up where it left off after winning that AFC South Division title.

“We came out of our AFC Championship Game season of 2017 by making a four-year commitment to the collective leadership of our football operations. Only two seasons have passed and one change from that leadership team has already been made. I want to see what we produce under a new organizational structure in 2020. Goals have been established. Accountability will be paramount.”

In the statement, Khan revealed the position of Executive Vice President of Football Operations will not be filled in 2020. Tom Coughlin held that position until he was fired on December 18th.

“Dave and Doug will each continue to report directly to me, as they have since mid-December,” Khan noted. “Our work begins immediately. We have a lot of draft capital in our favor to help us achieve our goals for 2020, and beyond.” 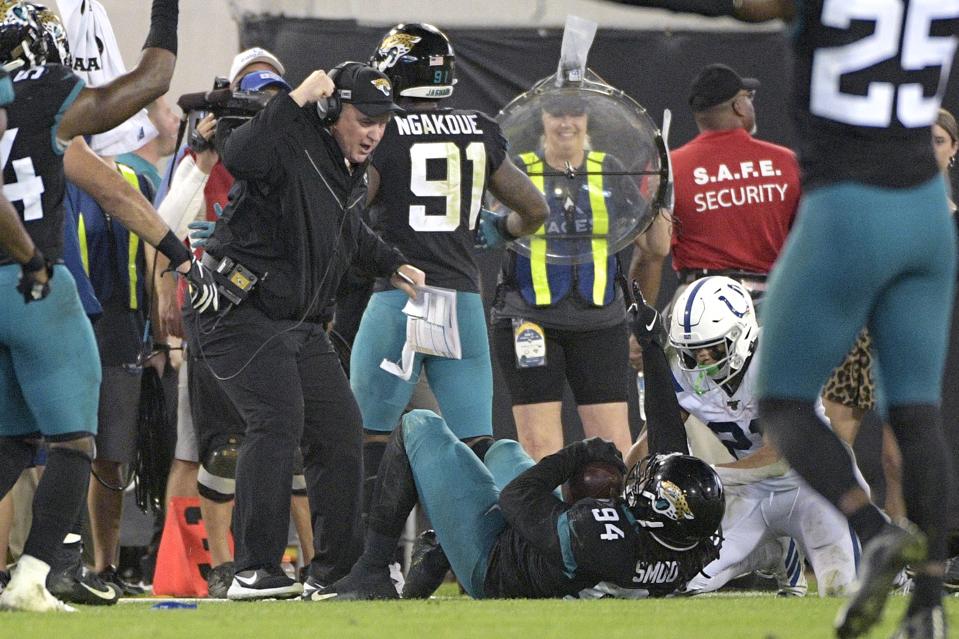 In looking ahead to the new season, Marrone and Caldwell intend to mend the Jaguars’ weaknesses one step at a time. Marrone addressed his vision for 2020 with reporters in Jacksonville and explained he will self-evaluate and also meticulously review 2019 to determine what needs to be done.

“How do we get better specifically, which was talked about during the year which everyone knows, from penalties, through personnel, through the way we train our players, the way we treat our players. When I talk about treat, I’m talking about actual treatments and the training room,” Marrone explained. “And I think these things, especially situationally, I know that I brought up some things in our meetings that as we go forward and we start with the players reporting, and coming in and things of that nature, I’ll let out. So, I think that those are things that we have not done a very good job of these past few years, that we have to work together to get done. So again, I talked to everyone about those plans and, actually, we’re going ahead and moving forward right now and trying to get those things in place.”

The Jaguars’ head coach will also take a solid look at his assistant coaches in determining whether changes are needed on his staff.

“I think it is something that is going to go back and be evaluated. I think, obviously, my focus and concentration at the end was to get our players in a better position to perform,” he explained. “I think I am going to go back through the same process of looking at the staff, seeing what we can do … I think part of being a good leader is being able to make sure that you have the people in the right position, and you can get the most out of them in that position with their strengths.” 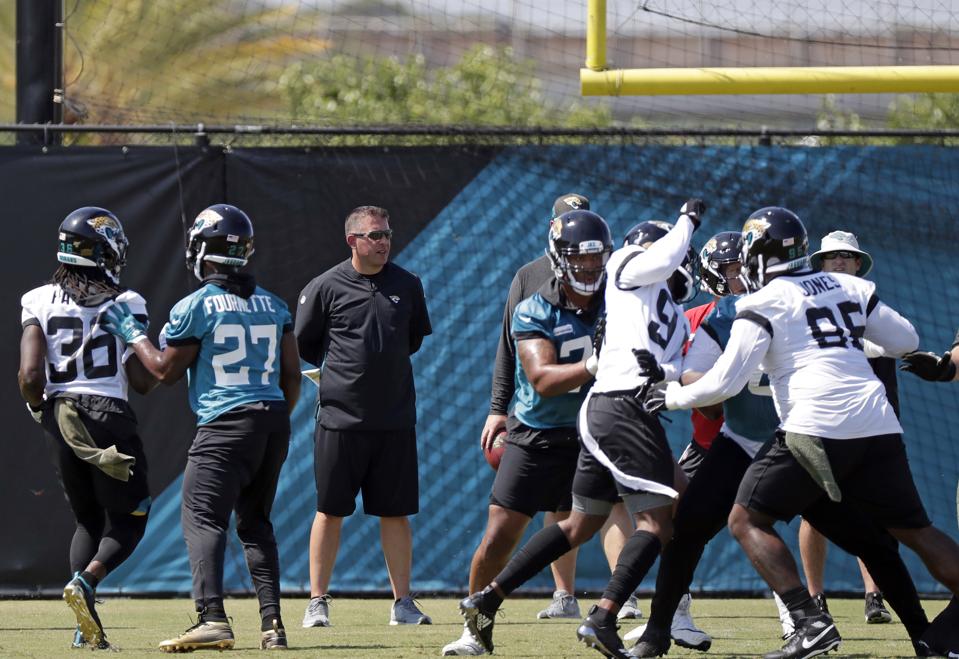 The Jaguars coaches are slated to return to Jacksonville on January 13th. Caldwell also weighed in on improving the team.

In the near future, the team’s main focus will be to sign defensive end Yannick Ngakoue. This season he finished the final year of his four-year $3,480,587 contract with the Jaguars according to Spotrac.com. His early season contract negotiations with Coughlin did not go well.

“He’s a tremendous player, he’s an even better person. How he handled his business this year was tremendous,” Caldwell said. “I would say that’s priority number one, to make sure that he comes back to Jacksonville and [that] he’s a Jacksonville Jaguar, so hopefully we can get that done where he’s here for a long period of time.” 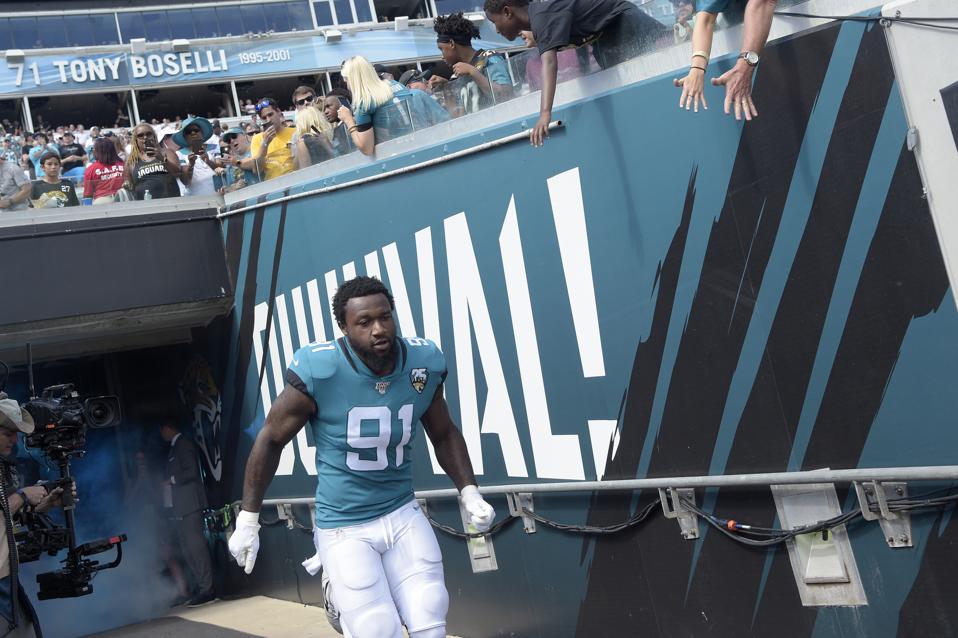 Caldwell has plenty of work ahead as he tries to improve the talent of the team’s roster this offseason.

“It is twofold. One, it is going to be challenging. That is nothing we have not faced before. We have done it before from 2016 to 2017 and when we first got here, we had a lot of holes to fill,” Caldwell noted. “We do not have nearly as many to fill as we did in 2013 and 2014. We have the assets and the draft capital to be able to do that. We have two first round picks. We have an extra fifth round pick this year, and we will be in a good situation from our cap standpoint, too, if we need it to go out and get free agents and fill some holes before the draft.”

The Jaguars also have the 9th and 20th overall draft selections in the first round of the 2020 NFL Draft. The team intends to build on the development of last year’s 1st Round Draft Pick (7th overall) Josh Allen out of the University of Kentucky. He was one of the bright spots for Jacksonville during the 2019 season. After signing a four-year $22,742,638 contract, he certainly answered the call in 2019. The 23-year-old wrapped up the season with the most sacks (12) and the second most pressures (49) among all rookies according to Pro Football Focus. 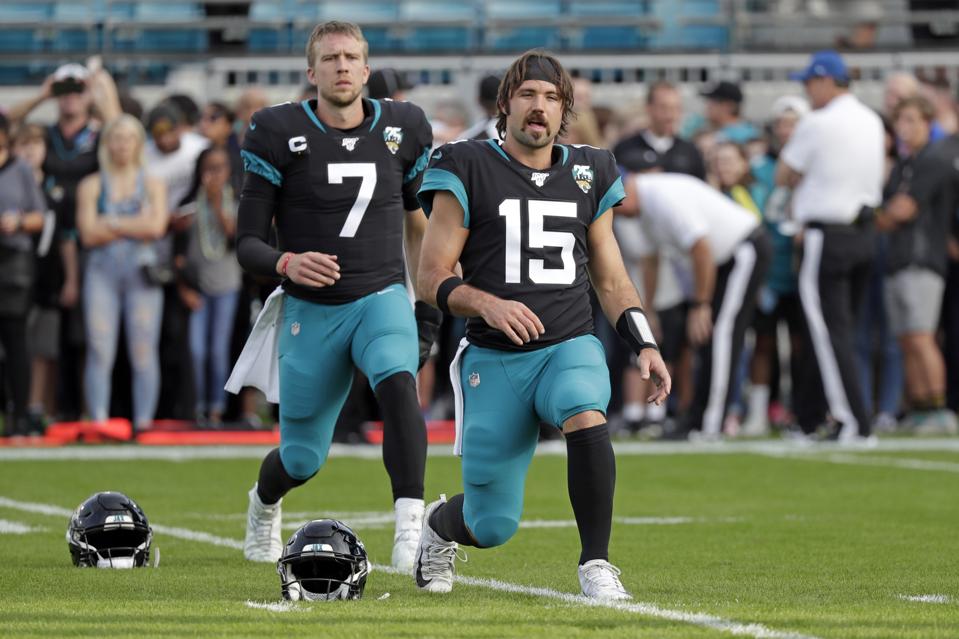 Meanwhile, Minshew, the rookie quarterback drafted out of Washington State in the 6th Round (178th overall) of the 2019 NFL Draft, was also a promising sight for the Jaguars. He wrapped up the first year of his four-year $2,710,884 contract per Spotrac.com, finishing the season with a 6-6 record while starting. Meanwhile, his veteran counterpart, Nick Foles, struggled and could not lead the team into the win column. He was 0-4 as a starter in 2019 which was a disappointment especially considering he signed a four-year $88 million contract. When asked about who will be the starter, Marrone’s answer was non-committal.

“I think we have two that I know about right now and I really feel comfortable with them. I think it’s something that we have to use in our favor,” Marrone added. “In the past, there have been situations where we haven’t had many or maybe I’ve just had one. I’ve never had two. We’ve got to do a heck of a job making sure we’re getting both guys ready.”

Marrone and Caldwell no doubt both appreciate Khan’s confidence in them and they know they will have to work diligently to create a winning atmosphere for the Jaguars in 2020.