Jamel Herring Shows Off His Absurd Abs, Proves His Desire To Stay A World Champ 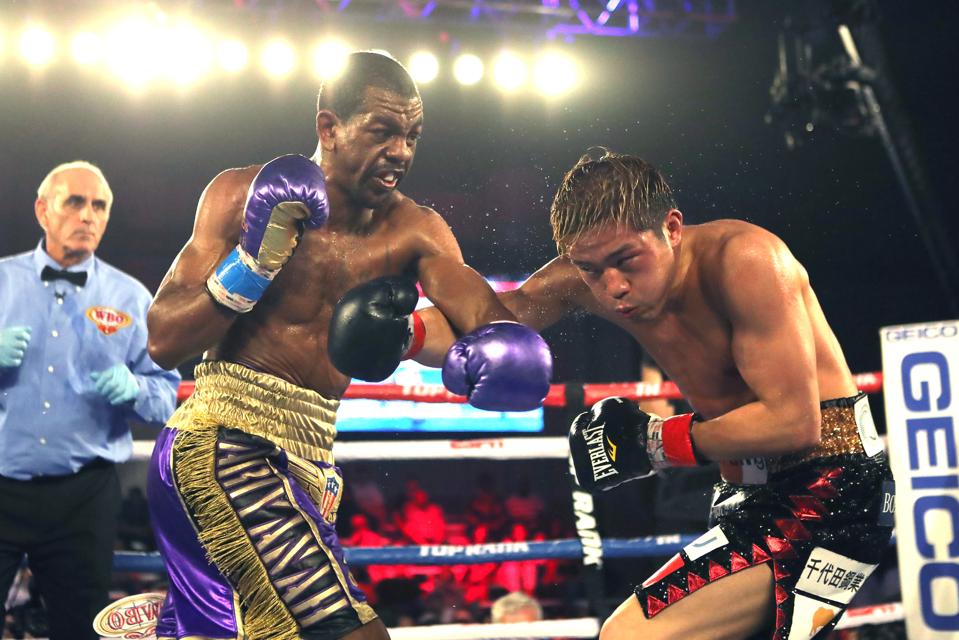 Jamel Herring doesn’t have a gym at his home in Cincinnati. He didn’t lift weights during the pandemic. He completed his roadwork to stay in shape, but he didn’t battle with biceps curls, he didn’t struggle with squats, and he didn’t spar.

But when Herring, a 130-pound junior lightweight world titlist who’s scheduled to defend his belt vs. Jonathan Oquendo on July 2, returned to training camp to prepare for his next fight, he showed that he’s kept himself in top shape.

Don’t believe him? He has the tweets (and the abs) to prove it.

“It’s every fighter’s responsibility, especially if they’re a top contender or a world champion, to maintain discipline,” Herring told me late last month. “You always see upsets in boxing, but now [after boxing gets back to business in the next few months] we might see even more. But a fighter has that responsibility to uphold themselves as a champion, especially when they’re away from the cameras. It doesn’t worry me. When I posted those pictures, that tells you I’m not gaining 30-plus pounds between fights. I’m a guy who’s older but I know how to maintain discipline.”

For that, he credits his time in the Marines, where he served two tours of Iraq. He said his mental strength, chiseled in part by his time in the military, helped make him a world titlist, beating Masayuki Ito 13 months ago to win his 130-pound belt and then defending it vs. Lamont Roach last November.

Against Oquendo (31-6, 19 KOs) next month, Herring (21-2, 10 KOs) likely will be a large betting favorite. Still, he’ll need that mental strength. After all, he had been, before the pandemic, preparing himself to fight Carl Frampton in what would be the most important bout of Herring’s career. Frampton, the 2016 fighter of the year according to the Boxing Writers Association of America, is a former unified junior featherweight titlist. A win by Herring against Frampton, especially if it occurred in Frampton’s native Ireland, would provide Herring his biggest victory (and most likely his biggest payday).

Instead, he’ll have to face Oquendo, who has a victory against Jhonny Gonzalez but who is not considered an elite fighter and who actually lost to Roach in 2019, for a smaller purse in a room devoid of fans. But Herring can’t afford to not put his full attention on his current opponent.

“I still have to prepare like I’m fighting the hardest fight of my life,” Herring said. “A lot of the A-side guys are going to camp, and they’re thinking it’s not going to be a hard fight when they come back. But if you give a guy an opportunity to fight for a world title, he’s going to train to the best of his abilities. You never know how hard the man in front of you has been training behind closed doors. … But I sure as hell know that whenever they get that call to fight, they’re going to train like it’s the fight of their life.”

Herring had another reason to stay in impressive shape during his self-isolation. He’s 36 years old, and he doesn’t have much time to waste to stay at the top of his game and to make as much money as he can.

“I got to rest my body a lot more [during the pandemic],” he said. “But there were times where I was anxious to get back. We all know boxing. You have a small window to do something great in your career.”

Though his good friend and training partner Bud Crawford has said he doesn’t want to fight in empty arenas (and if he did, he’d need a bigger payday for his trouble), Herring has a different take. He’ll do what he needs to do to provide for his family and to maintain his world-class fighting career.

“That’s the reality of the situation,” Herring said. “I really can’t complain. I personally know people who are out of work, who can’t make an income. I have to be grateful for the position that I’m in and go with that.”

For now, Herring has about four weeks left in training. His body is rested. His mind is at peace. His abs still look great. And he’s ready to continue on with his career—and that includes a showdown with Frampton.

“That will be the biggest fight of my career,” he said. “Carl Frampton was one of the few guys who wanted to fight me, and after we handle business in July, I still want that fight.”

‘The Division 2’ PTS Details A Massive Slate Of Exotic Buffs, And One Big Nerf

Why Working Virtually Is Great For Businesses

Why Managers Holding People Accountable Is A Waste...

Here’s Why Coronavirus And Climate Change Are Different...

As Treasury Signals New Rules For Crypto, Does...