Breaking
The Biggest Scandal On Social Media Right Now...
Don’t Hold Your Breath For Biden’s Big Stimulus...
The Rise Of Substack—And What’s Behind It
Be Smart When Shopping For Additional Medicare Advantage...
Finally! The SBA Releases One-Page PPP Loan Forgiveness...
3 Tips To Get Your Website To Work...
Netflix Releases 4th Quarter 2020 Earnings: How Much...
How To Make Entrepreneurial Education 16x More Productive
11 Strategies For Praising Employee Work (Without Causing...
Starbucks Steps Up Its Racial Justice Outreach With...
Startup Surge: Pandemic Causes New Businesses To Double
Consumer Psychology Lessons From Carnival
Is Success Making You Lazy?
AT&T Stock Will Not Go Back To Its...
2021 CES Consumer Storage
Senator Marco Rubio Called Out Twitter For Its...
Home Business Jeff Hardy To Return On WWE Friday Night SmackDown
Business 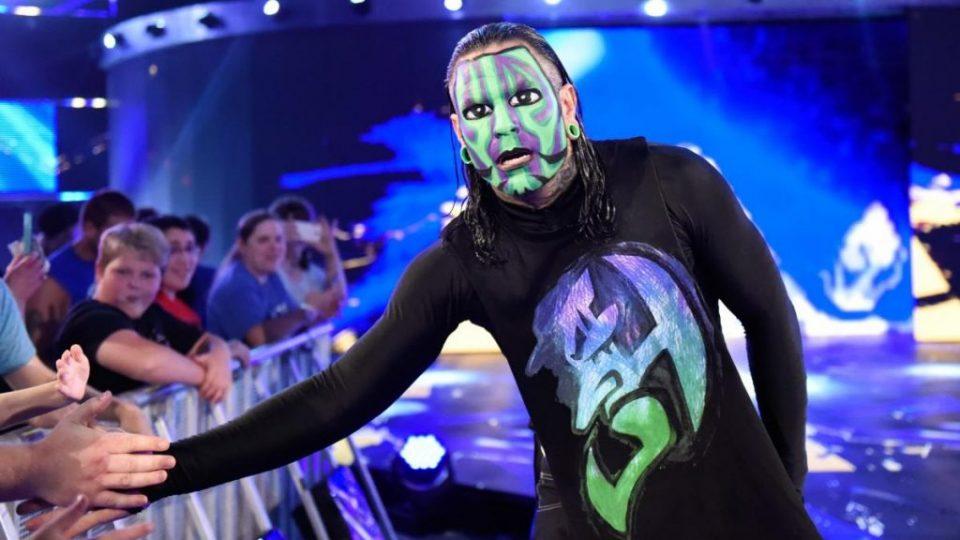 Jeff Hardy had reportedly been backstage for the past few weeks of Friday Night SmackDown.

Hardy’s WWE contract was set to expire on March 1, however his contract was extended due to missed time from a knee injury.

Jeff Hardy’s return comes amid legal and substance abuse troubles that have been plaguing him for well over a decade. Hardy discussed his struggles with substance abuse during the appearance—a pleasant surprise given the cartoon nature of WWE’s kayfabe studio show—as the WWE legend revealed he had been attending inpatient rehab for the first time:

On the night of October the 3rd, I got into some trouble, the morning of October the 4th I arranged for me to go to inpatient rehab for the first time in my life. It was one of the best things I could have ever done for myself. And I’ve done something every day to better myself.

Hardy’s latest run, at the tender age of 42, will move forward without his brother, and prominent tag team partner, by his side as Matt Hardy once again finds himself at the center of social media-driven speculation. After countless teases and, most recently, an appearance by the Young Bucks on Episode 10 of #FreeTheDELETE, Matt Hardy appears all but certain to sign with AEW.

With the Dark Order storyline peaking toward a big reveal of “The Exalted One,” it feels like only a matter of time before the pro wrestling visionary revives his “Broken” Matt Hardy incarnation. Hardy’s next iteration of Broken Brilliance stands to be far more successful than the underwhelming WWE incarnation, which was predictably micromanaged into oblivion.

Matt Hardy’s departure also means a fresh start for Jeff Hardy. In fact, Jeff Hardy’s return was preceded by an appearance on the minimally viewed WWE Backstage, where he discussed wanting to change his character:

“I’ve got tons of ideas for what I can do that’s new and fresh,” said Hardy.

Whether or not Jeff Hardy is able to remain clean and sober will be top of mind throughout his latest stint. Before his memorable return at WrestleMania 33 alongside brother Matt Hardy at WrestleMania 33, a promising run as a top babyface was derailed by an ill-timed wellness violation right before Hardy was in line to win the Money in the Bank Ladder Match in 2008. Due to a previous violation, this suspension was of the 60-day variety.

Hardy has since been popped for two separate DWIs in North Carolina, both of which happened during his most recent run. Hardy was arrested in March of 2018 following a traffic accident in Concord, N.C., then again in Moore County, N.C. in October of 2019.

Hardy addressed his March DWI, prior to his October 2019 offense, in the 2018 documentary WWE 24: Hardy Boyz Woken:

“I wrecked my car because I was drinking and driving,” recounted Hardy.

“It sucks. Here I am, you know, with this great momentum as far as the Hardy Boyz are back in WWE and, like, everything is perfect, but it’s not.”

“I’m gonna be alright. I’’ve just gotta own it. Block out all that negativity, even in my mind, and I’ll live with that from here on out. I’ve got a lot of making up to do. And I will.”

COVID-19 Travel Update: Fauci Says Cruising Is OK If You Are Healthy