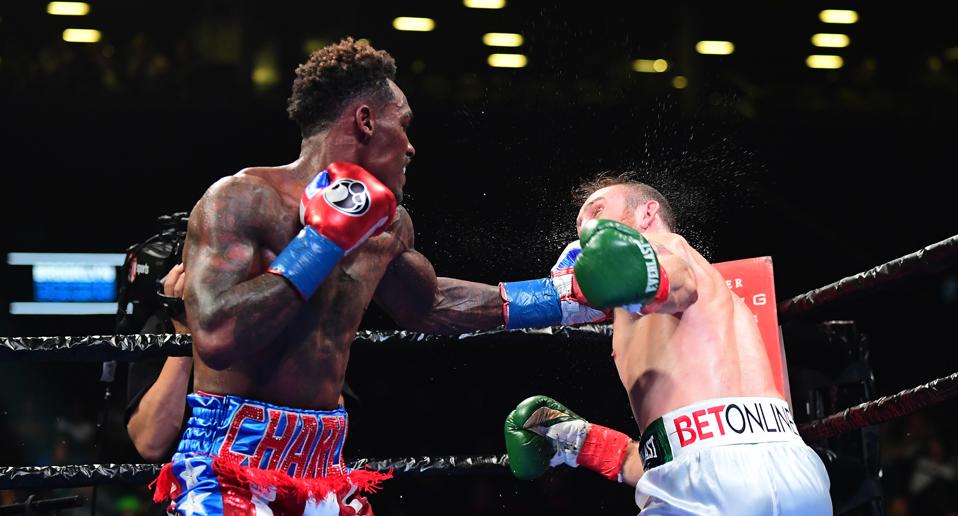 NEW YORK, NEW YORK – DECEMBER 07: Jermall Charlo of the United States knocks down Dennis Hogan of … [+] Ireland during the seventh round of their WBC World Middleweight Championship at Barclays Center on December 07, 2019 in the Brooklyn borough of New York City. (Photo by Emilee Chinn/Getty Images)

Jermall Charlo put on one of the most impressive performances of his career. The WBC Middleweight Champion scored a seventh-round TKO victory in Brooklyn at the Barclays Center on Saturday night.

The name Dennis Hogan might not mean much to many of you, but if you understand his style, you get why Charlo’s handling of him was a big deal. Hogan has traditionally been tough to hit and even when he’s taken shots, he’s always been able to absorb the punishment.

Clearly, he’d never been hit by Charlo. A sweeping left uppercut dropped Hogan in a heap, and the force of the punch rolled him backwards. Hogan would get to his feet, and he wasn’t hurt, but he spent the rest of what was left in the fight on the retreat.

Here is a look at the knockdown:

Charlo’s length, punch accuracy and jab left Hogan without any answers. In the seventh, a left hook that landed while the challenger was on the ropes resulted in the end of the fight.

Here is a look at the highlight:

Here’s how the boxing community reacted the results:

Hogan had only been down one other time in his career. For Charlo to drop him twice and finish him was a noteworthy accomplishment. In his previous fight, Hogan had given former 154-pound champion Jaime Munguia all he could handle. Like many others around the sport, I scored that fight for Hogan. 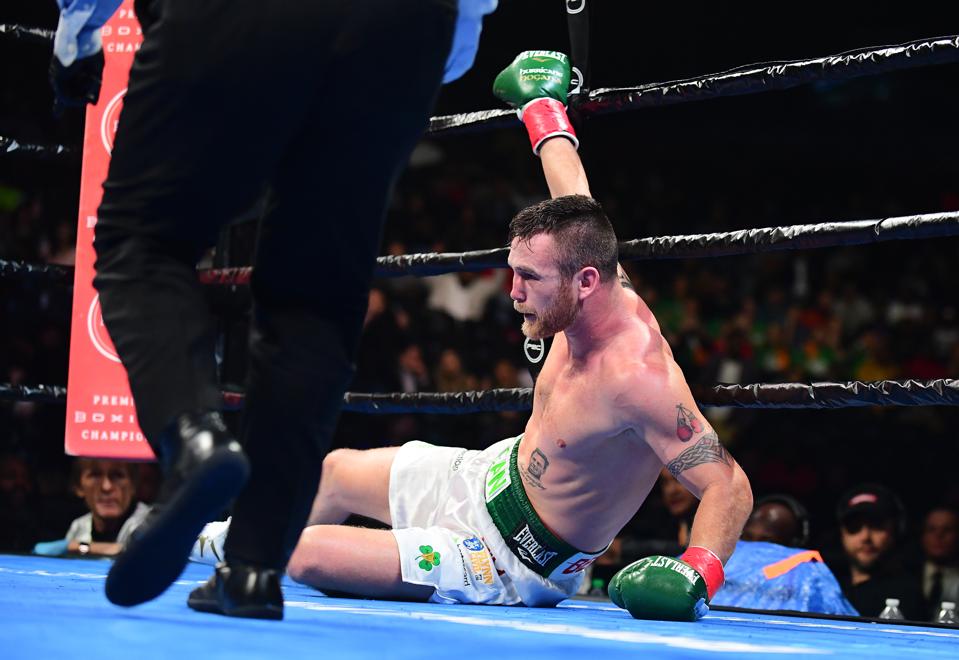 NEW YORK, NEW YORK – DECEMBER 07: Dennis Hogan of Ireland is knocked out by Jermall Charlo of the … [+] United States during the seventh round of their WBC World Middleweight Championship at Barclays Center on December 07, 2019 in the Brooklyn borough of New York City. (Photo by Emilee Chinn/Getty Images)

I knew Hogan would have issues with Charlo’s size, but I never expected him to get stopped.

The win improves Charlo’s record to a perfect 30-0 with 22 KOs. He has yet to receive any respect from those of us who create pound-for-pound rankings, and this win isn’t likely to change those lists. However, he has positioned himself to perhaps step in the ring with someone of note who could lead to him leveling up his status in the sport. 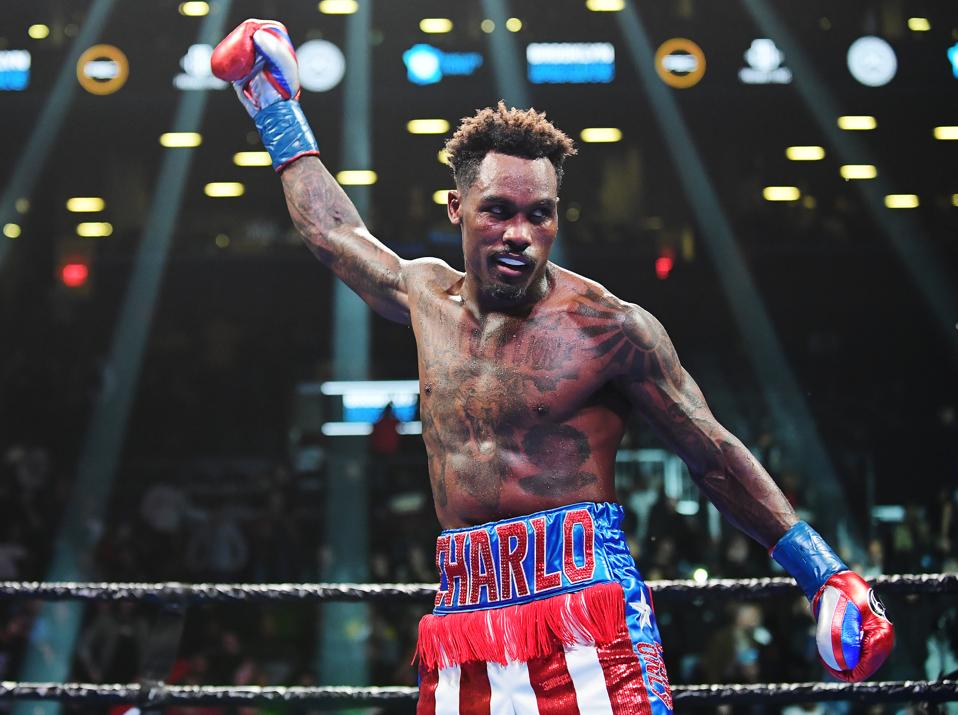 The obvious opponents are Canelo Alvarez, Gennady Golovkin, Demetrius Andrade and Sergiy Derevyanchenko. The latter was present for the fight and Showtime interviewed him with the assistance of a translator. Based on that, I’d say the odds are in his favor if we’re looking at fighters who could challenge Charlo next.

As for Hogan, he is probably a better fighter at 154 pounds. He’s not a big puncher in any weight class, but he looks especially ineffective at 160. He figures to have more success at junior middleweight. His record dropped to 28-3-1 with the loss. I’d expect Hogan to get another fight against someone from the Premier Boxing Champions roster. If Showtime and PBC want to maximize Hogan as an asset to the network and brand, they will have him compete in a lower weight class.

Jermall’s twin brother Jermell Charlo will attempt to regain the world title he lost when he rematched Tony Harrison on December 21. Another Charlo win would result in a very Happy New Year for the family.