Breaking
Channel Your Impact With a Self-Directed IRA
How To Reach Your Customers This Holiday Season
TikTok Will Limit And Label Videos Prematurely Claiming...
How A British Graphic Novel Publisher Is Leading...
Dow Plunges 600 Points On Third Day Of...
According To A New Study, Patients Are Texting,...
How To Keep Your Digital Media Assets Secure
Be Better At Building Your Team
Saying No In Order To Grow
Sherwin-Williams Stock Is Unlikely To Sustain Its Current...
How Successful Entrepreneurs Use The Law Of Attraction
Elon Musk’s Economics 101 Course For Japan
Raoul Pal: Gold Investors “Will Flip To BTC”...
Dating Site Takes On Social Media Dangers Of...
Trump Campaign Website Hacked In Cryptocurrency Scam
How To Reduce The Stress Of Loneliness–9 Tips
Home Business Jesse Eisenberg Talks ‘Vivarium’ And Promoting A Movie In A Pandemic
Business

Jesse Eisenberg Talks ‘Vivarium’ And Promoting A Movie In A Pandemic 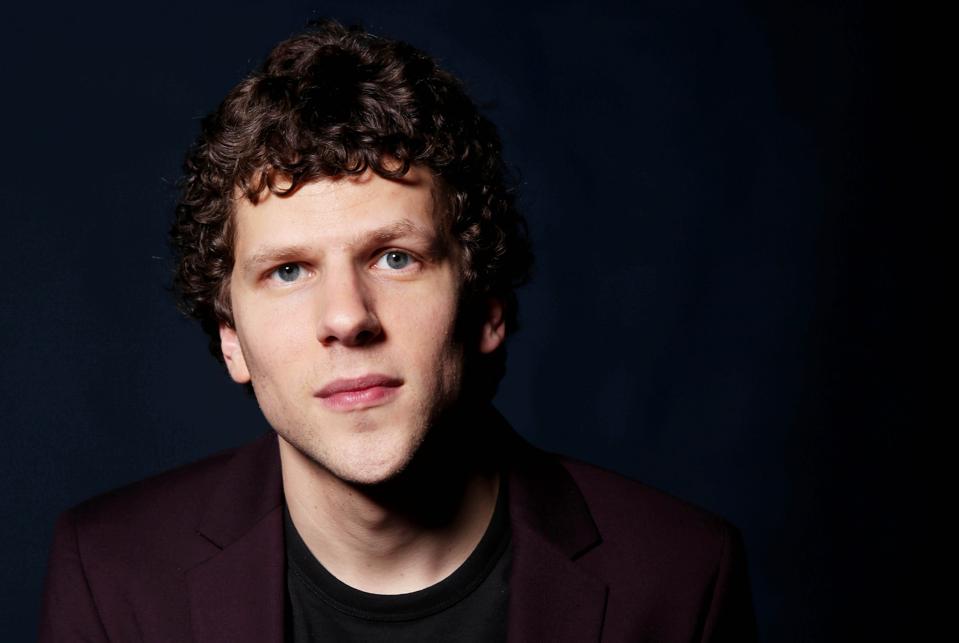 Jesse Eisenberg poses for a portrait in Los Angeles, California.

“On the one hand, it feels incredibly petty and self-indulgent even to consider discussing and promoting a movie right now,” confessed Jesse Eisenberg. “On the other hand, I think people are probably pining for a sense of normalcy, for distraction, for entertainment. So, in that way, it has some kind of value.”

Compounding that, the actor has the job of promoting two movies which drop on the same day, Resistance and Vivarium.

The first sees Eisenberg play an aspiring Jewish actor who joins the French Resistance and saves orphaned children from the Nazis. In contrast, the second is a sci-fi thriller about a couple whose move to suburbia becomes a nightmare.

“What I’ve learned is that if you have a few movies opening in a day, it tells you something about your status in the film industry, which is that mine is not very high,” he mused. “Studios are not worried that my fan base is going to be the driving force to pick one or the other. I had three movies open at the same time about ten years ago, which taught me that lesson, and now we’ve re-confirmed it on Friday, March 27, 2020.”

However, Vivarium, in particular, is a movie Eisenberg seems particularly proud of.

“Both of these projects have their own merit in their own genre, but with Vivarium, I thought it was this brilliant fever dream of a movie. What I loved about it was really evocative but fears we had without being kind of like an obvious commentary on the suburbs or parenthood or marriage,” the actor explained. “It’s a brilliant nightmare of a movie that is utterly outrageous. I like to keep myself fresh. I spent the last six months writing, and I try to do different things just because I have a short attention span, and it keeps me agile.”

Vivarium’s altered reality echoes elements of another project of his, The Double.

“I love entering into these other worlds. It’s so fascinating. A movie like The Double required more stylized acting, whereas Vivarium required Imogen Poots and me to be more naturalistic and reacting more realistically to this increasingly strange environment.”

He added, “Whenever I write something for myself, I write plays that are very natural, so I like to expand my taste by doing films that I would never be able to conceive of.”

“I watched a few episodes of Black Mirror, and I thought it was great and incredibly engaging. When I read Vivarium, I thought it had some similarities to Black Mirror and The Twilight Zone in terms of these regular characters entering into this surreal and foreboding world, but it was more abstractly drawn. It reminded me of Man Ray film. It deserves to be like an art film rather than an episode of a TV show or an editorial in a newspaper about the dangers of being out in the suburbs.”

The releases of Resistance and Vivarium come four years almost to the day since the release of Batman v Superman: Dawn of Justice in which Eisenberg played Lex Luthor. The movie dominated the box office grossing $166 million domestically over that opening weekend, which was, at the time, in the eighth-biggest opening of all time – it has since only dropped one spot.

So, what about reports he will return to the role of Luthor in Justice League Part Two?

“I don’t know anything about it,” he confessed. “I imagine that in many cases any movie you hear about at all is now halted or no longer. With everything that’s going on right now, this week is probably not going to be a week where I find out anything about it.”

And it turned out that is not the only question mark over Eisenberg’s plans for the time being. However, he’s philosophical about it.

“I had the best-laid plans this year. I was supposed to be in Bosnia right now doing location scouting for an episode of Modern Love that I’m directing. I had a movie that I wrote that we were supposed to start on October 1, I had the most incredible cast and producers,” he explained. “That seems to now be on an indefinite delay.”

“That was my plan this year, so this is surreal, but obviously, I can’t sustain any moment of disappointment because of what is happening around the world right now. Any disappointment I feel is immediately eclipsed by this reality we’re living through, which is almost unfathomable.”

Vivarium and Resistance both arrive on VOD on Friday, March 27, 2020.