Breaking
Extra $300 Weekly Unemployment Benefits Are Still Going...
Four Ways To Grow Your Team Via Professional...
These Up And Coming Tech Hubs Are Having...
Overwatch Is Testing A Soldier 76 Buff In...
11 Considerations When Determining An Equity Offer To...
ESG Metrics: A Path Forward For Companies
‘Moriarty The Patriot’ Makes A Hero Of Holme’s...
Mind The 99 Year Gap: How To More...
The WFH Revolution: How Covid-19 Is Changing The...
eToro Announces Staking For Cardano And Tron
Fintech Startups: Plan For Your Customers’ Emotional Realities
The End Of Third-Party Data — Finally
The Scientologist Billionaire Trying To Make A New...
Mission-Driven Fintech Kontist Shakes Up The Future Of...
What Can The Simple Fact That ‘We Exist’...
Stock Market: Here Comes October With Scary Tricks...
Home Finance Joe Rogan Just Gave Millions Of Google Chrome Users A Reason To Quit
Finance

Google Chrome is the world’s biggest internet browser with a staggering near-60% market share but new rivals are gaining ground amid rising privacy concerns.

This week, podcaster Joe Rogan, who has recently been thrust into the limelight after he signed a major deal with streaming service Spotify, revealed he uses the cryptocurrency-powered Chrome rival Brave to avoid internet ads and Google’s overzealous tracking. 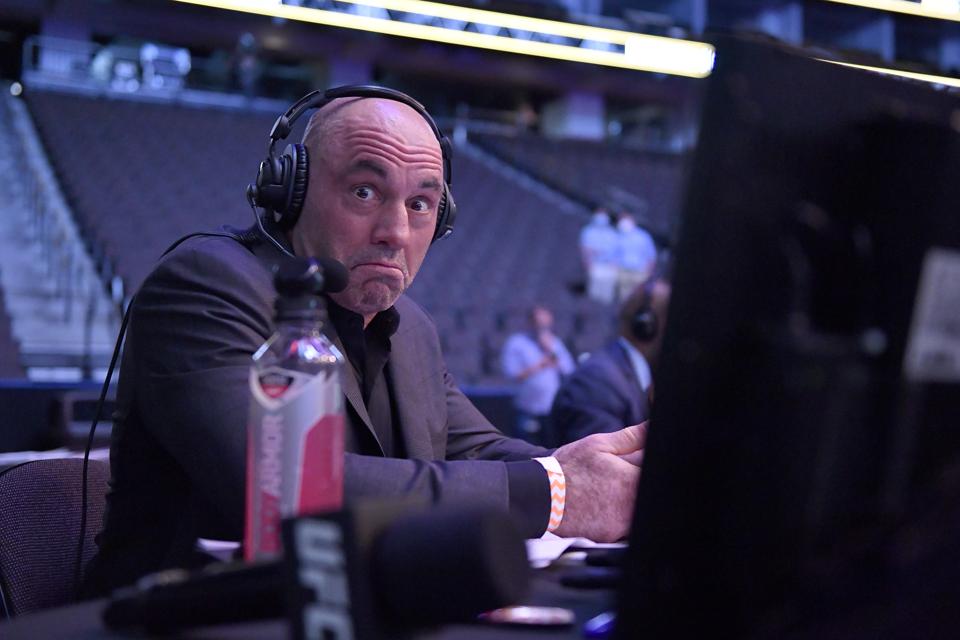 “There’s so much value in knowing what you’re up to; knowing where you’re going, what you’re buying, what you’re saying,” Rogan told his podcast guest Reggie Watts, an American musician, actor and comedian in a wide-ranging discussion lasting over two hours.

“If you want to use Instagram or if you want to use Facebook, you’re getting tracked,” Rogan said, pointing to a recent lawsuit filed against Google for tracking users without their consent.

Rogan, who has claimed that his podcast gets as many as 190 million downloads per month and is thought to have made $30 million last year, according to recent Forbes estimates, railed against ads that appear to follow users around the internet before admitting he uses Brave after it was mentioned by Watts.

Brave, an open-source internet browser that aims to protect users’ privacy by blocking ads and website trackers, has seen a surge in popularity in recent months.

Brave this week revealed it added 1.5 million monthly active users in April and May, taking its total to 15 million.

The Brave Ads program, which rewards users with the Basic Attention Tokens (BAT) cryptocurrency for voluntarily watching ads from partner brands such as Amazon, Verizon, Chipotle and PayPal, has also grown with its number of ad campaigns climbing from 255% to over 1,500 from October 2019 to May 2020.

Brave, which launched in 2017 following a massive $35 million initial coin offering fundraiser, expects to do well from the trend toward data privacy and hightened security concerns.

“People have had a long time to acclimate to Chrome but users don’t like a lot of things about it,” Brave’s chief executive and former head of Mozilla, Brendan Eich, said previously.

“I’m going to everything I can to protect myself,” Watts told Rogan, saying he goes as far as possible “without being paranoid.”

“The future is distributed,” Watts added, in an apparent nod to the kind of web3 decentralization that some think has been made possible by bitcoin’s blockchain technology.

Ironically, Rogan’s podcast, The Joe Rogan Experience, is entirely funded by ads both on YouTube and as a downloadable podcast.

Square’s Cash App is a major sponsor and is regularly touted by Rogan as “the best way to buy bitcoin,” introducing many millions of people to cryptocurrency over a number of years.