Breaking
Netflix And Roku Stock: The Crucial Difference
The Risk Of Treating Bitcoin As A Safe...
U.S. Methamphetamine Overdose Deaths Surged Over The Past...
A Scalable System To Lower Unemployment
How Are Bitcoin, Tethers And Dollars Connected? An...
‘Fortnite’ Sunflower Farm Location: Where To Find A...
The “Lies” We Tell Job Applicants
Money Flows To Govtech – Has A Cinderella...
Ask Larry: Can I File And Suspend My...
For Insight On New Covid-19 Variants, Look To...
Mindfulness Makeover: How To ‘Just Be’ No Matter...
Four Simple Steps To Creating High-Value Offers That...
How CPRA Is Forcing Privacy To Become A...
Nine Common Mistakes People Make When Building Their...
The Best Tax-Free Municipal Bonds For 2021
Our Feelings Aren’t A Distraction In Business, They’re...
Home General John Kerry As Presidential Climate Envoy: Virtue Signaling Or The Path To Climate Policy Progress?
General 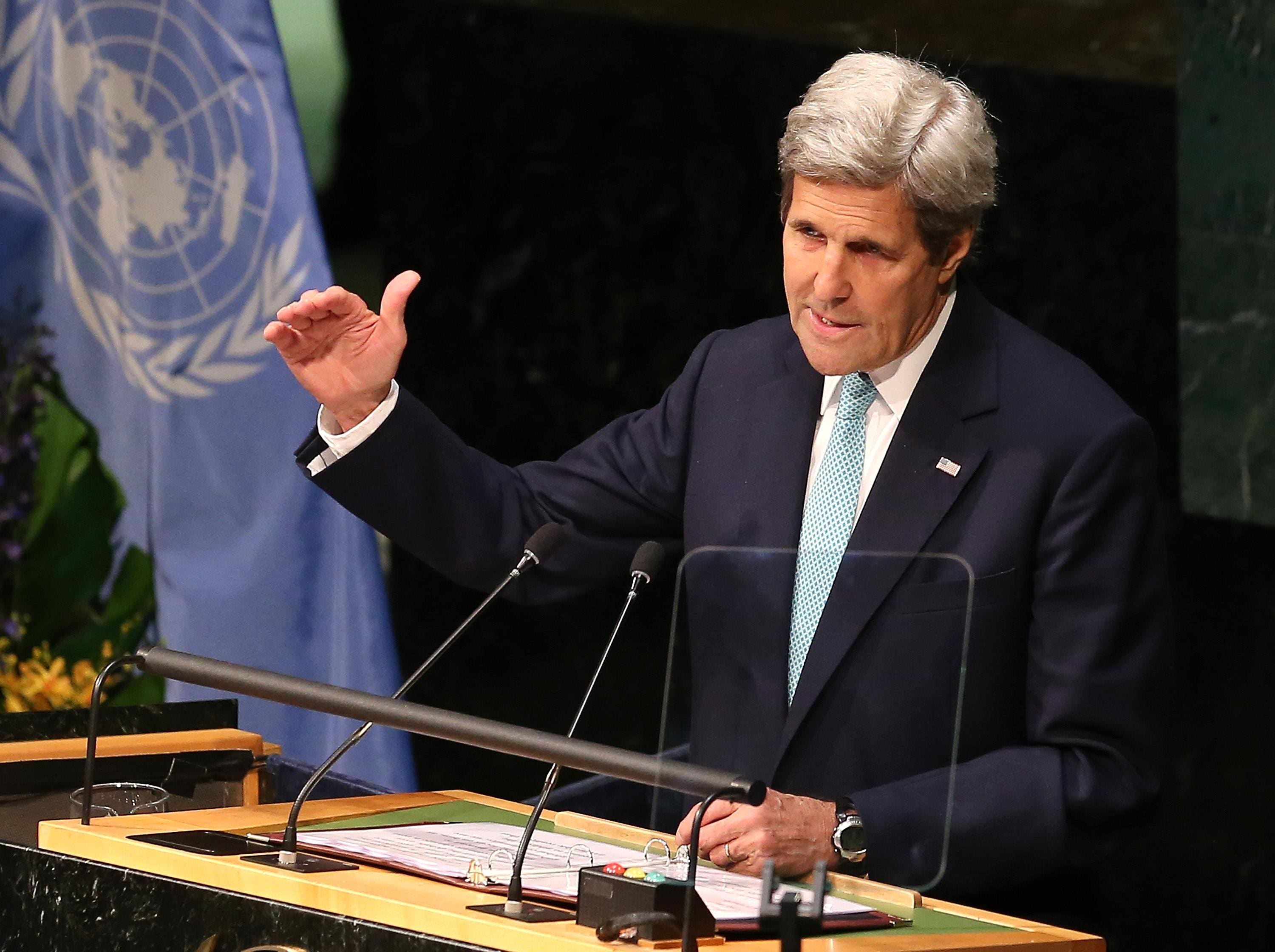 President-elect Biden announced today that John Kerry, the former Secretary of State, will serve as his Special Presidential Envoy for Climate. In this role, he will also sit on the National Security Council, the first time climate issues have been accorded this sort of national priority.

Secretary Kerry was amongst the architects of the 2015 Paris Climate Agreement. Given his vast experience first as a Senator and then as the Secretary of State during President Obama’s second term, he is globally recognized. In 2019, in collaboration with former Ohio Governor John Kasich, he launched “World War Zero,” a network of politicians, celebrities, scientists, and influencers to champion aggressive climate action. Earlier this year, Biden named Kerry and Alexandria Ocasio-Cortez as the co-chairs of his climate task force.

If the Biden administration wants to signal America’s reentry into global climate policy, John Kerry is the right person. Because this sort of position does not require Senate confirmation, Kerry could begin his work ASAP.

However, there are two concerns about this initiative. Could a Climate Envoy with no control over domestic climate policy be effective in the international arena? Second, will this new position cause administrative confusion because there is danger of creating two de facto Secretaries of State: one for climate issues and the other for the rest of international relations?

During the election campaign, President-elect Biden had hinted about appointing a Climate Czar to coordinate climate activities at the federal level. It is possible that he might still do so. But should Biden decide against it, creating a Climate Envoy is a less forceful statement about the administration’s commitment to climate issues.

The reason is that the Envoy’s credibility, in part, depends on the Envoy’s ability to deliver domestic outcomes. This is what political scientist Robert Putnam had termed as the “two-level game”: international negotiations simultaneously take place at the global and the domestic levels. Governments often have to make domestic concessions to arrive at international agreements, and this invariably antagonizes some domestic groups that seek to derail the agreement. If the US Senate continues to be controlled by Republicans, an aggressive international climate commitment by the US will not translate into legislative outcomes. It is doubtful that Kerry has the political capital with the Republican caucus to make climate policy less partisan. Ironically, Biden’s international climate agenda might be better served by having a Republican as the Climate Envoy. This, of course, would invite strong (and immediate) criticism from the left, which probably (already) views Kerry as not being progressive enough. Thus, Biden is caught between the conflicting demands of two constituencies: the Senate Republicans, who can block legislative action on climate policy, and the left-wingers, who dominate Twitter and have the street power in the Democratic party.

A Recipe for Administrative Confusion

It seems Biden is now bifurcating American diplomacy. There will be two de facto Secretaries of State: one focused on climate and the other on non-climate policies. Having two parallel authority structures could cause confusion. If the Pentagon wants to talk with a foreign country on security-related climate and trade issues, which of the two Secretaries of State would they call? Or think of USAID, which manages American foreign aid. Currently, it is located within the State department. Because climate aid will probably become an important component of US foreign aid, who will influence the working of USAID?

One might point to instances where Presidents created new administrative structures to focus on issues that cut across departments. In the aftermath of 9/11, President Bush reorganized domestic security establishment by creating the Department of Homeland Security. The argument was that the lack of domestic coordination impeded America’s fight against global terrorism. This is what a hypothetical Department of Climate might have looked like if the climate functions of existing departments were to be consolidated under one roof.

But suppose one does not want a drastic reorganization of the federal government, but seeks a coordinating mechanism. A Climate Czar to coordinate domestic and international climate policy could do this job. This would be similar to the National Security Advisor, who coordinates the activities of departments such as Defense, State, and the CIA.

The Climate Envoy is Climate Czar-lite.  Kerry will be involved in international diplomacy, but without much influence over domestic legislation. This could undermine his effectiveness in the international sphere. Given the severity of the climate crisis, the US needs a more forceful administrative response. This must go beyond creating the position of Climate Envoy and appointing a distinguished statesman like John Kerry in that position. Domestic and international climate policies must work together, but the proposed arrangement does not seem to address this issue.

Ripple’s XRP Has More Than Doubled In Price This Week, Far Outpacing Bitcoin And Ethereum—Here’s Why

The Risk Of Treating Bitcoin As A Safe...

Reach Your Potential by Living Dangerously