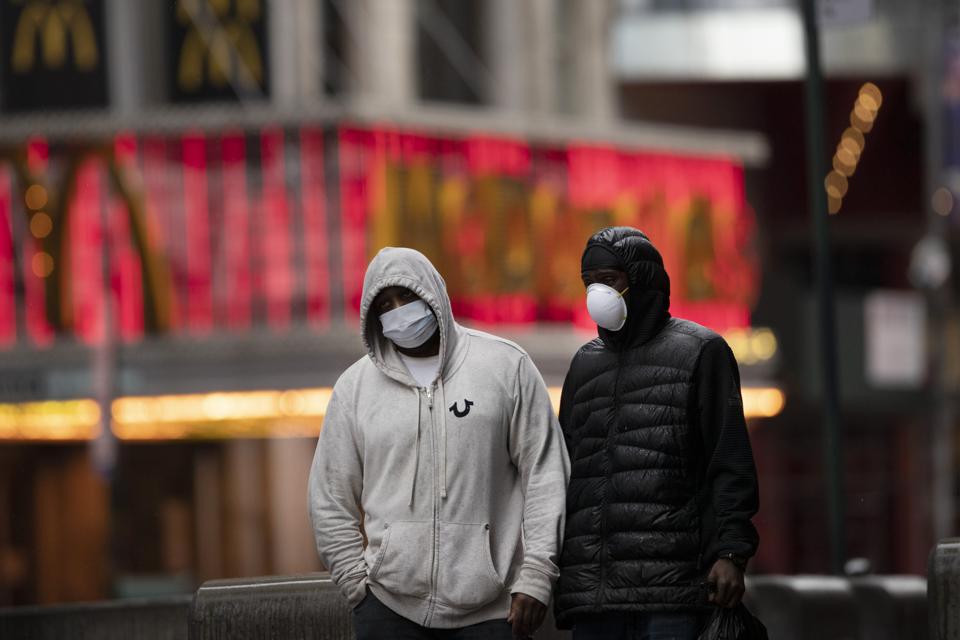 Pandemic recessions come at you fast.

JP Morgan has sharply revised down its already dark forecast for second quarter economic growth. It now expects U.S. gross domestic product will shrink a staggering 40% in the second quarter on an annualized basis.

That’s down from an estimate of -25% just a couple of weeks ago.

“Over the last few weeks forecasters have been operating in a fog,” wrote JP Morgan economists in a research note. “More recently, however, we are starting to get some shreds of data on the magnitude of the economic crisis.”

The revision was in part due to the sharper-than-expected spike in weekly jobless claims, which have climbed a cumulative 16.8 million in just three weeks.

“With these data in hand we think the April jobs report could indicate about 25 million jobs lost since the March survey week, and an unemployment rate around 20%,” they said.

The Federal Reserve announced a new round of emergency actions aimed at keeping credit markets fluid despite the economic shutdown.

Yet Steve Blitz, economist at TS Lombard, put things in perspective in an email exchange: “This is not about boosting animal spirits, the animals are still caged.”

The Fed’s actions, including a foray into corporate bond purchases, do “nothing to change what’s going on on the ground. It admittedly keeps a recession from turning into the 1930s, but how many [corporate bonds] are you going to buy if their underlying business is disappearing?”

To that point, Fed Chair Jay Powell said in a videoconference speech Thursday that the Fed possesses “lending powers, not spending powers. The Fed is not authorized to grant money to particular beneficiaries. The Fed can only make secured loans to solvent entities with the expectation that the loans will be fully repaid,” he said.

You Can Now Call The IRS To Ask...