A judge on Wednesday ruled publisher Simon & Schuster can release a tell-all book written by the president’s niece, lifting a temporary restraining order blocking its publication imposed by another judge just a day ago. 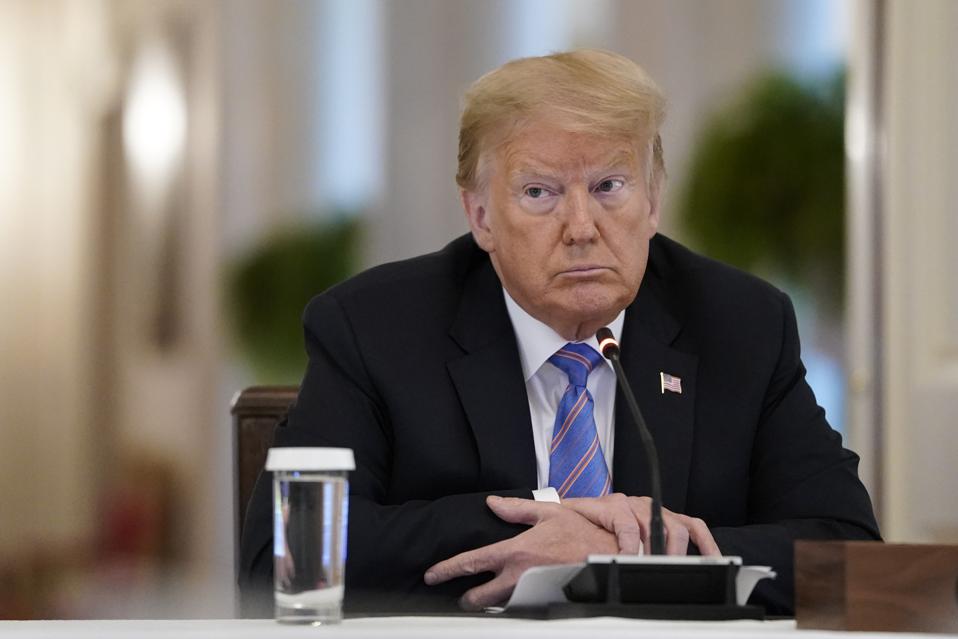 U.S. President Donald Trump participates in a meeting of the American Workforce Policy Advisory … [+] Board in the East Room of the White House on June 26, 2020 in Washington, DC.

Simon & Schuster will be allowed to publish Mary Trump’s memoir on its planned July 28 release date.

Trump’s brother, Robert, had argued in court documents that a confidentiality agreement signed two decades ago prevents Mary from publicly speaking out about her family—but Scheinkman ruled that Simon & Schuster isn’t bound to that agreement.

The issue of whether Mary violated the confidentiality agreement is yet to be decided, and both sides are set to argue the matter on July 10.

The book reportedly contains “harrowing and salacious stories” about Trump, and describes how Mary leaked confidential financial documents to the New York Times for their Pulitzer-winning 2018 investigation into Trump’s wealth.

“Since the predicate for the plaintiff’s application for a temporary restraining order is the existence of the confidentiality provision of the settlement agreement (and no alternate basis for an injunction against Ms. Trump is either suggested or apparent), and S&S is not a party to the settlement agreement, this Court perceives no basis for S&S to be specifically enjoined,” the judge wrote.

Mary Trump’s father is Donald Trump’s older brother, Fred Trump Jr., who died in 1981. For years, Mary and her siblings had been in conflict with Trump and the rest of the family over their grandfather’s will, culminating in an intense court battle about the issue in 2000 that ended with the confidentiality agreement in question. Since then, Mary has signaled support for Democratic policies and tweeted in 2016 after her uncle was elected, “Hillary Clinton is an extraordinary human being and public servant. That she lost to this is unspeakable.”

Home For The Holidays? Watch Your Kids, Even In The Kiddie Pool

When You Can’t Control Anything Else, Work On...

The Latest Toy Trends And The Industry’s New...

The Age Of The Loudest Voice Is Over,...