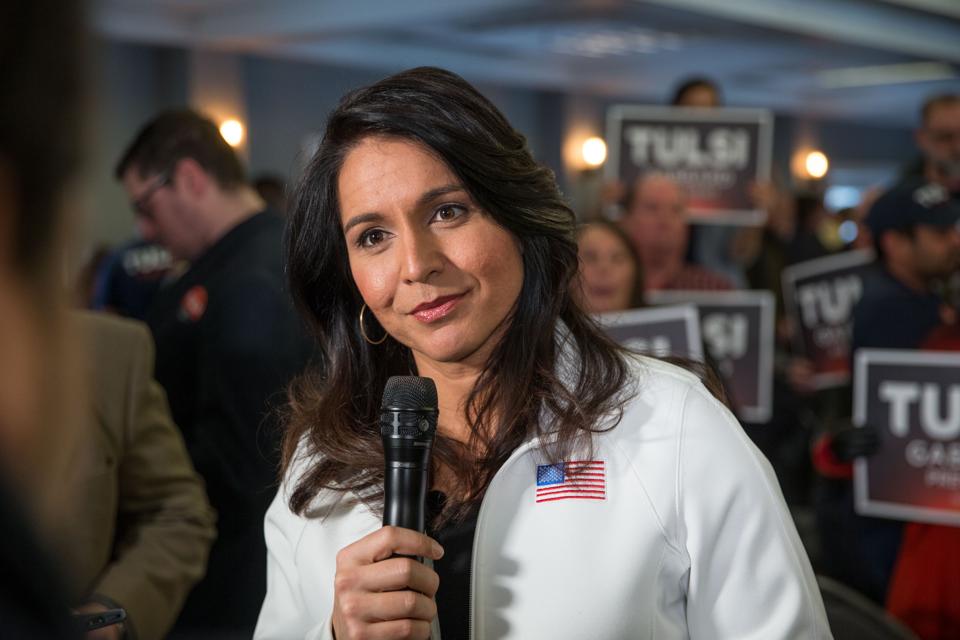 Topline: A federal judge dealt a blow to Rep. Tulsi Gabbard on Wednesday by throwing out a lawsuit where she accused Google of suppressing her political speech by momentarily suspending her advertising account.

Crucial quote: “What Plaintiff fails to establish is how Google’s regulation of its own platform is in any way equivalent to a governmental regulation of an election. Google does not hold primaries, it does not select candidates, and it does not prevent anyone from running for office or voting in elections. To the extent Google “regulates” anything, it regulates its own private speech and platform,” U.S. District Judge Stephen Wilson wrote.

Key background: Gabbard entered the race as an anti-establishment Democrat with controversial foreign policy views, but the unusual candidate failed to gain traction and has so far only won a single delegate from American Samoa. She endorsed Bernie Sanders in 2016.

News peg: Both sides of the political spectrum have criticized large tech companies for issues related to speech online. Democrats have slammed Big Tech for not going far enough to stop the spread of misinformation and hate speech, while some on the right claim tech companies are suppressing conservative viewpoints.

Tangent: Gabbard also sued Hillary Clinton in January for defamation over comments last year where the former secretary of state called Gabbard a “Russian asset.” At the time, Gabbard tweeted that Clinton was “the queen of warmongers, embodiment of corruption and personification of the rot that has sickened the Democratic Party for so long.”