Breaking
How to Build a Sales Forecast Model
The Unexpected Ways COVID-19 Has Forever Changed What...
Google Posts: Conversion Factor — Not Ranking Factor
How To Bring Your Branding To Life
Coinbase Cofounders And Investors Poised To Rake In...
How To Stay Top-of-Mind For Your Audience With...
Employers: Eight Red Flags You May Not Notice...
The benefits of videoing in the automotive industry
Ted Lasso, Other Apple TV+ Shows Arriving Soon...
How To Incorporate Click And Collect Into Your...
What Are Working Capital Loans and When Should...
The 10 Biggest Trends in Entrepreneurship to Look...
Clubhouse Has Grown 10X In Two Months. Here’s...
Here’s Why Tyson Foods Stock Looks Undervalued At...
How To Maintain Client Relationships During Long Projects
WhatsApp Is Pushing Ahead With Its Controversial Privacy...
Home Business Juice WRLD, Camila Cabello And Lil Uzi Vert: 5 Important Moves On This Week’s Hot 100
Business 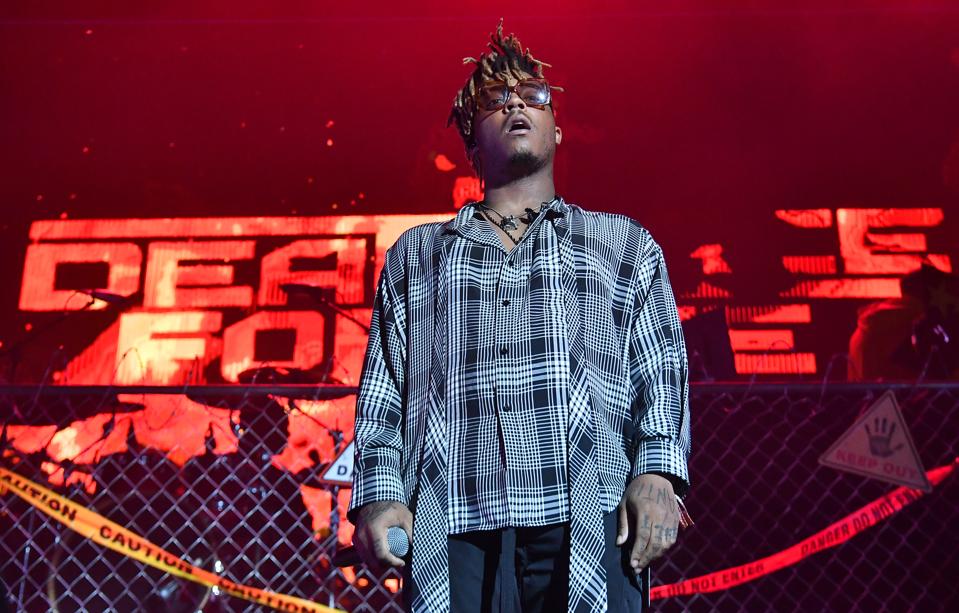 ATLANTA, GEORGIA – MAY 12: Juice WRLD performs in concert during “Death Race For Love” tour at … [+] Coca-Cola Roxy on May 12, 2019 in Atlanta, Georgia. (Photo by Paras Griffin/Getty Images)

22 spots on the Hot 100 belong to Lil Uzi Vert this week, but that doesn’t mean there isn’t any room for other artists to collect big hits and rise the ranks with tunes they’ve been promoting for some time now.

For the second week in a row, Lil Uzi Vert owns at least one-fifth of all the spots on the Hot 100, and this time around he actually dominates more than he did last frame. The rapper currently claims 22 rungs on the most competitive tally, which stands as one of the most impressive showings of all time. Leading the way this time around is “Myron,” which is featured on the new deluxe edition of Eternal Atake. That cut opens at No. 13, becoming another top 40 win for the musician.

Usually, Camila Cabello songs debut fairly high on the Hot 100 and then slowly work their way down, as she is one of the most popular artists in the world right now, and her fan base often rushes to stream whatever she delivers once its available. Her current single “My Oh My” has faced quite the struggle climbing the tally, and it finally reaches the top 20 on the list after 15 weeks of working toward the top. The song, the latest single from her sophomore solo album Romance, is Cabello’s sixth tune to enter the region on her own, her eighth when including the music she released as a member of Fifth Harmony. It is featured act DaBaby’s sixth top 20 as well.

Released last year, YNW Melly’s “Suicidal” reached the top 40 in its original form, but now that a remix featuring late rapper Juice WRLD has been posted online, the single returns to the Hot 100 in glorious form. The cut reappears at No. 20, establishing a new best showing in the process.

The track is now just the second top 20 for YNW Melly and the fourth for Juice WRLD, who has claimed two of those since passing away last December.

Gabby Barrett may not have won the sixteenth season of American Idol (she came in third), but she has emerged as the musician with the biggest career from the first edition of the rebooted reality show. The country singer’s breakout tune “I Hope” has jumped to No. 36 on this week’s Hot 100, rising into the top 40 for the first time. The cut has been performing well on the Hot Country Songs list for some time now, and the future seems bright.

Just 18 years old, it’s impressive that Lil Mosey has a career at all, let alone one that he has already been building for years. The hip-hop musician, who has now released two albums that have reached the top 40 on the Billboard 200, scores his first top 40 hit single with “Blueberry Faygo,” which enters the important region this frame, landing at No. 38.

DJ D-Nice Just Had The Best Quarantine Week Ever