Breaking
How to Utilize Questions in PPC Ads to...
How To Innovate The Influencers Space Using The...
6 Keys To Leadership Growth
Mayo Clinic And Kaiser Permanente Invest $100 Million...
MozCon Virtual 2021 Interview Series: Wil Reynolds
Commodity Spikes May Be Close To Peaking, Futures...
Benefits of Responsive Web Design
ESBC Major Updates: Tons Of Heavyweight Greats Added...
5 On-Demand Courses To Help Develop Your Leadership...
How to Run Nonprofit Marketing Ads
Entrepreneurs Are Bringing Transparency To Home Buying And...
Best Incentive To Get Vaccinated: Money, Messaging, Or...
Page Level Query Analysis at Scale with Google...
How A CIO Can Align IT With Business...
Blogger of the Month: Jo, Girl Eats World
6 Things Women In Business Know That Men...
Home Business Juice WRLD, Cardi B And The Beach Boys: 5 Big Moves On This Week’s Billboard 200
Business

Juice WRLD, Cardi B And The Beach Boys: 5 Big Moves On This Week’s Billboard 200 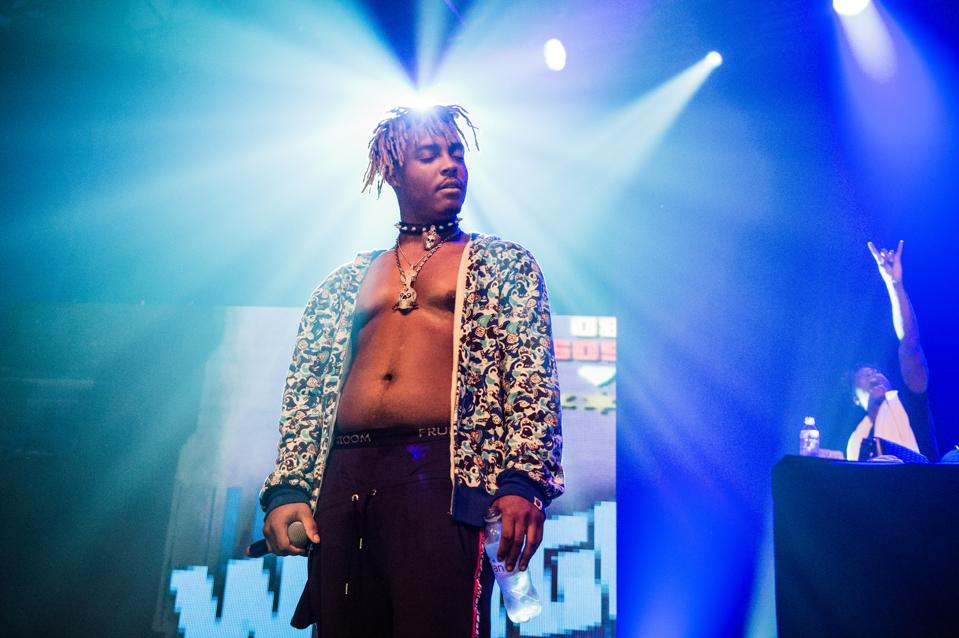 Five albums hit special milestones this week on the Billboard 200 as a handful of new titles make themselves heard and blast onto the tally inside the top 10. From country to hip-hop to standards and old-school pop, Americans have diverse taste, but they are only listening to more and more music.

Last spring, Juice WRLD reached No. 1 on the Billboard 200 for the first time with Death Race for Love, which also marked his third appearance inside the top 10 on the tally. The rapper may not be around to celebrate, but the set has now lived on the chart for 52 weeks, or exactly one year. It’s still going strong inside the top 40, kept afloat largely by healthy streaming activity.

At the same time his last album continues performing well, Juice WRLD lands a new hit on the Hot 100, as “PTSD,” a new song fronted by G Herbo which features Lil Uzi Vert, Chance the Rapper and the late musician, kicks off at No. 38.

Just a few spots below Juice WRLD’s album is another that also hits a year on the Billboard 200. Maren Morris’ GIRL, her sophomore full-length, is also enjoying a special week, as it has been able to hold on and find space on the ranking for 52 frames.

As she continues to work on what will be her sophomore album (though not much has been heard about the project in some time), fans of Cardi B areclearly not done streaming and buying her debut full-length, which turned her into a superstar two years ago. Invasion of Privacy opened atop the list and hasn’t departed since, racking up 100 weeks on the list.

One of the most beloved pop groups of all time, The Beach Boys continue to move audiences to this day with their biggest hits, all of which are compiled on their release Sounds Of Summer: The Very Best Of The Beach Boys, which is back on the chart at No. 171 this frame, its two-hundredth on the list.

Like The Beach Boys, Frank Sinatra’s music has barely waned in popularity over time, and people continue to pick up copies of his greatest hits compilations, especially Ultimate Sinatra. The set has now moved enough units to appear on the Billboard 200 in 100 different frames since it was released in 2015.

5 Ways To Brainstorm (And Protect) A Brilliant Business Idea