Breaking
‘Remnant: From The Ashes’ Is Cheaper Than Ever...
Top Stocks To Buy Today As Markets Rise...
How To Sell Artisanal Ice Cream In The...
Making America’s Trumps Pay Their Fair Share
Fortnite Season 4, Week 9 Challenges Revealed And...
Yesterday You Were Just A Business; Today You...
Should Your Company Help Get Out The Vote?...
Hyperautomation And What It Means For Your Business
The Role Of The Indie Agency In Our...
Parker-Hannifin Crosses Pre-Covid Peak But Investors Set To...
6 Reasons Your Cold Messaging Efforts Fail And...
4 Analytics Categories To Track To Improve Your...
Predictions 2021: Cloud Computing Powers Pandemic Recovery
This Is Why You Need A Strategy In...
Economic Research Exposes Significant Flaws In DOL H-1B...
How Breast Cancer Turned This Entrepreneur Into A...
Home Technology Julian Marley On Losing His 11-Year-Old To Cancer: Medical Cannabis Should Be Easier To Access
Technology

Julian Marley On Losing His 11-Year-Old To Cancer: Medical Cannabis Should Be Easier To Access

If good cannabis-based medical products and well-trained doctors are hard to find for a member of the Marley family in the United States of America, what’s left for the rest of us, mortals?

This is a question everyone around Julian Marley asked over and over, as they watched him try to find alternative cures from Mother Earth for his 11-year-old daughter, Caveri, who was battling cancer at the time, and finding little to no effectiveness in traditional treatments. 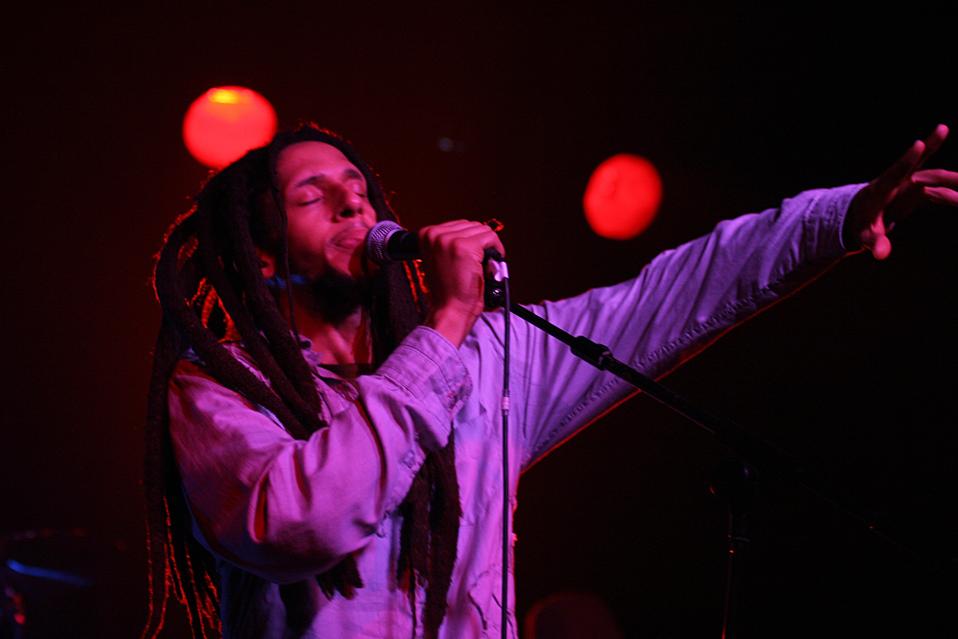 Unfortunately, help didn’t arrive in time for Julian and his daughter. Uniformed doctors who discarded alternative approaches to treating cancer, people riding the CBD hype, regressive thinkers fighting against easy access to herb-based medicines… The odds stacked up against Caveri – as they did against her grandfather Bob Marley forty years ago, Julian says.

“A lot of fake people came in play, trying to promote themselves,” he discloses.

Had Julian and his family connected with CannaKids, a cooperative focused on supplying medical cannabis oil not only to adults, but also to children “looking for holistic relief for serious health conditions, specializing in pediatric cancer,” just a little bit earlier, the story might be completely different.

“I want to make people aware that all the healing that we need comes from Mother Earth… My music is specially geared for social awareness and for the people, to bring people together.”

But the lessons learned from the process live on, and Julian wants to share them with everyone in this planet.

“I want to make people aware that all the healing that we need comes from Mother Earth,” he voices. “My music is specially geared for social awareness and for the people, to bring people together.”

‘Knowledge Is Being Revealed’

He believes access to cannabis and other medicinal herbs should not only be as easy as getting a tomato in a store, but also that our society should encourage people to plant and grow their own, he says.

See Also: 40K People Are In Prison For Cannabis In The US: Here’s How Steve DeAngelo, Damian Marley And Stephen Marley Are Helping Them

“It’s a shame every house doesn’t have enough space for people to plant their own herbs and foods.”

“We live in a time where knowledge is being revealed: the herb [cannabis] has everything that we need.”

“My whole thing now is to get this knowledge out there,” Julian adds. “Money and vanities have kept us from the truth for far too long. Pharmaceutical companies will not like this but they haven’t found the cure for everything… And the herb is free: you plant one seed and it’s free… But people have to speak for their rights; stand up and speak for your right!”

He continues, “We use music to advocate for all of these things. It’s through music that we get to speak what we have inside.”

When Tracy Ryan, CEO of CannaKids, and her team first connected with Julian and his family, they were devastated by their story. “My heart immediately sank, as I learned of the cancer type his daughter had,” Ryan explains. “It was also towards the end of her projected life expectancy.”

“Money and vanities have kept us from the truth for far too long.”

Ryan was floored when she learned about the difficulties the Marley family was facing in their search for “the type of medical cannabis their daughter would require,” in their home state, Florida.

“If the Marley’s had so much difficulty, how many other families are struggling and desperate to get their loved ones the same access?” – she asked, same as everyone else around Julian. It was simply vexing. 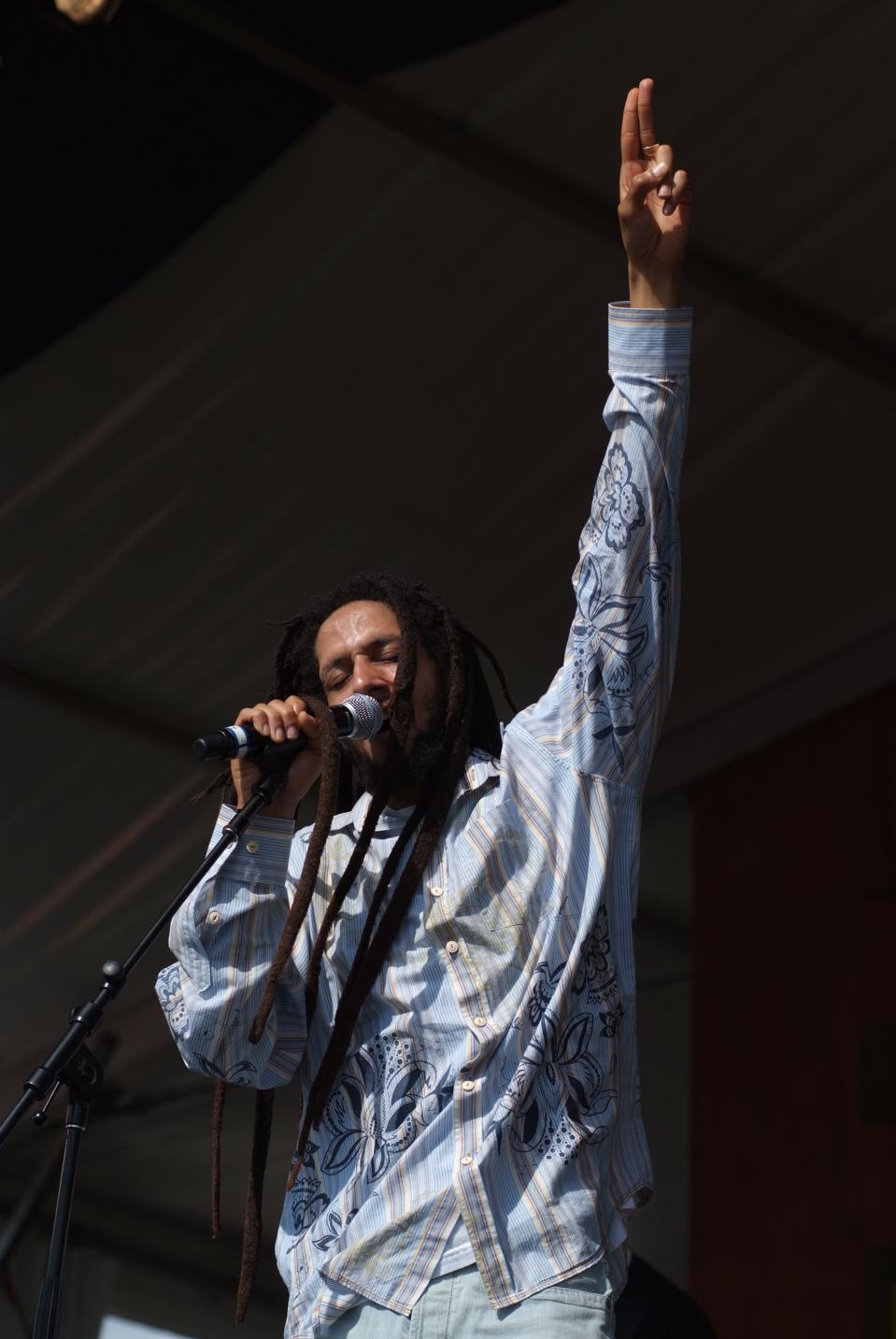 NEW ORLEANS- MAY 01: Julian Marley performing on stage at the New Orleans Jazz & Heritage Festival … [+] on May 1, 2009 in New Orleans. (Photo by Leon Morris/Redferns)

“Every day is a battle for survival; that is what our father [Bob Marley] would always say,” Julian responds. “And the plant is survival.”

This is where CannaKids comes in: “This plant has been proven time and time again to be helpful and it’s our human right to be able to access it,” Ryan says, lamenting not having connected with Julian earlier.

Bad, poorly-trained, old-fashioned physicians had been providing questionable advice to Julian, in relation to Caveri and her cancer. He’d also had a very hard time finding high-quality medical cannabis products in Florida.

Ryan explains the CannaKids team is working on research on 16 of their patients, including her own daughter, who has a low grade brain tumor. “I have seen first hand the impact cannabis can have on cancer cells and the immune system,” she assures.

“Every day is a battle for survival; that is what our father [Bob Marley] would always say… And the plant is survival.”

So, the team is currently focusing its efforts on “fixing the problem that causes cancer so our bodie’s natural immune system can eradicate the disease on its own… For Sophie and in memory of Caveri, and all of the other patients out there suffering from toxic therapies, it’s time to end the suffering.”

“So many good people suffer… But if we work together, we can make it through. Unity is the best thing, the only way. Unity doesn’t mean you have to be laying down in bed with somebody; unity is a spiritual connection. We are all intelligent people, but if we don’t work together, we aren’t so intelligent,” Julian concludes.

The Circle Of Life

Caveri left this earth far too soon. However, she left a gift when she parted.

“Before Caveri’s passing we were able to collect data on her tumor and its microenvironment,” Ryan explains.

“Since, we have begun animal model studies with both my daughter’s tumor tissue in one set, and glioblastoma in the others… Our trials are being led by world leading NK Cell immunologist, Dr. Anahid Jewett who’s been working on treatments for many cancers for over 30 years. She’s been published to the top medical journals in the world over 140 times and is currently in human trials with her Supercharged Natural Killer Cell therapy… It’s mine and Dr. Jewett’s goal to bring more effective, non-toxic drugs to market for children and adults alike.”

See Also: Are Shrooms And Other Psychedelics The Next Big Thing?

A very close friend of his mentioned Caveri’s condition really began to decline right about the same time as Julian released his long awaited “AS I AM” album.

The devoted father cancelled tours, and put his music career on hold to attend to his daughter’s condition. One such tour was the much anticipated Thievery Corporation x Julian Marley Tour. 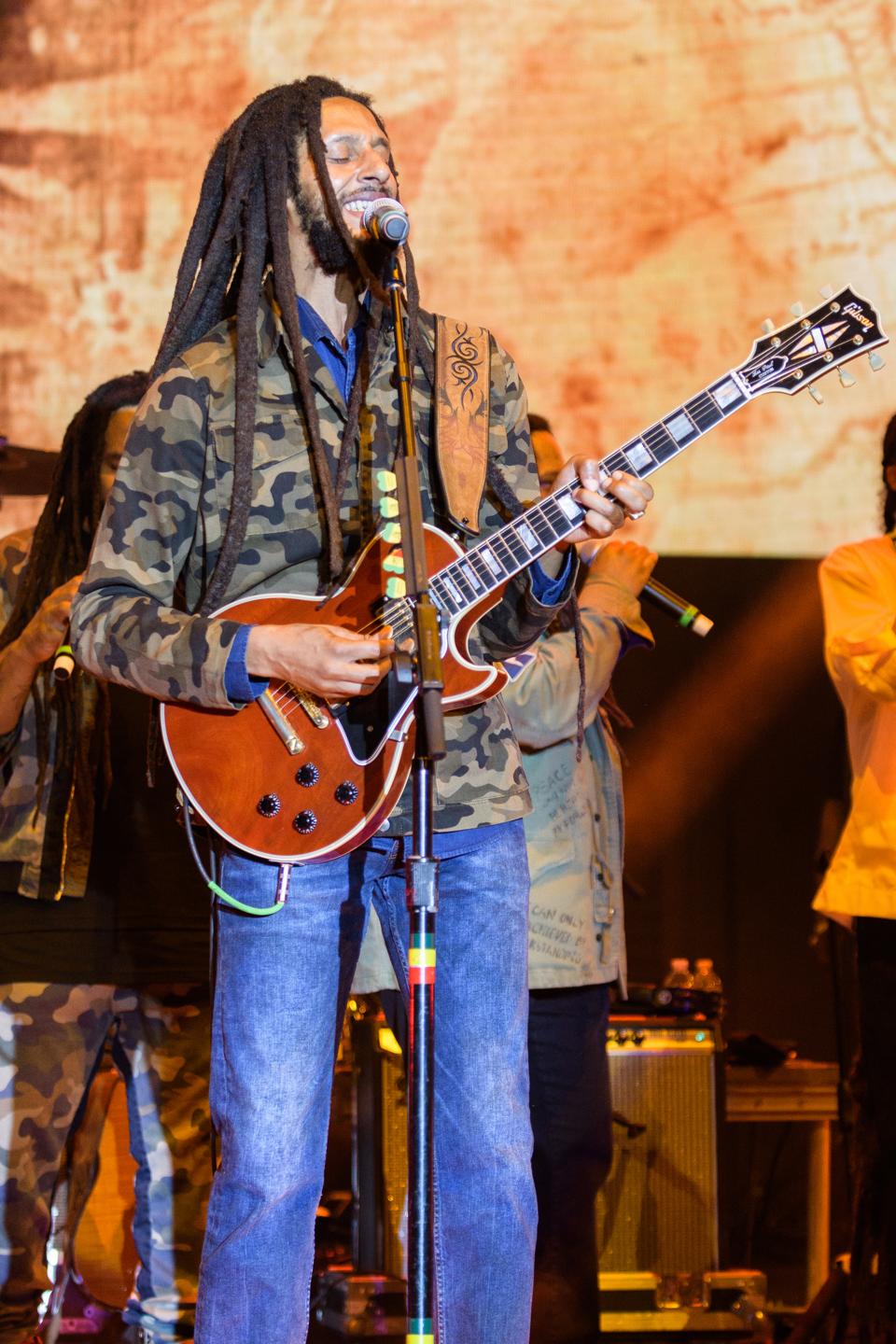 After a long, painful journey, Julian has taken the tragic loss of his father and daughter, and found the strength to make something of them, creating music to honor their reggae roots.

Julian is pushing on through his music, and has made his album tour a platform to spread his message about social justice. Following the footsteps of his father, the great Bob Marley, Julian has leveraged his platform to spread the word about the need for social and criminal justice reform, as well as easier access to cannabis-based medical treatments.

In recent months, the musician also got reunited with Thievery Corporation’s Jeff Franca, who also lost his younger brother to cancer. The two have vowed to begin working on a new, secret project in 2020, dedicated to their lost loved ones.

Amidst the tragedy, Julian is up for a Grammy in 2020 for best reggae album, and like his legendary father – he continues to fight for justice for his children, Caveri and the world, through his music.

How Lingerie Label Myla Navigated The Lingerie And Underwear Sector