Breaking
Apple Dominates Microsoft In MacBook Pro Vs Surface...
Do You Know If You’re Prepared For Retirement?
The Amazfit GTS 2 Mini May Be One...
Hotelier/ Billionaire Philanthropist Jonathan Tisch: What A Hospitality...
More Entrepreneurship, Less Recidivism Among The Formerly Incarcerated
Do S&P 500 Investors Really Want To Buy...
Small Business Burnout? Use This Time To Rest,...
7 Native American Inventions That Revolutionized Medicine And...
Cannabis Industry Expects A Green Christmas
How Small Businesses Can Survive The Growing Pandemic
Check These ‘Risky’ iPhone 12 Security Settings Now—Here’s...
Five Key Findings From The Highly-Anticipated ‘Future Of...
How To Pivot A Customer-Facing Hospitality Business Into...
How To Be A Better Leader For 2021
iPhone ‘Weak Security’ Wi-Fi Warning: Here’s What It...
Stock Market: ‘Fundamental-Lite’ Speculation Is Here – It’s...
Home Technology Jupiter And A Naked Eye Comet Sparkle After Dark: What You Can See In The Night Sky This Week
Technology 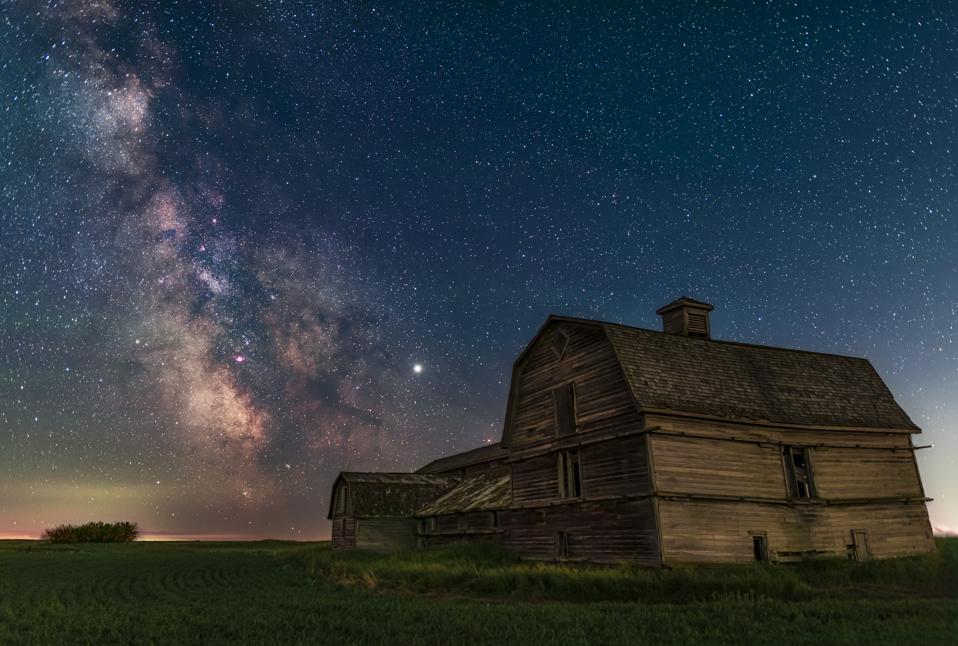 The galactic centre area of the Milky Way in Sagittarius behind the grand old barn near home in … [+] southern Alberta, on June 30, 2019. (Photo by: Alan Dyer/VWPics/Universal Images Group via Getty Images)

Each Monday I pick out the northern hemisphere’s celestial highlights (mid-northern latitudes) for the week ahead, but be sure to check my main feed for more in-depth articles on stargazing, astronomy and eclipses.

This week we’ve got an enviable and varied list of celestial sights; our galaxy’s center looking its very best, Jupiter at its brightest of all of 2020 and a pretty Venus-Moon conjunction.

With the Moon reaching Last Quarter tonight and rising way after midnight, the Milky Way’s galactic center becomes an easy sight in dark, moonless skies. If you’ve wanted to get images like the one above, the next 10 days or so are among the best of 2020 (around Last Quarter moon in August and September will also be good—after that the galactic centre is below the horizon as seen from the northern hemisphere).

Tonight Jupiter reaches opposition, when Earth passes between it and the Sun. As a consequence the planet’s disk is 100% illuminated as seen from Earth, and Jupiter will look at its brightest and best for all of 2020.

The geometry of opposition also means that the planet rises at dusk (in the east) and sets at dawn (in the west), which is convenient. Grab some binoculars and see if you can see four of its moons—they’re an easy target. If you have a small telescope, now is the time to use it.

Although the date of a major planet’s annual opposition is celebrated by amateur astronomers and planet-gazers, practically-speaking, Jupiter will be well-positioned and shining very brightly for the next few weeks and months. 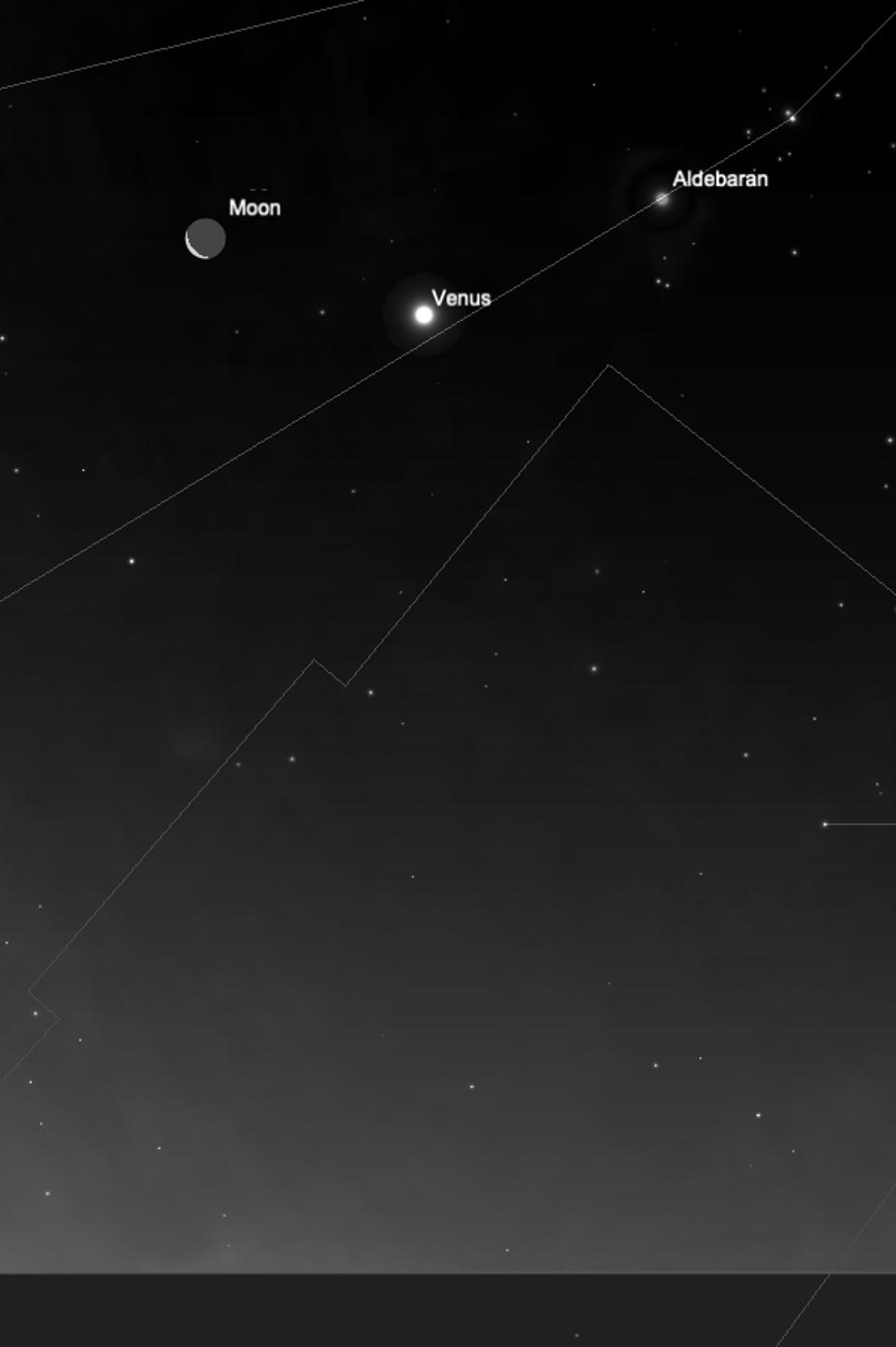 If you’re up well before sunrise look to the eastern sky and you’ll see a lovely tableau of a 12%-lit, 26-day old crescent Moon close to a very bright Venus.

Shining at a magnificent magnitude -4.5, Venus is sure to look fabulous. Glance to its right to see the bright star Aldebaran in Taurus, which will be around the same distance as the Moon is from Venus on the other side.

Constellation of the week: Sagittarius

This is one of the best weeks of the year to check-out the vast summer constellation of Sagittarius, the archer, which is positioned across the densest star fields of the Milky Way galaxy. 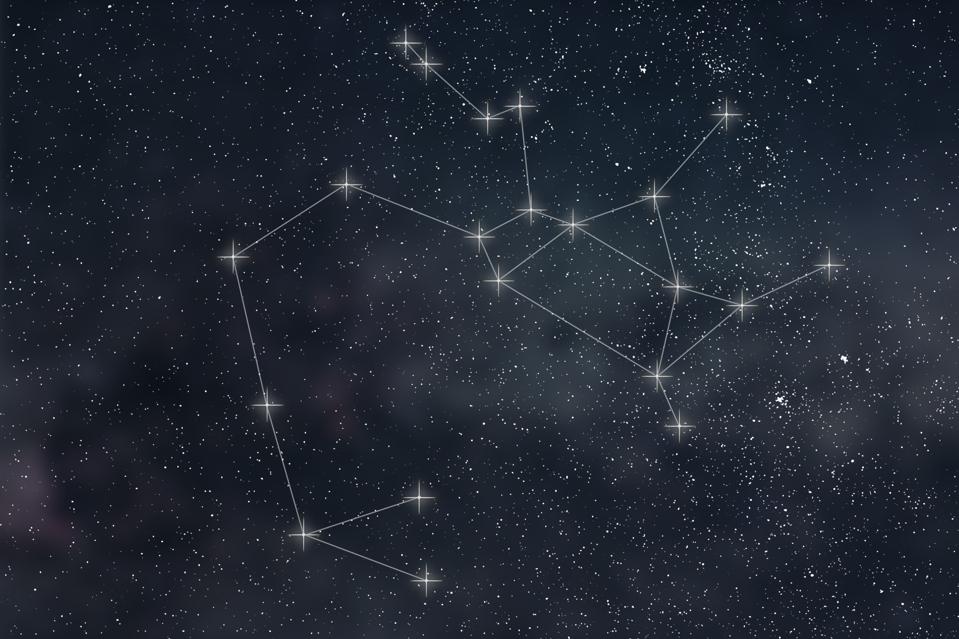 The constellation of Sagittarius.

It’s also over the galaxy’s center, so while you look in the direction of Sagittarius you’re looking at galactic central point. The most interesting sight here isn’t the shape of the archer—which is pretty hard to see—but a smaller shape (stargazers call it an asterism) called the “Teapot.” Look south.

Trump Rollbacks Of Energy Regulations May Not Survive A New Administration

Life After COVID: The Debt Tsunami That’s About To Hit The World