Breaking
Customer Service Recovery: Six Keys To Turn Complaints...
How Becoming A Learning Organization Is Key To...
IRS Increases Enforcement On Cryptocurrency: What This Means...
Optimus Prime Finally Gets The Diaclone Update He...
No, There Isn’t A Black Hole At The...
The Fed Could Be Repeating This Key Mistake...
Japanese Lawmaker Becomes Billionaire By Selling E-Signature Services...
Communication Lessons From The Presidential Debate
4 Tips For Attracting Your First ‘Dream Client’...
Want To Generate More Sales This Holiday Season?...
Your ‘Harvest Moon’ Moment Is An Illusion: Why...
Launching A Startup Comes Down To Making A...
Google Meet’s Unlimited Calling Will Continue To Be...
The Need For Speed-Is Quantum Computing A Good...
Stock Market Crash: The End Game Approaches
Best Video Conferencing Software
Home Business Jürgen Klinsmann Comes In To Protect Windhorst Investment At Hertha Berlin
Business 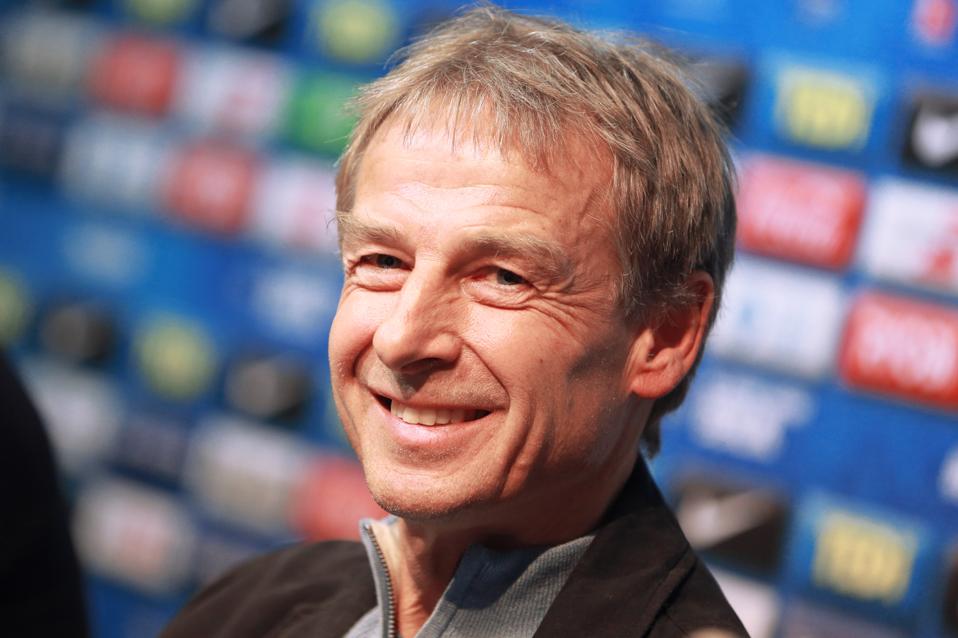 Jürgen Klinsmann has been tasked with saving Hertha Berlin’s season.

Ante Čović was dismissed as head coach of Bundesliga side, Hertha Berlin on Wednesday – his inability to steer ‘Die Alte Dame’ towards Europa League qualification one factor, a closeness to relegation however, the main reason for departure.

The 44-year-old was only appointed in the summer, after Pál Dárdai left his position following a run of poor performances which saw Hertha finish in 11th place, picking up 13 league losses.

With just 11 points after 12 games, and sitting in 15th place, the writing was on the wall for Čović. A collapse at Augsburg on matchday 12 saw he Berliners beaten 4-0 by their 10-man Bavarian opponents.

Jürgen Klinsmann was announced as his replacement immediately, perhaps brought in with one eye on this very situation.

Klinsmann only joined Hertha a matter of days ago in footballing terms, 21 to be precise. Nominated to the supervisory board of the club originally, he now has temporary control of matters on the pitch until the end of the season. 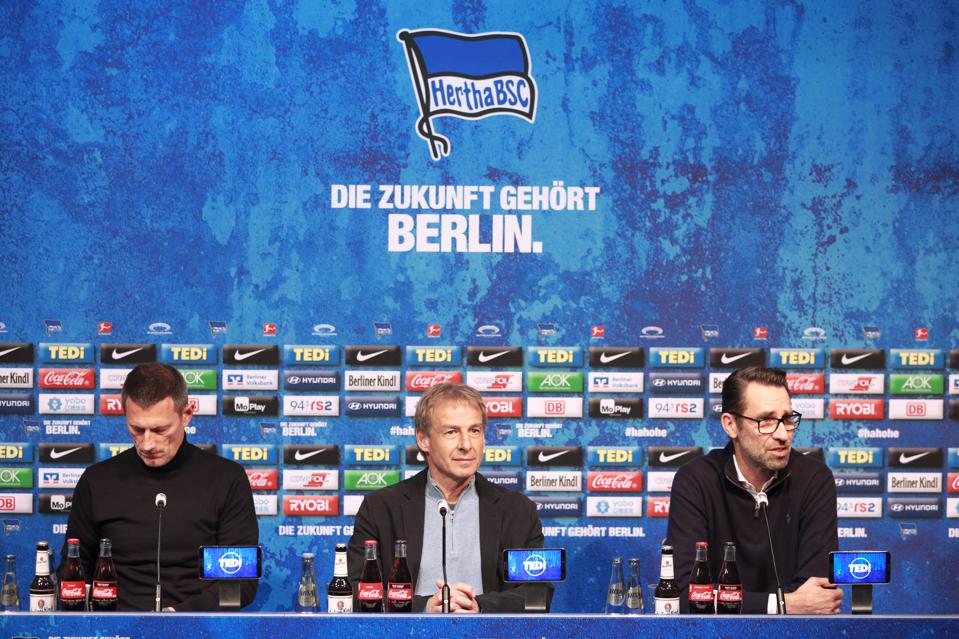 For Hertha, the move should allow the club a chance to move back up the Bundesliga table. Relegation to Germany’s second tier is not an option after a number of high profile investments.

Back in June, Lars Windhorst arrived – his investment company Tennor Holding bought 37.5 percent stake of ‘Hertha BSC Kommanditgeseellschaft auf Aktien (KgaA)’, the company which operates the club’s football operations. It was a deal worth $137.7 million (€125 million).

And, it was Windhorst who initially attracted Klinsmann to the capital, when appointed to the supervisory board in early November the one time FC Bayern coach said:

“In all the talks I had with Lars [Windhorst], I could feel the enthusiasm, delight and trust from all those involved and I’m convinced that I can help make this a successful partnership with my experience and also with my network.” 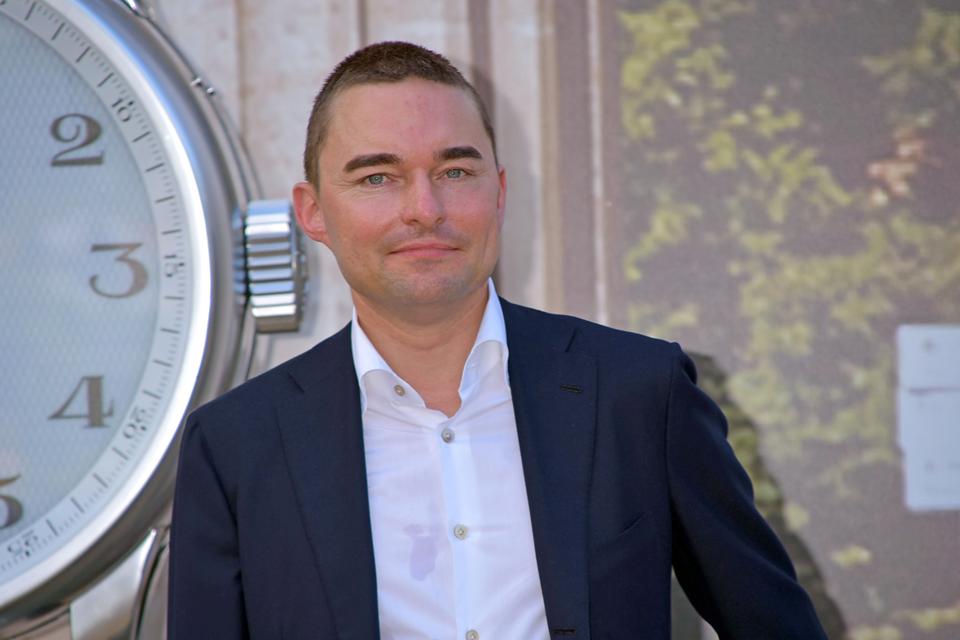 Lars Windhorst will need Klinsmann’s help to ensure his investment remains on course at Hertha BSC.

Of course, the 1990 world cup winner also has a vested interest in the club, his son Jonathan cut his teeth in the Olympiastadion – playing for Berlin’s Old Lady for two seasons before summer’s move to to Swiss club, Saint Gallen.

Speaking at his unveiling as interim head coach on Wednesday, Klinsmann detailed his close links to the club.

“It’s an honor to be able to help out, my father was an enthusiastic Hertha fan and my son played here for two years, so I know a lot of people here” the 55-year-old said.

His first task in hand is to retain Hertha’s Bundesliga status, the club has been a member of the top division for the past six seasons – following a number of yo-yo movements between the leagues in the mid-part of this decade.

Windhorts’ initial investment contains an option clause to extend the company’s overall control to 49.9 percent. Reports indicate that could come at an additional cost of $110 million (€100 million).

It would make Tennor the majority backer, while still allowing the club to conform to Deutsche Fußball Liga regulations, under which the registered association (Hertha BSC KGaA) must hold 51% of the controlling stake.

The departure of Čović and appointment of Klinsmann comes as a protection to current and future investments.

Klinsmann’s task shouldn’t be that difficult on paper, the squad he inherits has a number of quality individuals – he will need to get them performing back the level seen some 18 months ago under Dárdai, which included a railroading of champions Bayern Munich.

Borussia Dortmund will be the first visitors to Berlin in a game that holds the key to Klinsmann’s opposite number, Lucien Favre.

The Swiss tactician is under extreme pressure following a number of poor performances of late, including Wednesday’s Champions League implosion at Barcelona.

Football is an unforgiving landscape, it could well be that to steer Hertha back up the table Klinsmann has to do it at the detriment of Favre.

Speaking at Friday’s pre-match press conference Klinsmann projected that the eagerly anticipated clash would be of Hertha’s own making though.

“With all due respect to Borussia Dortmund, what happens tomorrow is up to us. We need to be willing to make sacrifices, we need passion and must ignite the crowd.”

Duet With Big Sean Is A ‘Billboard’ Milestone For Jhené Aiko