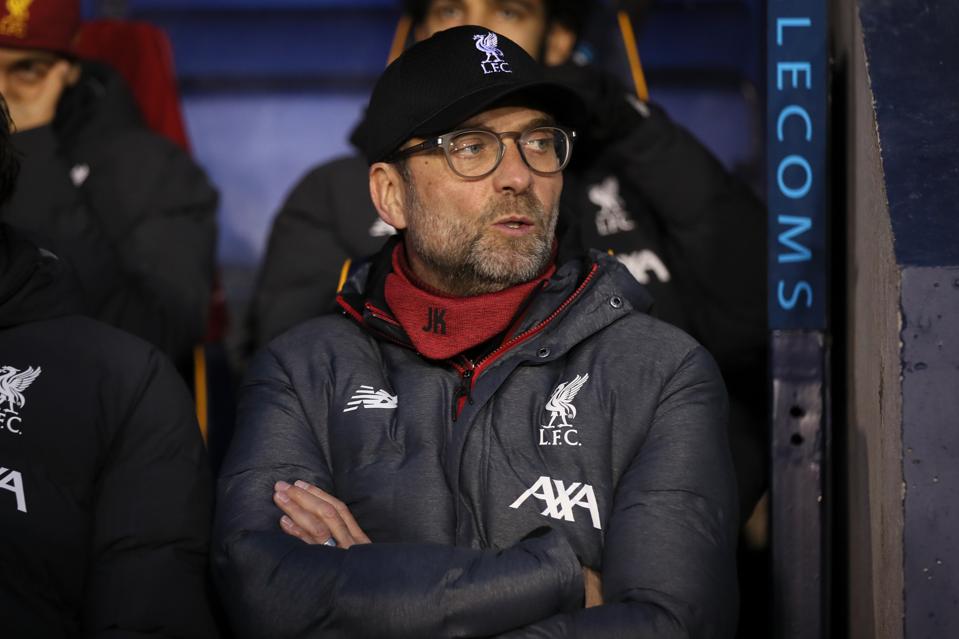 SHREWSBURY, ENGLAND – JANUARY 26: Jurgen Klopp the head coach / manager of Liverpool looks on … [+] during the FA Cup Fourth Round match between Shrewsbury Town and Liverpool at New Meadow on January 26, 2020 in Shrewsbury, England. (Photo by Matthew Ashton – AMA/Getty Images)

Liverpool manager Jürgen Klopp has claimed no senior players will be included in the Reds’ FA Cup fourth round replay to Shrewsbury Town at Anfield, whilst also stating Under-23s manager Neil Critchley will be in charge.

Curtis Jones and a calamitous own-goal from Donald Love gave Klopp’s side a 2-0 lead, before Jason Cummings’ brace helped the Shrews to a 2-2 draw, whilst setting up a shock replay on Merseyside. 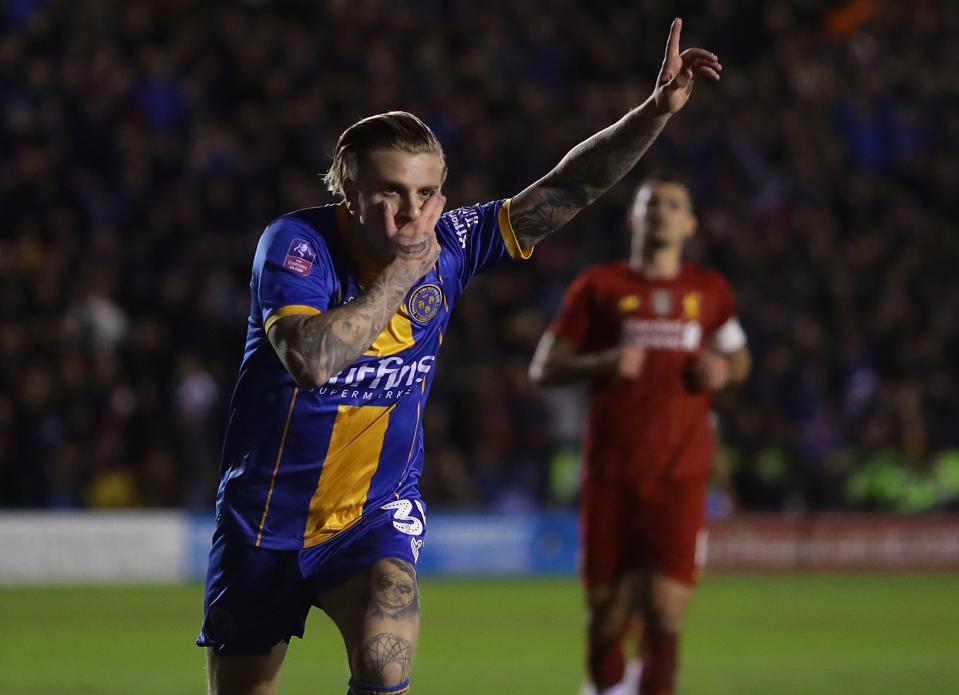 SHREWSBURY, ENGLAND – JANUARY 26: Jason Cummings of Shrewsbury celebrates scoring the first goal … [+] from the penalty spot during the FA Cup Fourth Round match between Shrewsbury Town and Liverpool at New Meadow on January 26, 2020 in Shrewsbury, England. (Photo by Richard Heathcote/Getty Images)

The game is expected to take place just days after Liverpool’s Premier League clash with ​Southampton at Anfield either on Tuesday 4 February or Wednesday 5 February, and Klopp confirmed to James Pearce of the Athletic, no senior members of his squad will feature, nor will he be in the dugout.

“We intend to honour the original idea of the break,” the Liverpool manager said. “We have respect for the players’ welfare and they need this time off. We got a letter from the authorities in April last year asking us not to organise anything during the week of the break and we haven’t. 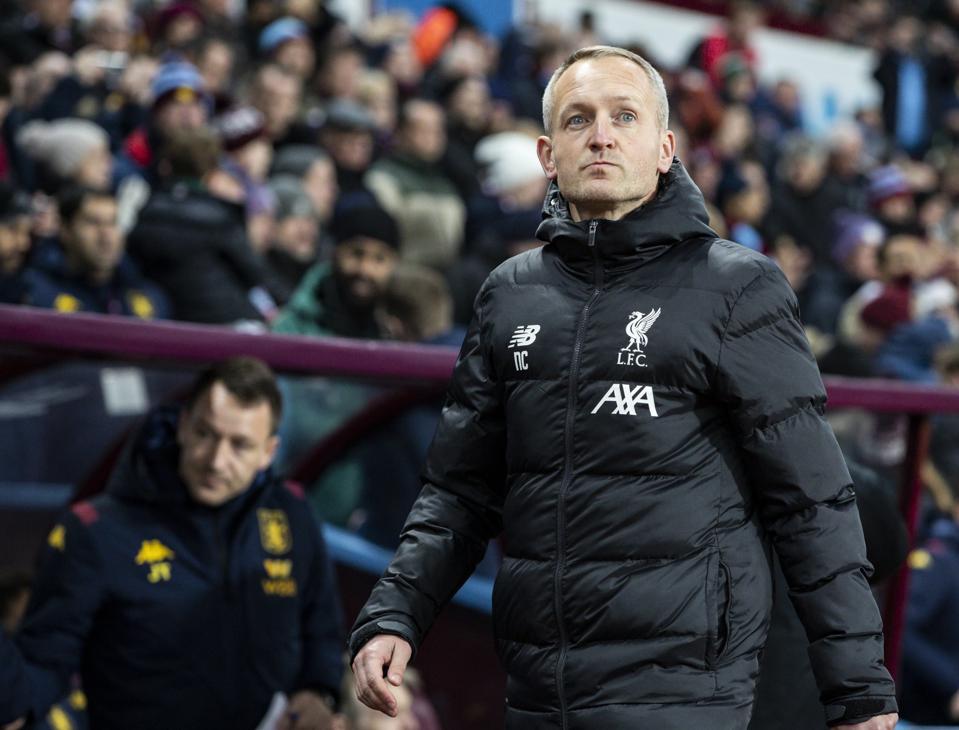 It will be a repeat of the League Cup fixture at Aston Villa a month ago, with Critchley again in charge of a side of youngsters when Shrewsbury rock up at Anfield for the replay. Klopp believes his side should have managed the game better.

“We lost the ball in the wrong moments and we never got used to the pitch,” he said. “We conceded the penalty after losing the ball and when they scored their second goal it was after we had lost two challenges in a row. We didn’t play well enough to take anything from the game, we got what we deserved. 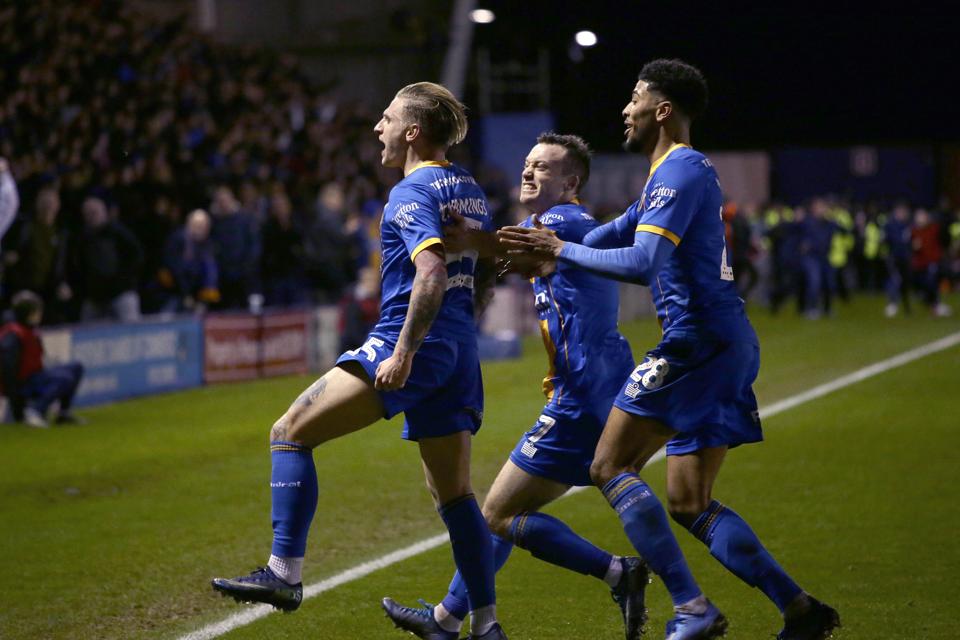 “I would like to give Shrewsbury credit for their performance and the atmosphere their supporters produced. I enjoyed the atmosphere around the cup tie, I just didn’t enjoy the way we played.”

Go One More: Achieving More Than What You...