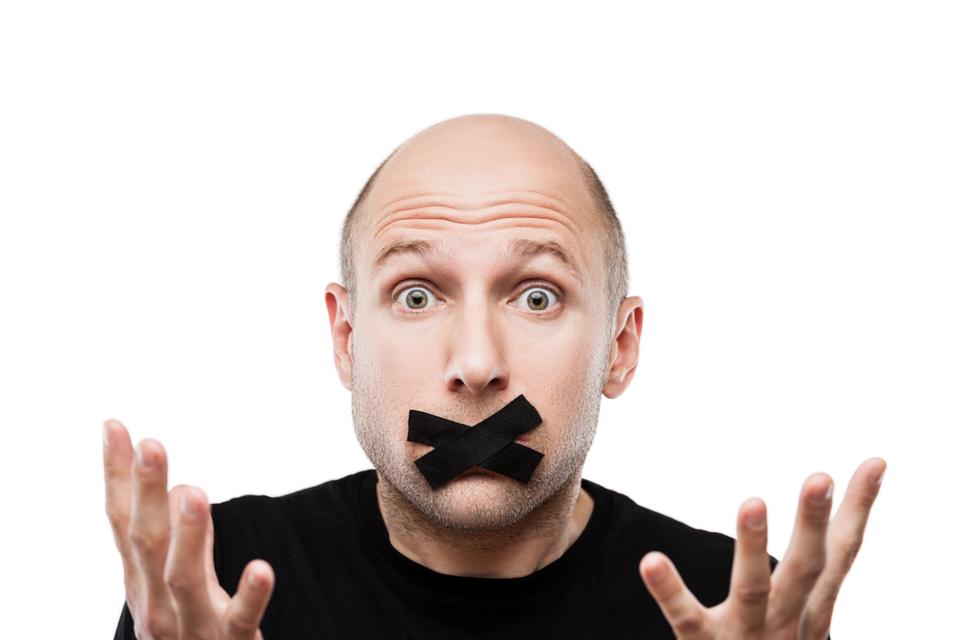 What’s coming out of your mouth when you talk? (Photo: Getty)

That’s not exactly how the No Doubt song goes. No doubt indeed. But findings from a study published as a research letter today in the New England Journal of Medicine may make you want to stand back the next time someone speaks, especially if that person is saying, “I thoroughly want to thank you for thwarting Thanos so thoughtfully on Thanksgiving.” And especially, especially if he or she is infected with the COVID-19 coronavirus.

The study literally provided spitting images of what may happen when people talk and say the words, “stay healthy.” For the study, Philip Anfinrud, Ph.D., Valentyn Stadnytskyi, Ph.D., and Adriaan Bax, Ph.D., from the National Institutes of Health (NIH) and Christina E. Bax from the University of Pennsylvania used lasers to track the size and path of droplets that came out of a person’s mouth while that person was speaking. Yes, freaking laser beams.

They used a green laser to create a sheet of light that projected into a cardboard box through slits on the sides of the box. The insides of the box were painted black, just like the Rolling Stones song, to help them better film and see what happens to the sheet of light.

Next, they got a person to say things into the open end of the box, some potentially very wet things. If anything more than words came out of the person’s mouth, they would only have to travel 50 to 75 mm before hitting the sheet of light. Anything that would hit the sheet of light could as a result produce light scattering or flashes. Thus, research team could film the flashes produced by light scattering to determine how many droplets were generated (based on the number of flashes), their size (based on the brightness of the flashes), and their trajectories.

So with that set-up, the research team got the person to say something somewhat ironic: “stay healthy.” Speaking these words proceeded to launch numerous droplets, ranging in size from 20 to 500 μm, out of the person’s mouth. Yep, the person’s mouth was a bit of a bleeping geyser. When this fan of droplets hit the sheet, it produced anywhere between 227 and 347 flashes, with more flashes being produced the louder the person said the words. The most flashes occurred when the person pronounced the “th” in the word “healthy.” This is perhaps yet another reason why Thor said, “don’t say that name,” when Hulk mentioned the name Thanos in the movie Avengers: Endgame.

The following tweet shows a lovely picture of the green light flashes produced by the droplets:

This is one situation where it’s not easy being green.

What do you usually do when someone is talking to you? If you answered, “put a slightly damp washcloth over his or her mouth,” then you will probably relate to this next part of the experiment. The research team put a slightly damp washcloth over the person’s mouth and then repeated the same aforementioned steps. The washcloth turned out to be somewhat of a droplet cloth. The washcloth seemed to block most of the droplets because the number of flashes while the person was speaking was close to the number measured when the person was not speaking.

Matthew Meselson, Ph.D. from Harvard University wrote a second letter to the New England Journal of Medicine about the first letter, because that’s what scientists can do, write letters about a letter about droplets coming out of a person’s mouth. Meselson wrote about how the laser study illustrated “how liquid droplets exhaled during speech can linger in the air.” Linger is not only a Cranberries song but also means than someone else close by may be able to subsequently inhale those droplets.

The authors of the first letter also mentioned a study published back in 2009 in the Journal of Aerosol Science that compared the number of droplets produced by speaking with the number produced by coughing. In that study, a cough generated from 947 to 2085 droplets while speaking spewed out from 112 to 6720 droplets. Pretty darn disgustingly similar. 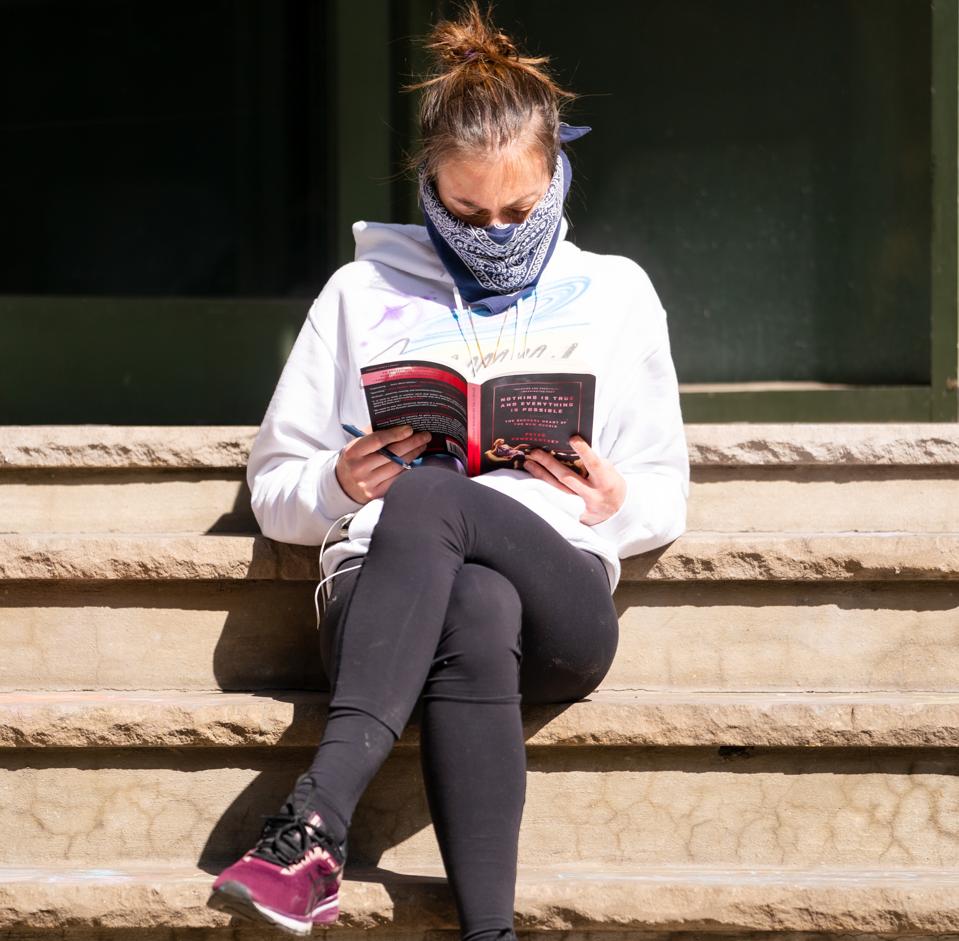 A woman wearing a protective face mask reading on a stoop in the West Village on April 15, 2020 in … [+] New York City. COVID-19 has spread to most countries around the world, claiming over 130,000 lives with infections over 2 million people. (Photo by Gotham/Getty Images)

All of this suggests that a person doesn’t necessarily have to cough or sneeze to transmit a respiratory virus like the COVID-19 coronavirus to others through the air. Talking may be enough to spew infectious droplets into the air. Of course, coughing or sneezing could possibly propel these droplets further than just speaking. The laser study didn’t really track how far droplets from the spoken word could travel. Moreover, this study did not measure whether droplets produced by speaking necessarily have as many viruses per droplet as droplets produced by coughing or sneezing. In other words, not all droplets may be equally infectious.

Nonetheless, this study does offer more support for wearing something over your nose and mouth even if you are not coughing or sneezing. Studies have shown that people can transmit the severe acute respiratory syndrome coronavirus 2 (SARS-CoV-2) to others even if they don’t have symptoms, as I described previously for Forbes. The main purpose of wearing a face covering would not be to protect you from others because masks that are not specially designed to filter out small particles may not offer you much protection against the COVID-19 coronavirus. Instead, the reason could be to protect other people from you by potentially cutting down the number of droplets that come out of your mouth when you are talking. After all, there could be something coming out of your mouth that’s more harmful than words.

This Week’s ‘Shooting Stars’ Are The Best Until Fall. Here’s How You See ‘Fireballs’ From Home

Finding Your Genius Within In 2020

Eliminating the Distractions of Modern Life