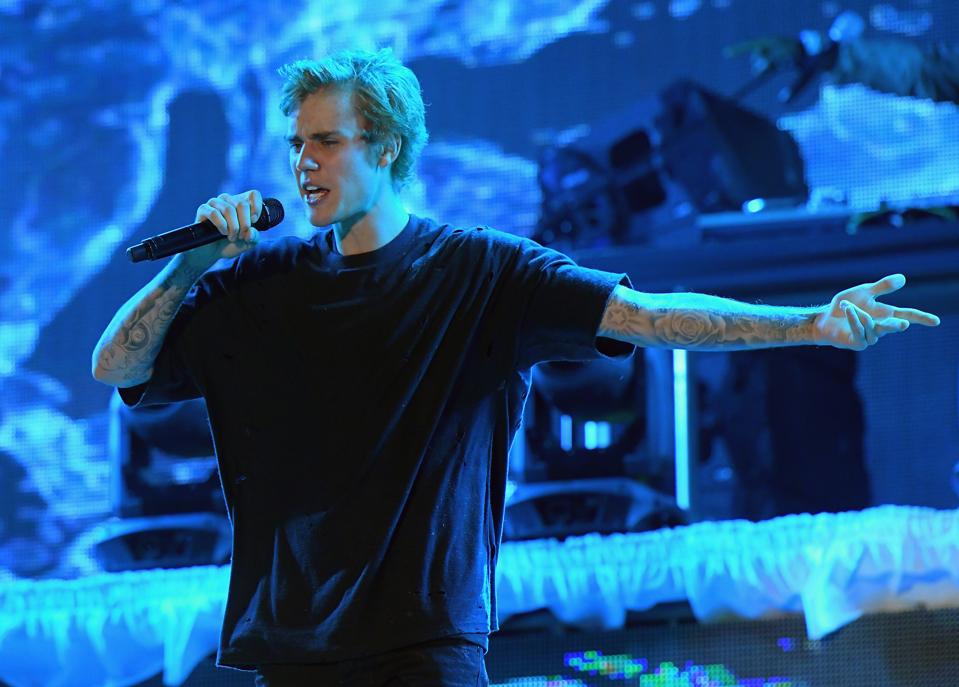 Hip-hop newcomer Roddy Ricch beats Justin Bieber to the top spot on the Hot 100, surprising many in the process this week. The rapper’s “The Box” runs the show, and its ascension helps power a number of other tunes by the musician, and it seems his time to shine has finally come.

Between hip-hop, R&B/pop and country, there’s a lot going on this week on the Hot 100, and after a few sleepy frames (of which there may still be more in the future), 2020 seems to finally be shaking up to be an exciting time in the music world.

It looked for a little while like Justin Bieber may have been headed straight for another Hot 100 No. 1 hit with his new single “Yummy,” but instead, he’s been forced to settle for second place, at least for now. The pop singer’s latest opens at No. 2, giving the star his seventeenth top 10 in the U.S. It is currently performing well at radio, and if it can hold on and pick up some steam when it comes to streams, the track may have a shot at running the show one day soon.

Roddy Ricch is enjoying the biggest week of his career on the Hot 100 by far, and everything with his name attached rises on the chart. The hip-hop star claims his first leader with “The Box,” and that only tells part of the story. He may snag a second top 10 very soon, as “Ballin’,” which is fronted by producer Mustard and which features Ricch, climbs to No. 11, and it seems destined for the highest tier.

At the same time, another collaboration between Mustard and Ricch, the catchy “High Fashion,” bolts up the ranking, settling at No. 35 in just its second stay on the list. It quickly becomes his fourth top 40 on the Hot 100.

Lady Antebellum may have suffered something of a disappointment with their new album Ocean, as it debuted and peaked at No. 11, becoming their first to miss the top 10, but there’s now something of a silver lining. “What If I Never Get Over You,” the set’s lead single, has climbed to No. 40 on the Hot 100, becoming the group’s first such hit in several years.

Brockhampton made headlines two years ago when they debuted their full-length Iridescence at No. 1 on the Billboard 200, and they came close to repeating the feat in 2019 with their newer effort Ginger, which peaked at No. 3. Surprisingly, while they can clearly move an album when they need to, they never made it to the Hot 100…until now. The group’s current focus “Sugar” becomes their first to reach the all-genre tally, coming in at No. 70.

“Sugar” has become a hit in territories all around the world, and it stands a good shot at rising in the coming frames.

Rising country musician Carly Pearce is gearing up to drop her sophomore full-length, a self-titled effort, next month, and now she has another minor hit attached to the set. “I Hope You’re Happy Now,” which has already broken into the top 40 on various country-only Billboard lists, becomes her second tune to appear on the Hot 100, debuting at No. 93 this time around. Featured vocalist Lee Brice returns to the chart for the eleventh time in his career.