Juventus’ Partnership With Allianz Extended Until 2030 In $112 Million Deal​ 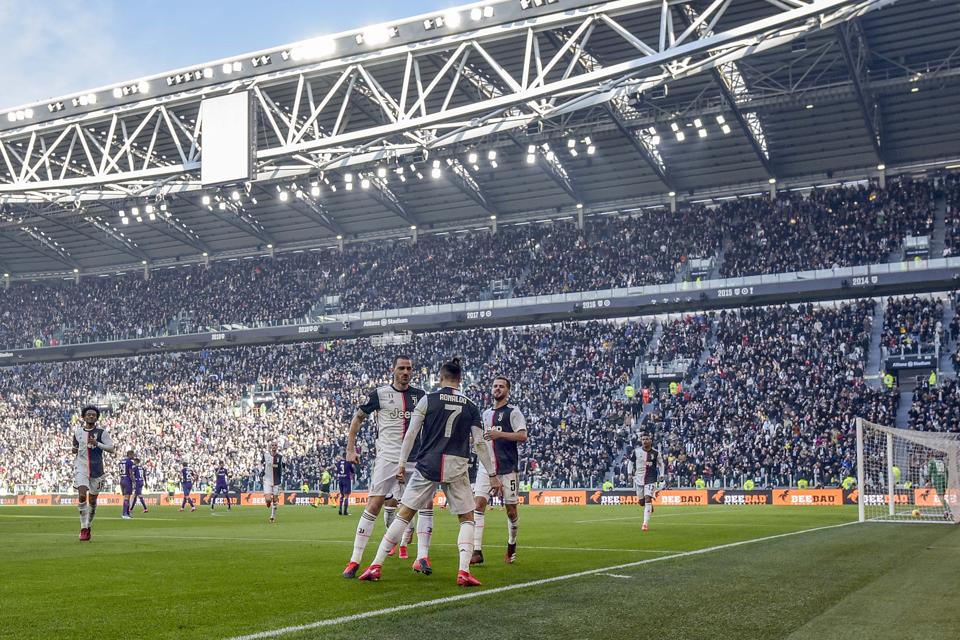 TURIN, ITALY – FEBRUARY 02: Cristiano Ronaldo of Juventus celebrates after scoring the goal with … [+] teammates Leonardo Bonucci and Miralem Pjanic during the Serie A match between Juventus and ACF Fiorentina at Allianz Stadium on February 2, 2020 in Turin, Italy. (Photo by Daniele Badolato – Juventus FC/Juventus FC via Getty Images)

Juventus have announced that they have agreed a deal to extend their partnership with insurance industry giants Allianz until 2030 in a deal said to be worth $112 million.

The company signed a six-year agreement with Juve for the naming rights of the stadium back in 2017, and since then the partnership has strengthened further.

There was no official price tag put on, however, Italian website Calcio e Finanza claimed the insurer spent $81.5million for the naming rights. This made it the most expensive naming rights deal in Italy and one of the most expensive sign-offs ever made by Allianz, even if not among the longest. The contract also included significant benefits for Sportfive-Lagardere, who brokered the deal. They received $16.3million in total, paid in five annual payments of $3.2 million.

Whilst they will continue with the naming rights, the latest new bumper deal will also mean an official logo will be present on all Juventus first-team training kits as well as sponsorship rights for the women’s team. 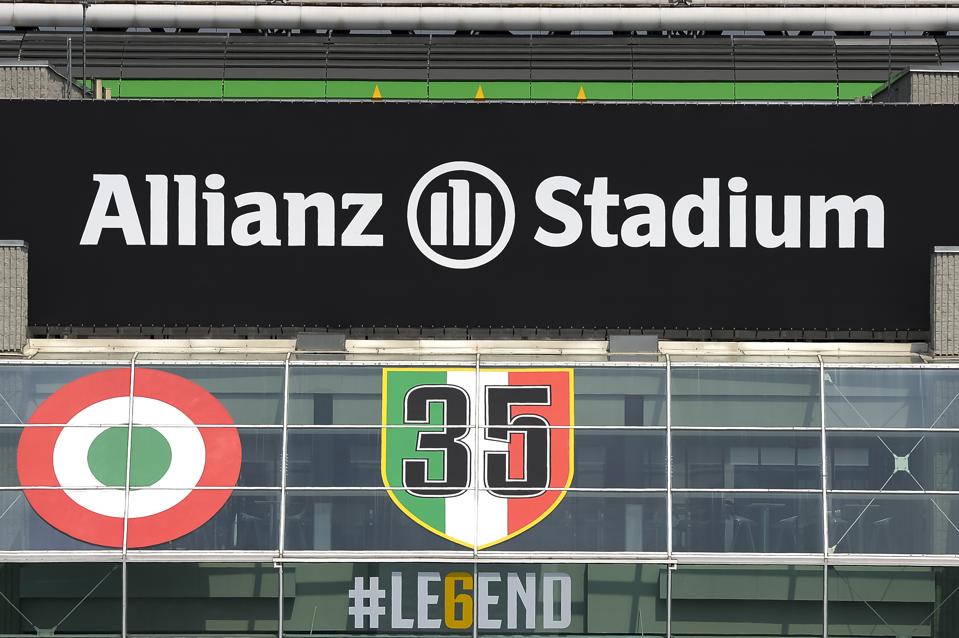 The Turin-based club take on AC Milan in the Coppa Italia semi-final first leg on Thursday night, and the fact the deal has been signed off so swiftly, it will see the Allianz logo on the Bianconeri’s chests for their warm-ups and training sessions, and this will remain for the next ten years and become a permanent fixture.

“We are very happy to have expanded our partnership with Allianz, one of the most active global brands in the professional sport industry,” Giorgio Ricci, Juventus’ chief revenue officer, said on the club’s official website.

“This agreement, which defines a wider perimeter of rights, will be visible every day on the training field and during match days, and it will also allow us to say with certainty that our stadium will be an Allianz venue until 30 June 2030.” 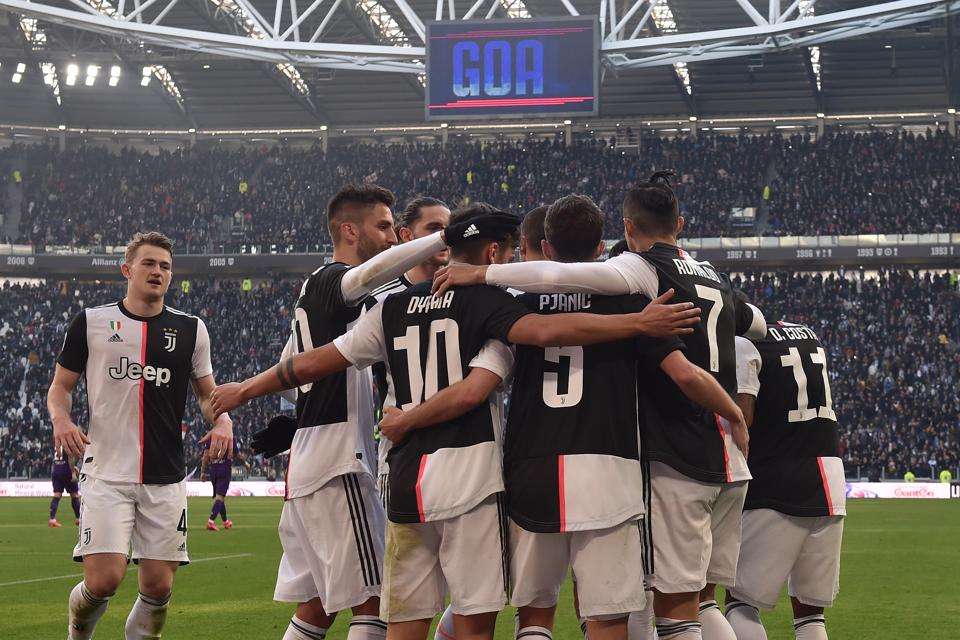 TURIN, ITALY – FEBRUARY 02: Cristiano Ronaldo of Juventus celebrates with team mates after scoring … [+] his second penalty during the Serie A match between Juventus and ACF Fiorentina at Allianz Stadium on February 02, 2020 in Turin, Italy. (Photo by Tullio M. Puglia/Getty Images)

Giacomo Campora, CEO of Allianz S.p.A., said: “As of today, our partnership with Juventus has become even more solid, lasting and relevant at a national and international level.

“Not only have we extended the naming rights agreement with this top football club for the Allianz Stadium until 2030, but we have identified numerous additional sponsorship solutions that will associate the Allianz brand to the First Team, as well as making an important commitment with the Club’s Women’s Sector.”

Juve will be hoping their extended partnership will give them good fortune on the pitch, as much as it will off it, as they look to win Serie A for the ninth consecutive season and make it three Champions League triumphs this campaign.

The revenues from the deal will also bolster the Old Lady’s transfer kitty, so expect some very exciting activity in the summer window. Watch this space.

How To Align Your Personality With Your Career

How You Can Still Communicate Effectively With Staff...

Will the Trump Administration’s Coronavirus Testing Snafus Be...