Breaking
Florida Supreme Court Tells The American Bar Association...
How to Write Perfect Paid Social Media Marketing...
How To Boost Productivity In Your Small IT...
How Restaurants Can Design a More Sustainable Food...
Expenses That Small Business Owners Need to Be...
How You Can Make Saying Goodbye To The...
Biden To Meet Royal Family At Cornwall’s Eden...
It’s Going To Be Emotional — Going International...
Peer Mentoring For Students: STEM & Buds
7 PR Trends in 2021: The Story So...
Google Plans Radical New Google Pixel Smartphone Upgrade
Where Did COVID Come From?
Ride To Growth With A Business Vehicle
C3.ai’s Tom Siebel: How To Scale AI
Moz Acquired by iContact Marketing Corp
10 Examples of Brands Using TikTok Stitch and...
Home Business Kanye West Says Planned Parenthood Was Arranged By ‘White Supremacists To Do The Devil’s Work’
BusinessTechnology

Kanye West, who announced his intention to run for president on Saturday, said in a Forbes interview Wednesday that he believes “Planned Parenthoods have been placed inside cities by white supremacists to do the Devil’s work” ⁠— adding to a long-standing claim anti-abortion activists have made that the women’s health organization perpetuates racist ideals because its founder Margaret Sanger was a proponent of eugenics. 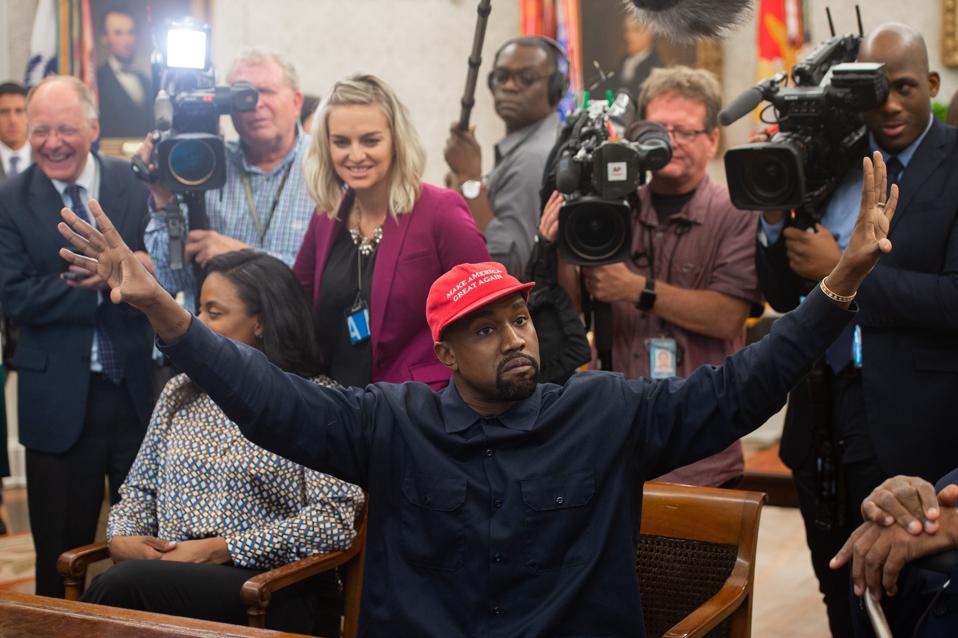 Kanye West meeting with President Donald Trump in the Oval Office at the White House in 2018.

Planned Parenthood has long refuted the claims that it was founded on racist ideals and alluded to the allegation in a recent statement announcing its new CEO and president Alexis McGill Johnson, saying that it “has publicly committed to reckoning with its history, investing in work aimed at engaging communities of color, and improving Planned Parenthood’s health care delivery.”

Much of the controversy stems from a 1939 letter Sanger wrote about her effort to open clinics in the rural south, which she called “The Negro Project.”

Sanger recruited Black leaders to support the project and, in the letter, she said that white men should not run the clinics and that there would be more community involvement and support if the clinics were run by Black doctors because they could “get closer to their members and more or less lay their cards on the table which means their superstitions, ignorance, and doubts.”

“We do not want word to go out that we want to exterminate the Negro population, and the minister is the man who can straighten out that idea if it ever occurs to any of their more rebellious members,” she wrote.

The first half of the sentence was referenced in a letter Sen. Ted Cruz (R-Texas) and 25 House Republicans sent in 2015 urging the National Portrait Gallery to remove a bust of Sanger to support their claim that she “famously espoused birth control as a method for controlling the population of minorities.”

Historians have argued that the line has been taken out of context and that she was referring to people’s suspicions, not Planned Parenthood’s goal.

Anti-abortion activists also point to the fact that Stanger, who is seen as the founder of the birth control movement, spoke about birth control at a women’s branch of the Klu Klux Klan in 1926. Planned Parenthood has since denounced the meeting with the Klu Klux Klan, saying that it “strongly disagrees with Sanger’s decision to address an organization that spreads hatred.” They also argue that, while Sanger believed in the “broader issues of health and fitness that concerned the early 20th-century eugenics movement,” she believed that reproductive decisions should be made by individuals and that she “consistently and firmly repudiated any strictly racial application of eugenics principles.” She did believe in some of the eugenics principles “progressives” of the day favored that many would balk at today, including Planned Parenthood, which has said there are “major flaws in Sanger’s views” and called them “wrong.” “That Sanger was enamored and supported some eugenicists’ ideas is certainly true,” Susan Reverby, a health care historian and professor at Wellesley College, told NPR in a 2015 article about the allegations. But, she added, Sanger’s main argument was not eugenics — it was that “Sanger thought people should have the children they wanted.”

“The sentence may have been thoughtlessly composed, but it is perfectly clear that she was not endorsing genocide,” Ellen Chesler, author of Woman of Valor: Margaret Sanger and the Birth Control Movement in America, wrote in a 2011 Salon article.

West’s famous wife Kim Kardashian West, has been supportive of Planned Parenthood. In an episode of Keeping Up With the Kardashians, she and her sisters Khloe and Kourtney went to a Planned Parenthood center to talk to women. “The perception of Planned Parenthood is that it’s like this abortion clinic,” Kardashian West said during the episode. “That’s nothing like what it’s like. Hearing that first-hand really made it real for me.” (West made his view of abortion clear in the four-hour Forbes interview saying, “I am pro-life because I’m following the word of the bible.”)

600. Planned Parenthood runs more than 600 health centers across the country.

what to watch for

West says he will run for president in 2020, and likes his odds. “Like anything I’ve ever done in my life, I’m doing to win,” he told Forbes.

What Margaret Sanger Really Said About Eugenics and Race (Time)

Kanye West Says He’s Done With Trump—Opens Up About White House Bid, Damaging Biden And Everything In Between (Forbes)