Karim Benzema Proves His Worth In Furiously Fought Madrid Derby 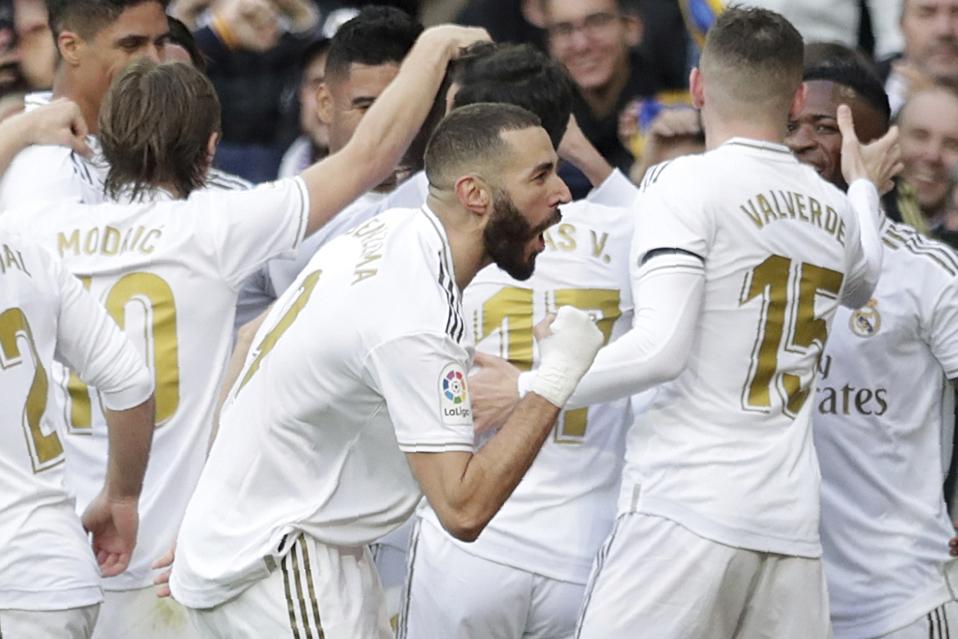 It was the day when Atletico Madrid could pretty much kiss their fading La Liga title hopes goodbye if they lost again at the home of their nearest, and biggest, rivals.

The Madrid derby is always a keenly contested affair, and this one was certainly no different.

Both sides were up for it from the first whistle with no quarter asked or given.

If anything, after the initial burst that is so typical of Zinedine Zidane’s Real Madrid, it was Atleti that were playing the better football.

However, as so many times this season, they weren’t doing an awful lot with the ball when they had it.

A lack of incisiveness at the right time is what has hampered their charge towards the summit, and this despite a glittering array of attacking talent at their disposal.

Shorn on this occasion of Joao Felix, they did at least have Vitolo, Alvaro Morata and Angel Correa to hopefully do some damage.

Only one shot on target for the Rojiblancos in the 90 minutes tells its own story and lays bare Diego Simeone’s problems in this campaign.

Out of the top 13 teams in the Spanish top flight, only Athletic Club have scored as little as Atleti (22 goals in 22 games).

For all of Real Madrid’s excellence, they too were finding it hard to penetrate the Atleti defence, with Jan Oblak providing a safe pair of hands for the visitors.

That was until they were carved open by a sweeping move and Karim Benzema powered home the opener and what would turn out to be the winner.

It was the Frenchman’s 13th goal of the league campaign, however, the Santiago Bernabeu faithful had just started to get on his back again in recent games because of a goal drought.

Copa del Rey goal in midweek excluded, it had been seven league games since Benzema had last found the net, coming at the death against Valencia.

After starting the season with the shackles off, his dry spell had seen Spanish media begin to question his importance once again.

With Eden Hazard virtually match fit and ready to come back into the team, Benzema’s goal couldn’t have come at a better time.

Not that Zidane would countenance playing one or the other, because the Belgian’s style is perfectly complimentary to the No.9, but Benzema doesn’t want to give the manager any excuses to drop him from the starting line up. However unlikely that may seem at this point.

Having always worked hard, even in barren goalscoring spells, Benzema understands that the rewards will come again if he continues to work in the way he always has. He only needs to change aspects of his game if Zidane requires him to.

For now, he can bask in the knowledge that his goal will keep Los Blancos on top of the league for another round of games at least, as Barcelona attempt to play catch up by beating Levante at home on Sunday.

Why Microsoft Will Continue To Thrive After Its Blowout Earnings Announcement

One Medical: Playbook To Disrupt The Massive Healthcare Industry