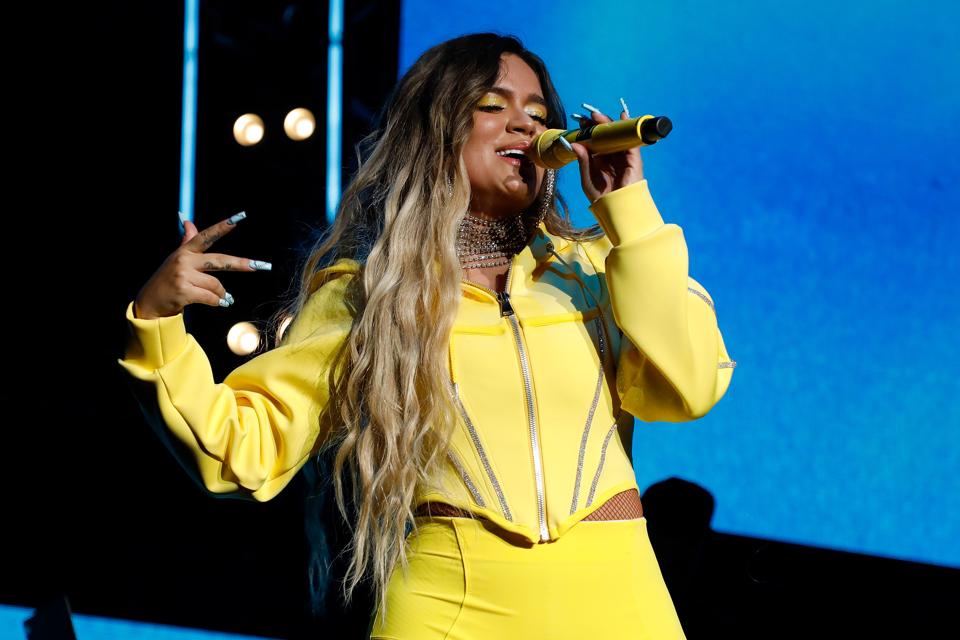 Karol G has done it before, but rarely so quickly.

To her credit, Karol G now has five different singles as a lead artist to reach 10x platino. But what makes this instance so notable is how soon after release “Tusa” arrived at this milestone, three short months. That’s faster than any other in her discography. Coming closest would be “Secreto,” her team-up with Latin trap rapper and fiancé Anuel AA, which earned this in roughly three-and-a-half months time. The other tracks in this grouping—“Ahora Me Llama,” “Culpables” and “Mi Cama”—took significantly longer to do so.

Still, it comes as no surprise, given the hit song’s tremendous multi-week chart-topping success on Billboard’s Hot Latin Songs, up to and including this past week, and its corresponding run on the all-genre Hot 100. On that latter chart, “Tusa” currently holds No. 42, its peak position there to date.

Here are some other recent examples of songs that achieved oro, platino and multi-platino in the RIAA Latin program:

You might have caught El Nene la Amenaza opening some of Bad Bunny’s North American arena shows last year. The Dominican artist’s biggest hit to date just got a little bigger, accumulating another 180,000 units since its last RIAA award in February of 2019. The original dropped back in 2017, and Carbon Fiber Music label boss Farruko joined in for a remix as well, domestic consumption of which also counts towards this certification. An additional pair of Amenazzy singles also scored fresh oro certifications: “Ayer” with Noriel and “Lean” with Bad Bunny.

Having first reached oro late in October of 2019, the Miami teen’s breakout reggaetón hit has doubled that three months later. Back in September, a “Perreito” remix dropped featuring urbano notables Arcángel and Darell as guests. She’s put out a handful of singles since then: “Una Noche Más” and, mostly recently, “Taxi” with Guaynaa. She also featured on the Dimelo Flow helmed The Academy project for Rich Music and on Colombian singer Greeicy’s just-released “Aguardiente” remix.

Scarcely a week after its release, the música urbana favorite’s full-length follow-up to his 2016 debut album El Final Del Principio qualified for—and received—platino certification. Given that the RIAA counts pre-released singles’ streams and downloads as part of its methodology, one can reasonably assume this feat came as a function of the performance of “Si Se Da.” That Farruk0-featured hit reached No. 11 on Billboard’s Hot Latin Songs, as well as No. 4 on Latin Digital Song Sales. His latest Easy Money Baby single “Girl” interpolates 50 Cent’s classic “21 Questions” and now holds No. 23 on Hot Latin Songs.

Coronavirus Brings About Another Issue For Retailers: Delayed Production