Breaking
How To Get Your Startup Business Off The...
How To Create A COVID Safe Construction Site
How to Make a Good First Impression at...
Global Consumer Sentiment Barely Inches Up As Coronavirus...
‘Destiny 2’ Has A Very Special Quest Going...
Is Now A Good Time To Start A...
City Transit: How To Balance Safety And Mobility...
How To Protect And Grow Your Brand On...
iOS 14: Here’s Why There’s An Orange Dot...
Refurbished Mobile Phones: All You Need To Know
Filling A Vacuum – The Entrepreneurs Stepping Out...
Nikola Founder Trevor Milton Reportedly Resigns After Short-Seller’s...
The Trial Penalty And The Case Against Preston...
10 Ways AI Is Revolutionizing Sales
Le Third Scheme
Nvidia’s Stocks May Plunge 12% Following Its Deal...
Stoke Tank Empty? Check Out Social Media Celebs...
Ask Larry: What Happens To The Money Withheld...
How Far Will Tech Decline?
Home General Keep Your Dungeons & Dragons Campaign Cool With Rime Of The Frostmaiden
General

Keep Your Dungeons & Dragons Campaign Cool With Rime Of The Frostmaiden 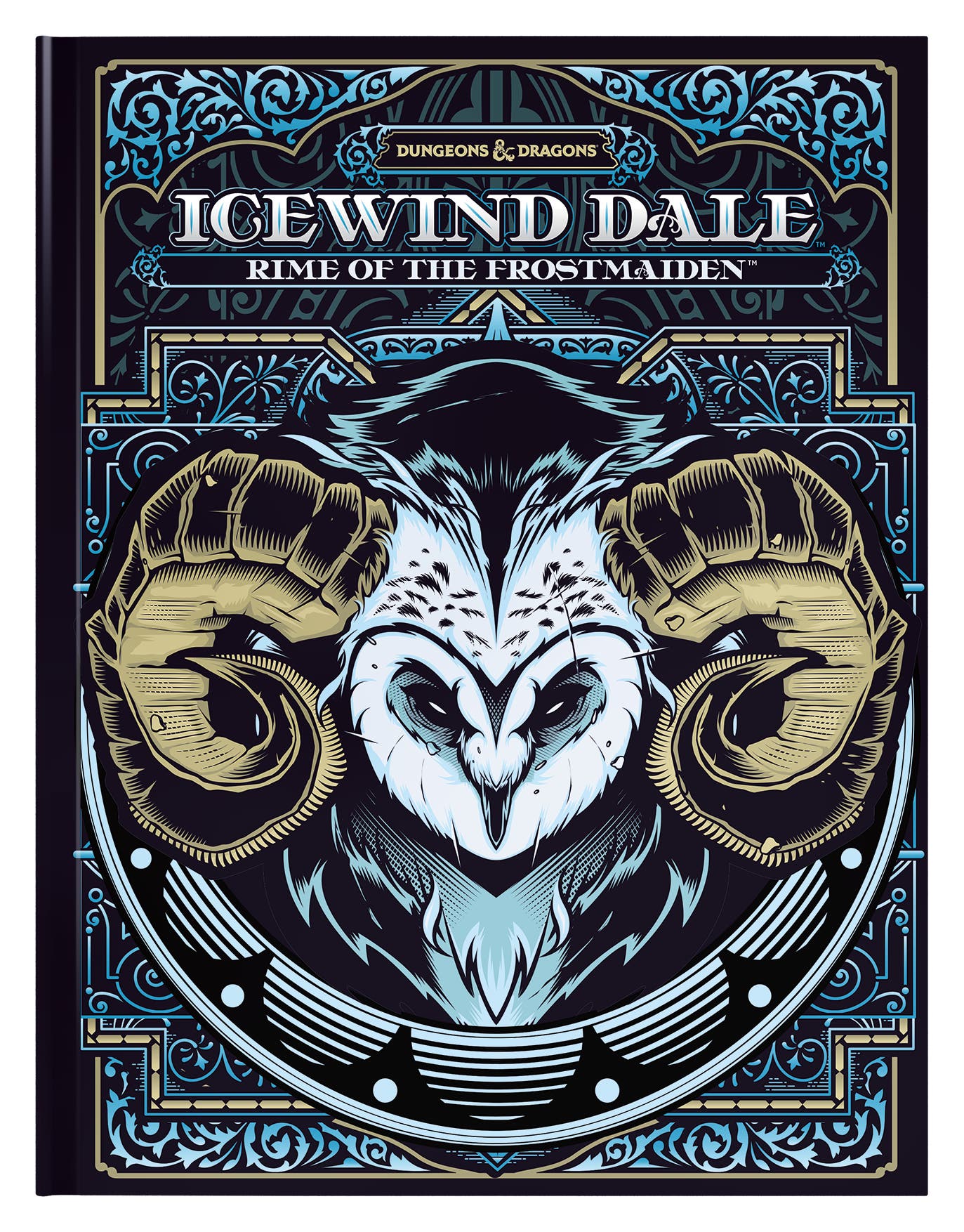 As summer slinks into fall, the next adventure storyline for Dungeons and Dragons arrives on September 15th. That Icewind Dale: Rime of the Frostmaiden is a campaign dealing with loneliness, isolation, and an unrelenting cold seems eerily timed with the way the world feels outside of every Dungeon Master’s table (or Zoom call). While last year’s Descent Into Avernus was also flavored with elements of horror, this story is more about things creeping in the dark and secrets that can kill rather than disfigured demons needing a good slaying.

The campaign is set in Icewind Dale, a frozen wilderness on the northern edge of the Forgotten Realms. The area is known for its frosty climate but as the players enter into the picture, the players must investigate a strange mystery. Even Icewind Dale has seasons but for some reason winter doesn’t seem to be leaving. The players must explore the wilderness for answers as well as get mixed up in the intrigues of the last verge of civilization known as Ten-Towns.

To sum up Icewind Dale: Rime of the Frostmaiden I would use a single word: layered. The opening levels model the open-world stylings of the Essentials Kit by allowing players to wander through each town where each town has a starting adventure and a bonus adventure seed waiting. There are even two different starting adventures engineers for different groups; one ends in a classic battle versus an overwhelming opponent, the other is an investigation best solved by diplomacy. The opening adventures lay the seeds for the larger conflicts but could just as easily be stripped out and used for any starting group regardless of location.

The second set of adventures come out of a chart of tall tales likened to be told in the taverns of Ten-Towns. These locations are out in the snowy reaches of the region requiring players to set up excursions away from Ten-Towns. Each of these adventures is a little more deeply involved with a location or two that build the story toward the campaign climax. Each also gets a short summary early on in the chapter to better help the Dungeon Master choose which rumors to let slip early on in the campaign. In addition to providing several different adventures, both of these first two sections also offer adventures that encourage different outcomes beyond combat. One adventure required a magic time to be fixed. Another encourages one of the players to run for a government position within one of the towns.

The campaign sections are more traditional in they are big location dungeon crawls. There is a suggested level progression but a good DM could reshuffle their order with a careful eye if they wanted to offer a sandbox (snowbox?) ending. All of the chapters have a short reminder before the adventure of important sections of the book to refresh before diving headlong into the new adventure. The full campaign ends with a short page discussing what the characters can do afterwards when the summer sun shines on Icewind Dale once again.

There are several bits of interesting mechanics scattered throughout the book. Those looking for new monsters and spells will find several at the end of the book. A section on wilderness survival offers elements for Dungeon Masters who want to focus on hardscrabble living. There are also secrets that DMs can secret deal out at the beginning of the game that range from the mundane, like being a old flame of one of the NPCs, to being a slaad host who will pop, Alien-like, at an inopportune moment.

What impressed me most about Icewind Dale: Rime of the Frostmaiden is its modular nature. The story comes together well, but each section can be pulled apart and repurposed for use in a different story easily. Publishing adventures in the Forgotten Realms is a win-win for Wizards of the Coast; it is their most popular setting and its also a setting easily used by Dungeon Masters to pilfer ideas for their own setting. Dungeon Masters can let players explore Icewind Dale at their own pace. Or the DM can choose the adventures they prefer and present the campaign in a more linear fashion. With a little modification, Rime of the Frostmaiden could even serve as a sequel to one of the older storylines, such as Storm King’s Thunder, Essentials Kit, or even Curse of Strahd.

Icewind Dale: Rime of the Frostmaiden is available everywhere on September 15th. A collector’s cover is available through friendly local gaming stores.