Breaking
Behind The Curtain—Chapter 11 From The Inside—Chapter 10—The...
Three Classic Ways To Get New Business
With Hope, Perseverance And Faith, Two Friends Are...
Exxon Mobil Shares Cross 10% Yield Mark
T-Mobile for Business BrandVoice: From Sci-Fi To Everyday...
How To Move Your Career Forward By Making...
A Conversation With Jill Houghton, President And CEO...
VW’s Electric ID.4 Lands In Q1 2021 With...
Would Biden Enact Broad Student Loan Forgiveness? These...
Why You Must Slay Your Mindset And Stop...
Surviving The Pandemic With Your Culture Intact: How...
The Disruption Of The Consulting Industry Is Here
Remote 101: How To Create Meaningful Connections For...
How To Reassess Your Finances To Align Your...
7 Things Every Entrepreneur Should Automate
Volkswagen’s Truck Unit Ties Up With TuSimple On...
Home Technology ‘Keep Your Hands Off Eizouken!’ Is Easily The Best Anime Of The Season
Technology

‘Keep Your Hands Off Eizouken!’ Is Easily The Best Anime Of The Season 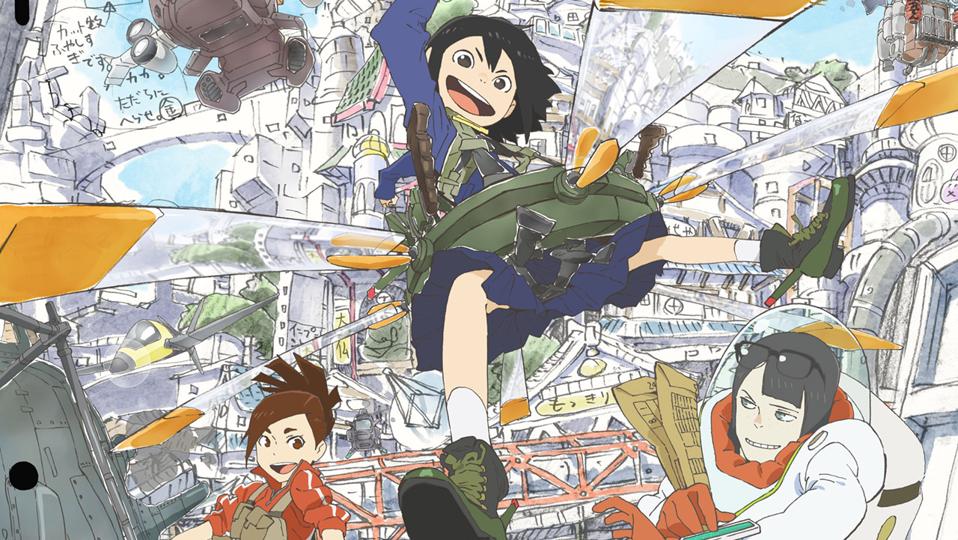 ‘Keep Your Hands Off Eizouken!’ is a joyously great new anime.

There are a few anime that pop-up every few years that are life affirmingly wonderful and Keep Your Hands Off Eizouken! is definitely one of them.

Based on the manga by Sumito Ōwara, it follows the lives of three high-school girls trying to make an anime of their very own.

The main cast consists of the nerdy Midori Asakusa, the exuberant Tsubame Mizusaki and the deadpan Sayaka Kanamori.

Asakusa is obsessed with settings and making an enormous world through an anime, whereas Mizusaki just wants to be allowed to work on an anime in spite of the wishes of her glamorous parents and Kanamori just wants to see it happen, especially if money is involved.

What makes Keep Your Hands Off Eizouken! So special though is how it depicts the merging of disparate imaginations through the medium of anime.

This series is also a love letter to anime as a whole, with Asakusa being obsessed with the classic anime series Future Boy Conan.

This is one of Hayao Miyazaki’s earliest works and is based on the American novel The Incredible Tide by Alexander Key. It’s also a hugely influential series on various people who work in anime, from Shinji Aramaki to Sunao Katabuchi and even Hiroyuki Imaishi to name a few.

So having Asakusa nerd out over Future Boy Conan to Kanamori during a school showing, is more about how real world animators actually feel about the show and that is just great really.

There are also some other undertones within the show, as the trio are always fighting against the system to make what they want or having to defend themselves from people that would exploit them.

Mizusaki is an interesting analogue of a modern anime producer too, with Asakusa as the passionate showrunner.

All of this is backed up by the direction from Masaaki Yuasa, with a great art style that mixes traditional animation with rough sketches, when Asakusa’s imagination literally takes off.

The music is also great, from the catchy opening Easy Breezy by chelmico to the musical score that accompanies the action.

We are only a few episodes in but Keep Your Hands Off Eizouken! is definitely something you should check out.

Keep Your Hands Off Eizouken! is currently streaming over at Crunchyroll.

This AI-Powered Cockpit Knows When To Cut Off The Driver