Breaking
Best Incentive To Get Vaccinated: Money, Messaging, Or...
Page Level Query Analysis at Scale with Google...
How A CIO Can Align IT With Business...
Blogger of the Month: Jo, Girl Eats World
6 Things Women In Business Know That Men...
How to Use First-Party Data for Ad Personalization
Pressing Reset—Putting A Fallen Unicorn Back On Its...
How We Went Viral: Promoting Content with Influencers,...
Blame Olympic Record Price Tag For Return To...
Apple iOS 14.5 Release: Should You Upgrade?
Why Gaming Gear Company Razer Launched A $50...
Technical SEO Implementations to Increase the Impact of...
30 Brilliant Ways to Market Your Eco-Friendly Shopify...
15 Tech Industry Leaders Share Overused (And Misused)...
How to Use Amazon Posts to Promote Your...
U.S. House Passes Bill To Create First Crypto...
Home Business Kenya Airways Seeking Immediate Government Bailout
Business

Kenya Airways has joined the long list of airlines around the world seeking immediate and urgent government support to ensure the company survives.

Kenya Airways is the nations largest airline and the sixth-largest in Africa, with Nairobi serving as an important connectivity hub for passengers between Europe, the U.S. and East and Southern Africa. 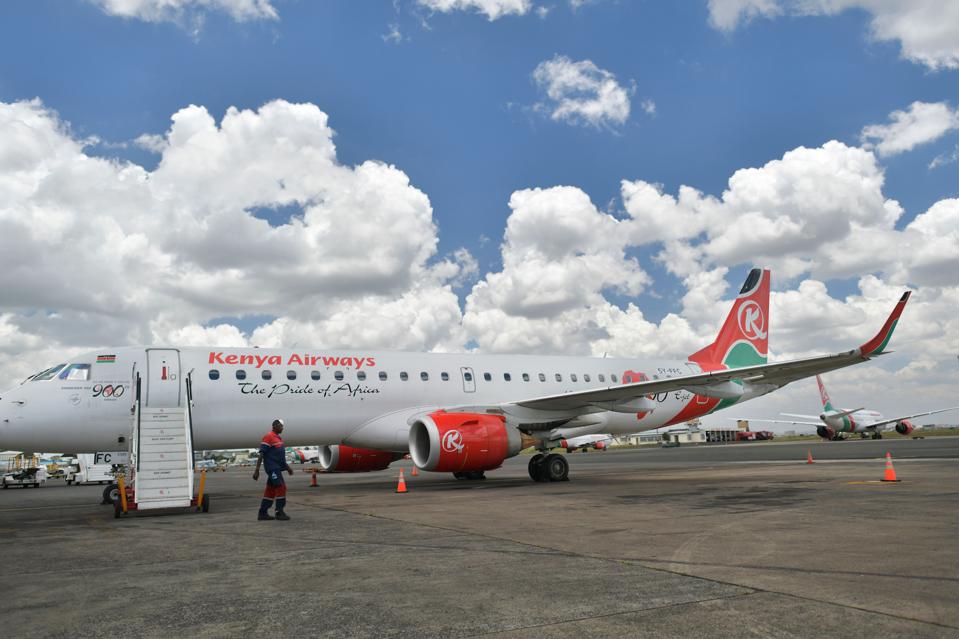 A Kenya Airways ground crew member walks past a parked aircraft parked on the tarmac on March 24, … [+] 2020, at the Jomo Kenyatta International Airport in Nairobi. – Kenya is set to close it’s borders on March 25, 2020, as an additional measure to stop the spread of the COVID-19 coronavirus. (Photo by TONY KARUMBA / AFP) (Photo by TONY KARUMBA/AFP via Getty Images)

With 40 aircraft and 3,900 employees, the airline is vital for connectivity in East Africa. However, with international flights to Kenya halted last week as part of unprecedented global measures to prevent the spread of COVID-19, the airline is now seeking immediate government support.

Kenya Airways had already been going through a period of renationalization since 2017, and so government support would be expected for the struggling carrier which has been contending with mounting debts.

The majority of the airline’s staff are currently furloughed with 80% pay cuts, and the Chairman is now asking for a cash bailout from the Kenyan government to keep the company afloat for the next six months. 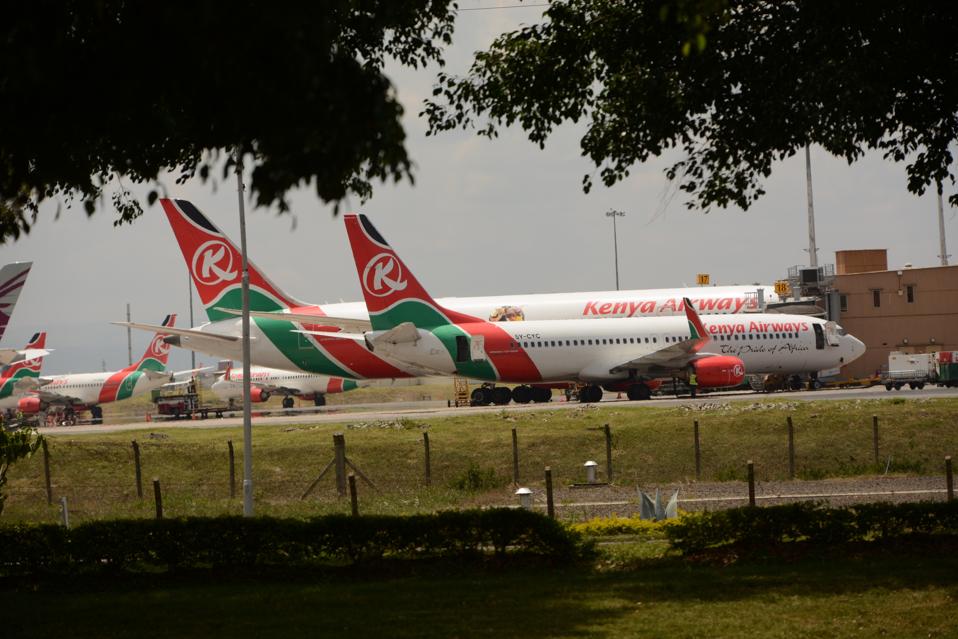 NAIROBI, KENYA – 2020/03/25: Kenya Airways planes are parked at the Jomo Kenyatta International … [+] Airport in Nairobi. The Kenyan government announced that starting on March 25, 2020 midnight, they will not allow international passenger flights to either land or take off from Kenya as a preventive measure against covid-19. Kenya has so far registered only 25 cases of coronavirus. (Photo by Dennis Sigwe/SOPA Images/LightRocket via Getty Images)

With over 40 airlines around the world grounding their entire fleets and many others slashing over 90% of scheduled flights since the spread of the novel Coronavirus, Kenyan Airways has joined the long list of airlines seeking government support.

In the U.K. Virgin Atlantic has requested up to £7.5 billion from the government to survive the current crisis in aviation. Singapore Airlines has so far received the largest individual bailout package from the Singaporean government totalling $15 billion and in the Middle East, Emirates has received unwavering support from the UAE government but it is so far unclear what that will look like.

For partially state-owned airlines it should be expected that governments around the world will take any means necessary to protect their national flag-carrier. However, for smaller, privately owned airlines that are looking for government support, it is currently unclear whether they will receive support. 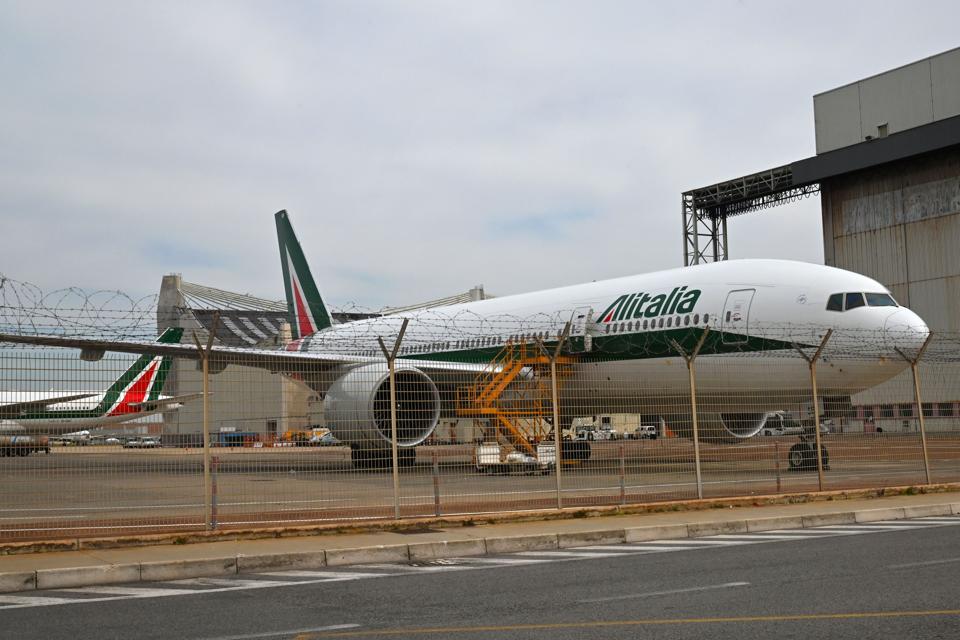 A Boeing 777 bearing the Aliatlia livery is parked at Rome’s Fiumicino iternational airport on March … [+] 17, 2020. – Italy’s government said on March 17, 2020 it will re-nationalise the bankrupt former national carrier Alitalia to make sure crises like the coronavirus pandemic never strand its compatriots abroad. (Photo by ANDREAS SOLARO / AFP) (Photo by ANDREAS SOLARO/AFP via Getty Images)

In Italy, Alitalia has already been renationalized after the recent failure of the only other major Italian carrier, Air Italy, and over in the U.S., the A4A has requested a $50 billion package for commercial carriers.

The Airline Passenger Experience Association (APEX) is claiming that airlines globally may now need up to $250 billion in government support. “Our world must immediately respond to protect its global airline industry with a quarter-trillion dollars in retroactively rebated taxes and emergency loans to its airlines and suppliers,” stated APEX CEO, Dr. Joe Leader.