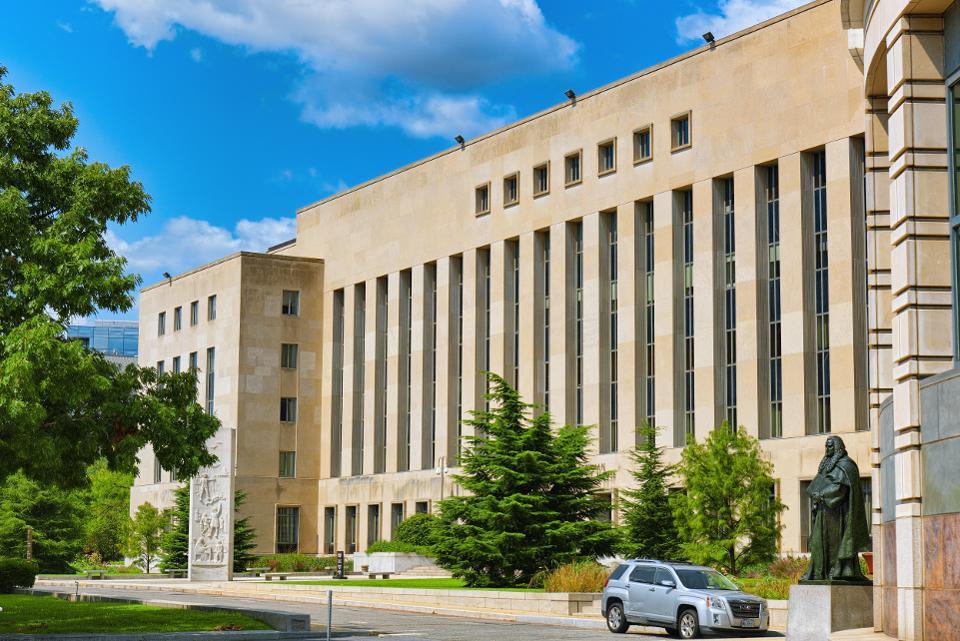 The U.S. District Court for the District of Columbia.

Optional Practical Training (OPT) allows international students to work for a time in the United States. It’s become important for attracting such students to America, particularly when new enrollment of international students at U.S. universities has declined by more than 10% between the 2015-16 and 2018-2019 academic years and other countries offer generous post-study work options. Despite this, some people want to eliminate OPT and have taken their case to court.

The court case in the U.S. District Court for the District of Columbia is separate from a potential Trump administration rule that may restrict Optional Practical Training, which currently allows international students to work for 12 months after graduation and 24 additional months in science, technology, engineering and math (STEM) fields. A summary of the administration’s rule proposal states: “ICE [Immigration and Custom Enforcement] will amend existing regulations and revise the practical training options available to nonimmigrant students on F and M visas.” (August 2020 is the date targeted for a proposed rule.)

A 2019 National Foundation for American Policy study by economist Madeline Zavodny concluded, “There is no evidence that foreign students participating in the OPT program reduce job opportunities for U.S. workers.” (The study was cited in an amici curiae (friend-of-the-court) brief filed with the district court.)

To better understand recent developments in the court case, I interviewed Paul Hughes, a partner at McDermott Will & Emery and a key attorney in the case.

Stuart Anderson: Can you provide background on the lawsuit?

Paul Hughes: Since at least the 1940’s, the United States has provided a way for foreign students to work with American businesses for limited periods of time to complete their education. These longstanding immigration programs ensure that the U.S. economy reaps the benefits of this incredible talent.

The Washington Alliance of Technology Workers has sued the Department of Homeland Security (DHS), arguing that OPT is unlawful. This plaintiff has brought a handful of cases against DHS; its goal is to declare OPT – a program that has existed in some form for more than seven decades – unlawful.

Anderson: What is your role in the case?

Hughes: To ensure that this regulation is appropriately defended, three trade associations – the National Association of Manufacturers, the U.S. Chamber of Commerce, and the Information Technology Industry Council – intervened to protect the rights of international students. I represent the three intervenors in this case.

These intervenors explain how OPT benefits the American educational system, as well as the U.S. economy as a whole. By providing term employment to highly skilled recent graduates, OPT ensures that this talent pool grows the American economy, providing benefits to all workers in the United States. If these employment opportunities were foreclosed, this talent would instead move overseas, damaging American economic competitiveness.

Anderson: What is the current status of the case?

Hughes: The plaintiff has asked the court to grant summary judgment in its favor and declare at least part of OPT unlawful. By contrast, the intervenors and DHS have moved for summary judgment, asking the court to hold that the OPT program is wholly lawful. The parties have each filed opening briefs, with reply briefs to be filed over the next several weeks.

Anderson: What happened during the most recent filings?

Hughes: In the recent briefs, the intervenors provided robust arguments as to why OPT is a lawful – and critically-important – exercise of Executive authority. We were supported by more than 100 colleges and universities, and over 50 major businesses and business associations. This outpouring of amicus support highlights the importance of this existing policy.

Anderson: There had been some speculation the Trump administration would reverse the position of previous federal agencies and support those attempting to eliminate OPT. Were you surprised by the Department of Homeland Security’s filing?

Hughes: The Department of Homeland Security remained true to the U.S. government’s more than seven-decade, bipartisan support of providing recent graduates term-limited employment opportunity in the United States. We were not surprised to see DHS hold steady to this essential commitment. Any decision to the contrary would be reckless for the national economy, as OPT is a driver of economic growth benefiting the nation as a whole. Additionally, because many areas of high technology are crucial to national security, ensuring that innovation occurs domestically allows U.S. laws to appropriately secure sensitive new technology.

Anderson: As you noted, a large number of companies and organizations signed on to amicus briefs in support of OPT. What do you think is the significance of that?

Hughes: The amicus briefs in this case recognize the profound effect OPT has on economic growth. The research confirms that OPT is a net-creator of employment opportunities for all. The plaintiff in this case attempts to portray employment as zero-sum, but the companies and organizations carefully debunk the fallacy of that claim. Growth expands economic opportunities broadly.

Anderson: What are the next steps in the case?

Hughes: We anticipate a decision by the court within the coming months.

Anderson: What do you think is at stake in this case?

Hughes: The fate of Optional Practical Training is at issue in this case. The question is whether each year 100,000 or more international students may graduate from the best colleges and universities and complete their education in the United States by working for American companies. The alternative – the result the plaintiff seeks – is to shut this enormous talent pool out of the U.S. economy, causing these students to take their talents abroad. Many other nations would welcome these highly educated recent graduates, in no small part because where they go, the world’s leading companies will follow.

America’s colleges and universities act as a magnet for the best and brightest students around the world and are an essential part of our global competitiveness. The country as a whole gains untold wealth – including innovative ideas, diversity of background and entrepreneurship – by attracting the best young minds to our shores. There is no basis to reverse course on a common sense immigration policy that benefits the whole country.

The 10 Best Short-lived Shows of The Decade

Could A Green Oscar Category Save The Planet...