Home Business Khabib Nurmagomedov Vs. Tony Ferguson Is Official, Again: A Look Back At The Canceled Bouts
Business

Khabib Nurmagomedov Vs. Tony Ferguson Is Official, Again: A Look Back At The Canceled Bouts 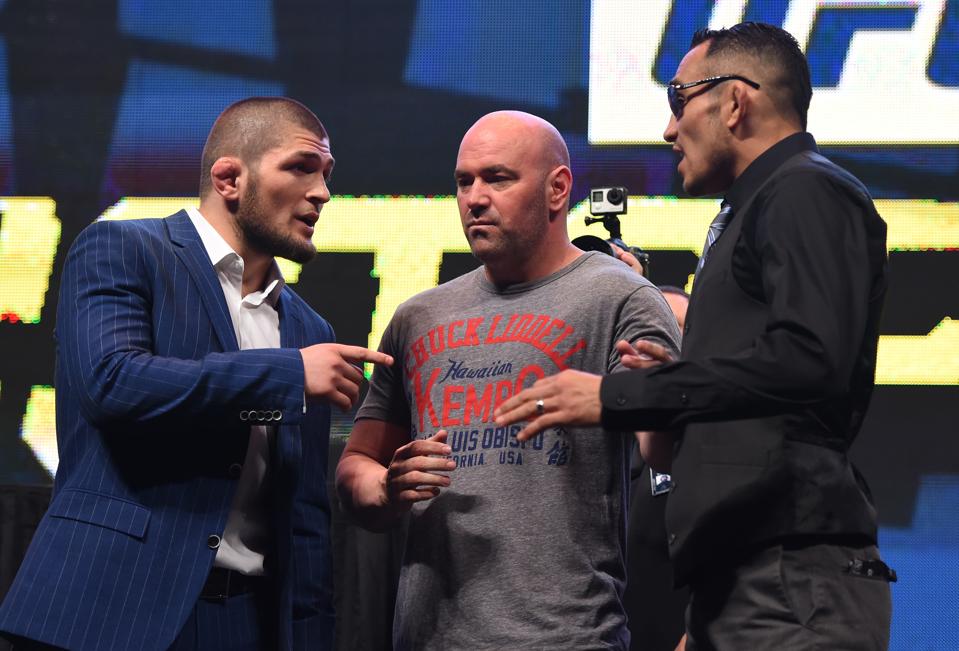 Is it finally going to happen?

On Friday night, news broke, per ESPN’s Brett Okamoto, undefeated UFC Lightweight Champion Khabib Nurmagomedov will defend his title against former interim champ Tony Ferguson on April 18 in Brooklyn. If you’re not new to the UFC, you know this matchup has been scheduled multiple times, but injuries and illness have derailed what is seemingly a dream matchup.

To be specific, this is the fifth time the two men have been set to meet. Let’s look back at the four times prior that Nurmagomedov has been scheduled to fight Ferguson. 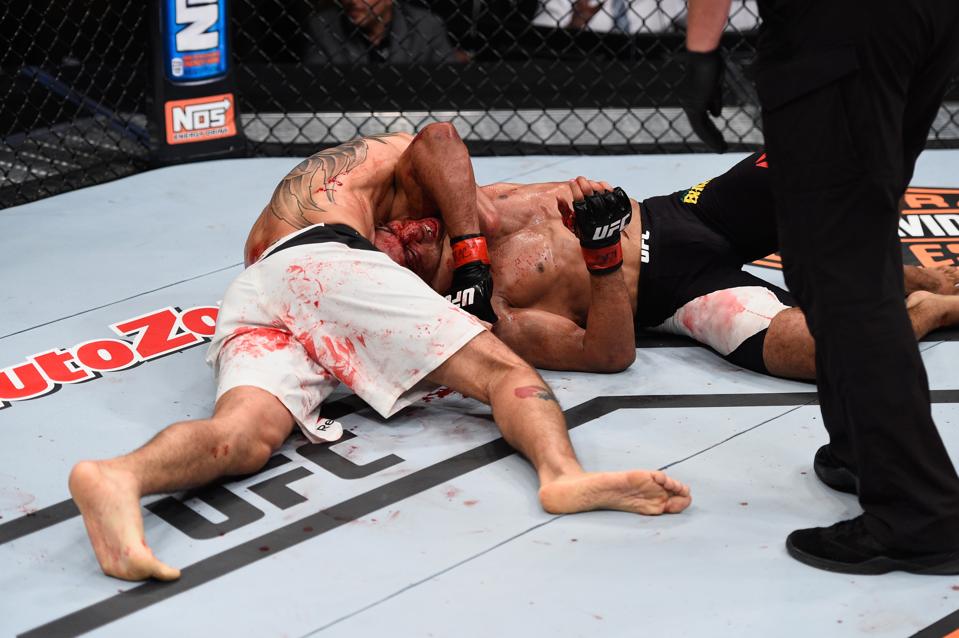 LAS VEGAS, NV – DECEMBER 11: Tony Ferguson (white trunks) attempts to submit Edson Barboza in their … [+] lightweight bout during the TUF Finale event inside The Chelsea at The Cosmopolitan of Las Vegas on December 11, 2015 in Las Vegas, Nevada. (Photo by Jeff Bottari/Zuffa LLC/Zuffa LLC via Getty Images)

Ferguson was 19-3 at the time and he’d won six in a row during his current 12-fight win streak. Nurmagomedov was 22-0, but a rib injury forced him out of the bout. Ferguson would still compete at the event scoring a second-round submission win over Edson Barboza via D’Arce Choke.

It was an action-packed, bloody battle that helped establish Ferguson as one of the most exciting and talented fighters in the world. 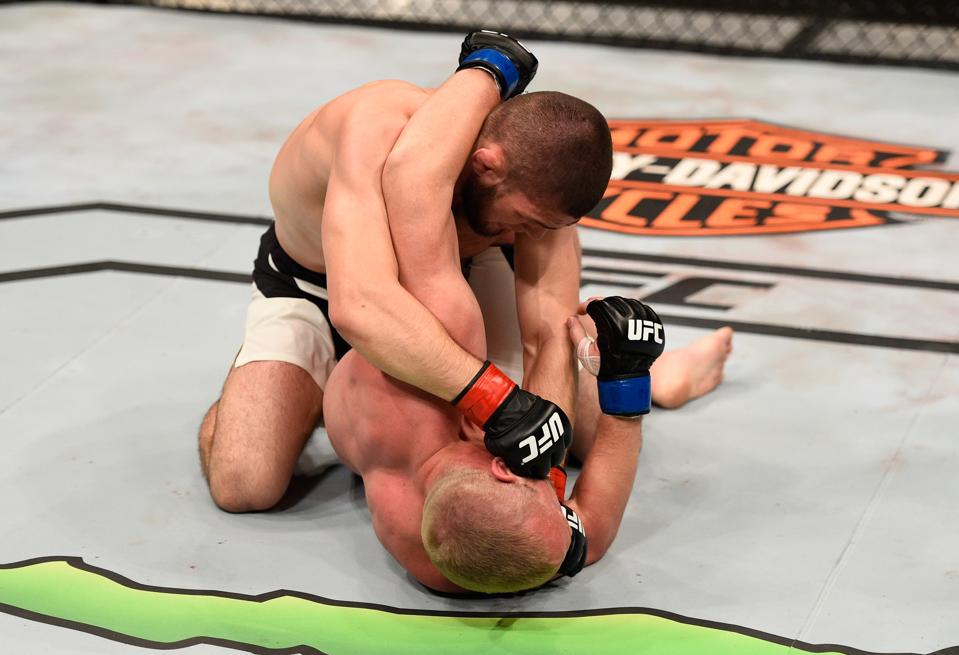 This time it was Ferguson’s turn to experience an injury/illness that led to cancellation of the bout.

“Blood/fluid” in his lungs forced him out of the bout with Nurmagomedov. As Ferguson did the previous year, Nurmagomedov would stop the opponent who stepped up in his rivals’ place. Nurmagomedov scored a dominant second-round TKO win via ground-and-pound strikes over a defenseless Darrell Horcher. The win pushed Nurmagomedov’s record to 23-0.

Ferguson would return to the Octagon in July 2016 with a thrilling, come-from-behind second-round submission victory over Lando Vannata via Brabo Choke. It was Ferguson’s seventh consecutive victory 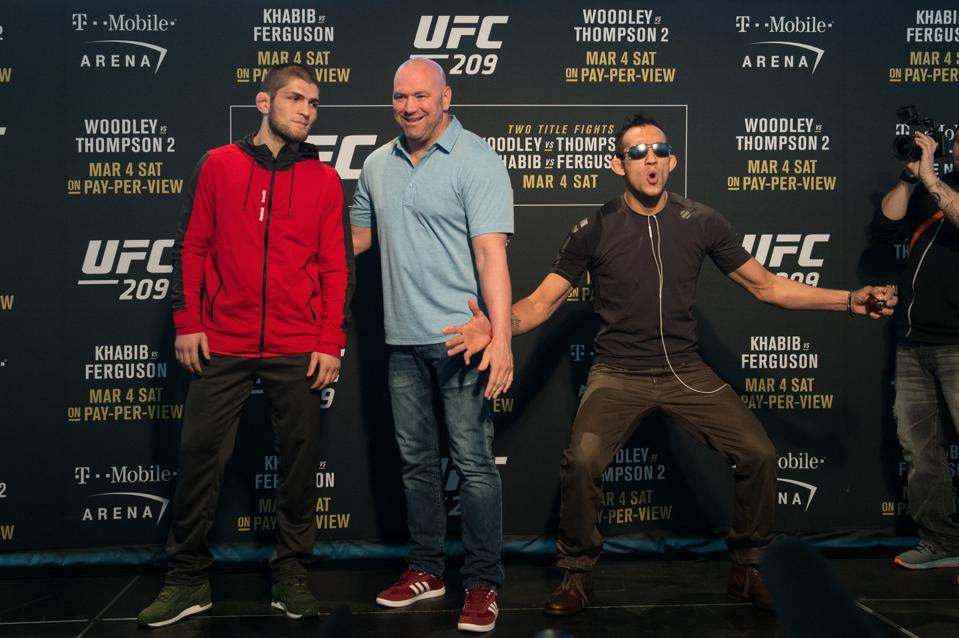 This one hurt. Ferguson-Nurmagomedov was set to be the co-main event for a pay-per-view featuring the rematch between Tyron Woodley and Stephen Thompson. However, complications during Nurmagomedov’s weight cut forced The Eagle out of the much-anticipated scrap. There was no replacement bout and the late scratch might have had something to do with the modest 300,000 PPV buys the event generated. 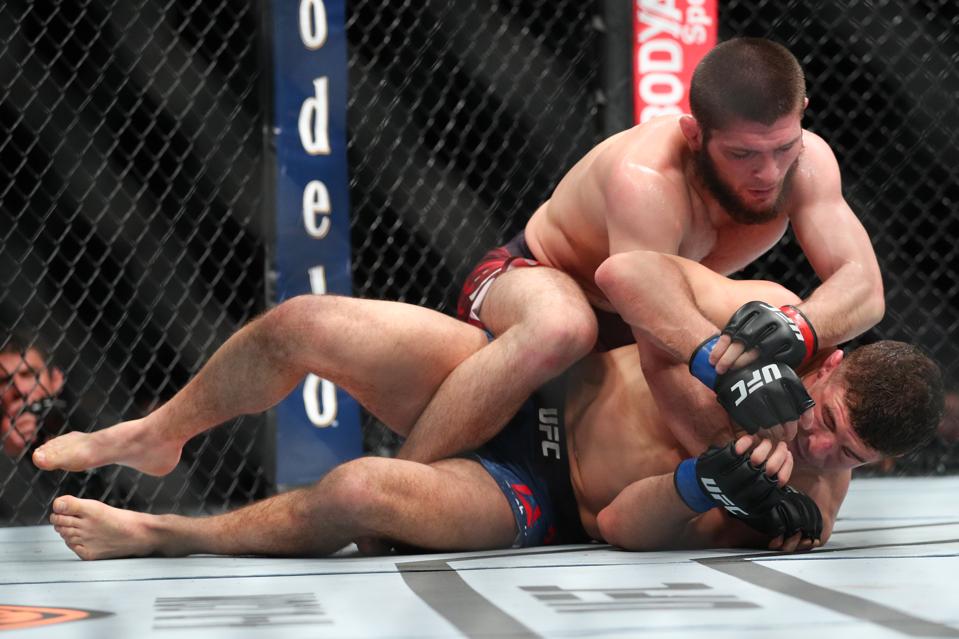 This event will forever be known as the show where Conor McGregor and his posse attacked a bus carrying Nurmagomedov and other UFC fighters and personnel. What’s often forgotten is the freak knee injury Ferguson suffered as he left a pre-fight press event.

Ferguson tripped and fell and tore ligaments in his knee in the process. The fight with Nurmagomedov was off, McGregor infamously stole the spotlight with his dolly-throwing antics, but Nurmagomedov would still compete. He and Ferguson were supposed to fight for the undisputed 155-pound title as Ferguson had won the interim belt by submitting Kevin Lee in October 2017.

Instead Nurmagomedov pounded Al Iaquinta, who stepped up for the injured Ferguson, and won the UFC Lightweight title.

Since then Ferguson has scored TKO victories over Anthony Pettis and Donald Cerrone, and Nurmagomedov has remained perfect with stoppage wins against McGregor and Dustin Poirier.

It’s crazy to think, but the fight is even bigger now than it has ever been. Nurmagomedov’s star status is rock solid and Ferguson is still the boogeyman to many in the division. In fact, he’s in my Top-10 pound-for-pound in the sport.

Hopefully we finally see this match happen. Is it too much to ask for it to exceed all expectations? Probably. I’ll be satisfied seeing both men make it to the Octagon in one piece.

Got Thanksgiving Leftovers? Here Is What You Need To Do

Uncovering New Possibilities in the World of Marketing

A More Intelligent Approach To Capitalism