Breaking
Expanding Your Business Into Spain: What You Need...
Essentials For Your Office Coming Out Of COVID-19
What Can Marketers Learn From Digital Cults?
Why NASA’s James Webb Space Telescope Will Never...
Increasing HR Effectivity and Efficiency through Software Solutions
The Difference Between Building A Startup In Bull...
Fluor Corp Ranked Among Today’s Top Shorts
Common Pitfalls to Look Out for When Buying...
Will the Olympics go ahead this year?
Pack Up the Big Top: Insights from MozCon...
Best WordPress Themes for Blogs
Get Ready To Rip And Tear, As The...
As Economy Recovers, Loan Approval Rates Increase For...
Lessons Learned—Avoiding The Fundraising Errors That Can Sink...
Top Tips to Help You Effectively Manage Your...
Malaysia’s Carsome, Tycoon Patrick Grove’s Catcha Group To...
Home Business Killian Hayes, Top International Guard Prospect, Declares For 2020 NBA Draft
Business 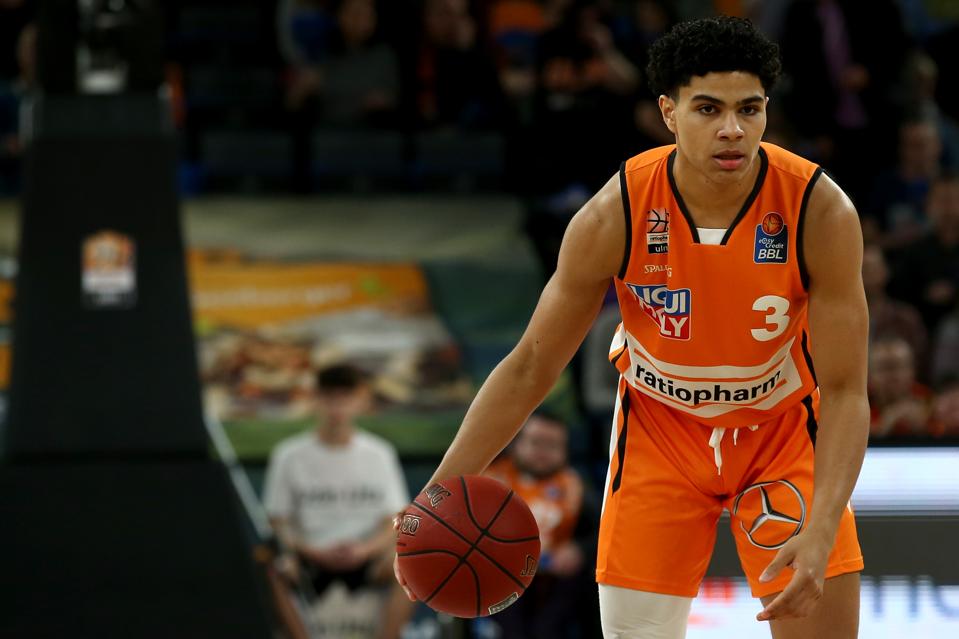 On Friday, French guard Killian Hayes confirmed that he has submitted his paperwork to declare for the 2020 NBA Draft.

The 18-year-old played for ratiopharm Ulm this season, averaging 11.6 points and 5.3 assists per game in a strong German league.

Hayes is viewed as a top-10 prospect in the eyes of many, but he could realistically go anywhere in the lottery at this point. With this draft lacking a clear top prospect, it wouldn’t be surprising if anybody heard their name called when the first team heads to the podium. Considering the skill set that Hayes possesses, it’s very likely that he’ll be in play for any guard-needy team that has a top-5 pick.

At 6-foot-5, with a 6-foot-9 wingspan, Hayes has remarkable size at the point guard position. He can definitely afford to add some bulk at some point, but that shouldn’t be a problem as he begins working with NBA trainers. Either way, Hayes has the body to really make life difficult on his opponents. His size could make it hard for opposing coaches to play a smaller guard at point, as Hayes will be able to punish them on his way to the rim. It helps that he’s a good ball handler.

On top of having great size, Hayes rivals LaMelo Ball as the best passer in this draft class. LaMelo definitely has more creativity, but Hayes is gifted in his own right. He’s especially good at locating his shooters, even if they’re on the other side of the floor. Nobody in the draft is as good at finding their man in the opposite corner. And while turnovers were an issue for Hayes early in the season, he cut down on them significantly before the German league was suspended.

Hayes does have two question marks heading into the draft: shooting and defense. However, it’s worth pointing out that he does have real promise in both areas. They are just clearly weaknesses compared to the other parts of his game.

In league play, Hayes shot just 21.8 percent from three on the season. But the lefty also shot 39 percent from deep in Eurocup play, and he shot 87.6 percent from the charity stripe across all leagues. Generally speaking, bad shooters won’t be that accurate from the free throw line. Hayes also has a smooth release, so it’s hard to get too worked up about his percentages. He’ll need to eventually hit 35 percent of his threes at the next level in order to be more than just a bench player, but I’m confident that he’ll easily eclipse that mark.

On the other end of the floor, Hayes is a good team defender. He gets himself to all the right spots, which says a lot about his basketball IQ and on-court instincts. The only issue here is that Hayes isn’t a great athlete. He lacks burst in every aspect, but it really manifests itself on the defensive end. Hayes is not a great on-ball defender, which likely isn’t going to change when he starts playing against more talented players. But Hayes isn’t terrible in that regard, either. He should be able to hold his own on most nights. And his coach will also have the luxury of sticking him on shooting guards, as he has the size to guard a lot of wings.

Overall, Hayes is a guy that has a really high floor. That’s important in a weak draft. In a worst-case scenario, Hayes would be a very good guard off the bench. But he has the upside to be a part somebody’s core. That’s how gifted he is offensively.

The New York Knicks and Detroit Pistons are two teams that are in desperate need of a point guard of the future. Will either of them bite on Hayes? Time will tell.