Breaking
ESBC Major Updates: Tons Of Heavyweight Greats Added...
5 On-Demand Courses To Help Develop Your Leadership...
How to Run Nonprofit Marketing Ads
Entrepreneurs Are Bringing Transparency To Home Buying And...
Best Incentive To Get Vaccinated: Money, Messaging, Or...
Page Level Query Analysis at Scale with Google...
How A CIO Can Align IT With Business...
Blogger of the Month: Jo, Girl Eats World
6 Things Women In Business Know That Men...
How to Use First-Party Data for Ad Personalization
Pressing Reset—Putting A Fallen Unicorn Back On Its...
How We Went Viral: Promoting Content with Influencers,...
Blame Olympic Record Price Tag For Return To...
Apple iOS 14.5 Release: Should You Upgrade?
How to Come up with Podcast Topics and...
Why Gaming Gear Company Razer Launched A $50...
Home Business Kobe Bryant Returns To Brooklyn — And Pays Nets Point Guard Quite A Compliment
Business 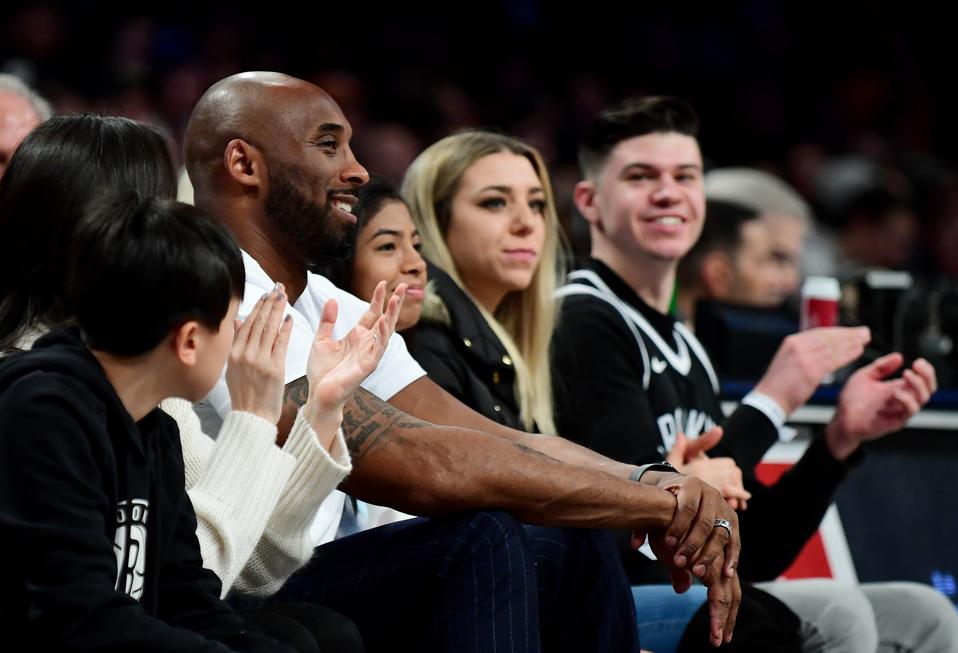 NEW YORK, NEW YORK – DECEMBER 21: Former professional basketball player Kobe Bryant watches the … [+] Brooklyn Nets and Atlanta Hawks game during the first half at Barclays Center on December 21, 2019 in New York City. NOTE TO USER: User expressly acknowledges and agrees that, by downloading and or using this photograph, User is consenting to the terms and conditions of the Getty Images License Agreement. (Photo by Emilee Chinn/Getty Images)

Kobe Bryant has the best dunk in Barclays Center history.

Bryant also could’ve been a Net.

And if the franchise had simply called his bluff at the draft years ago, everything would’ve turned out a lot differently.

It was easy to think back to Bryant’s posterization of Wallace and Humphries in 2013 — and the greatest “What if?” in franchise history on Saturday night — with Bryant sitting courtside in Brooklyn alongside his basketball-playing daughter, Gigi, for the Nets’ 122-112 comeback win over the Hawks.

Bryant got an ovation from the crowd when he was shown on the scoreboard. He also had two big fans playing on the court — Spencer Dinwiddie (39 points) and Trae Young (47 points). And each of them put on a show.

Dinwiddie was particularly thrilled to see Bryant, whom he idolized as a youngster.

“I’m a real mellow guy for the most part, but not with Kobe. He’s by far my favorite player of all-time. His career was basically my childhood. I was juiced,” Dinwiddie said. “That’s probably why I missed my first 3-pointer off the backboard. I’m not going to lie to you. For real.”

The two even shared some words — one No. 8 to another (though Dinwiddie doesn’t wear the number in honor of Bryant). Dinwiddie has guided the Nets (16-13) to a 12-6 record since moving into the starting point guard role when Kyrie Irving (shoulder) went down. Irving, who has yet to resume contract drills, remains out indefinitely.

Meanwhile, Dinwiddie ($10.6 million) is averaging 26 points per game over that span.

“He was like, ‘You’re playing like an All-Star.’ And I was like, ‘Man, I’m trying. Thank you,’” Dinwiddie said. “Obviously, for me, that was big-time. That’s Kobe. That’s Black Mamba. I don’t know him personally, but I guess I kinda do now.

Young also has ties to Bryant. His trainer, Alex Bazzell, works with Bryant’s daughter, too. Young was under the weather during the game, but you wouldn’t have known it watching him perform.

“I knew (Kobe) was coming before y’all did,” Young said. “I think that’s another reason I decided I’m going to fight through this (illness) and play. It’s always good seeing him. I grew up one of his biggest fans and obviously he’s here with his daughter. She’s a student of the game, too. She works with my trainer so it’s good to see her wanting to come and see me play. It’s pretty awesome.”

Bryant’s daughter was treated to quite a performance by a pair of point guards who both happen to think pretty highly of her father.

But for the Nets, it was just the latest reminder of what could’ve been.