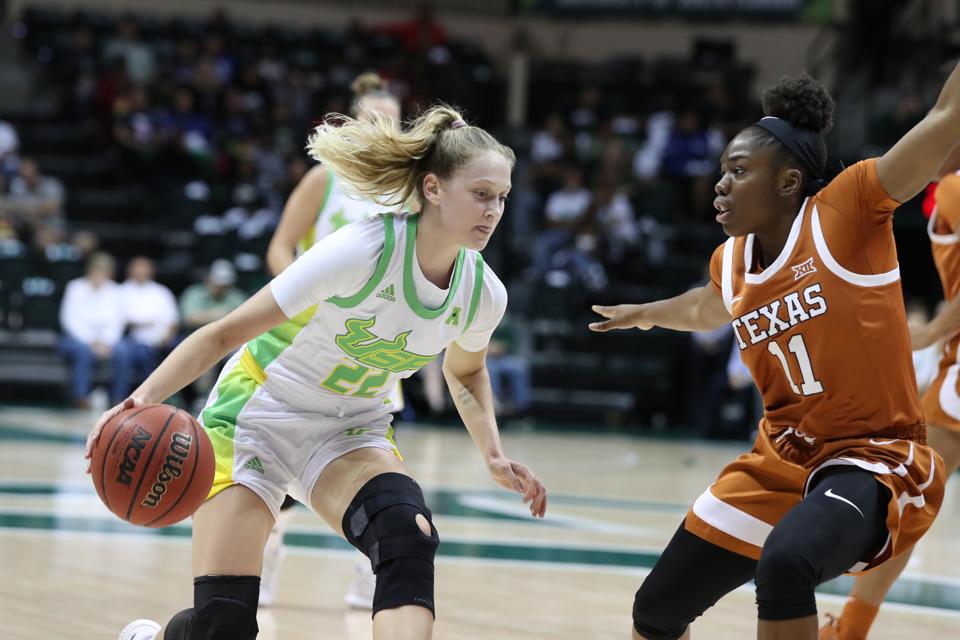 South Florida’s Kristyna Brabencova arrived in Tampa during the summer to embark on her collegiate … [+] basketball career. The native of the Czech Republic comes from quite an athletic family.

TAMPA — Somebody had to be the goalie.

Growing up in the Czech Republic with two hockey-playing brothers, Kristyna Brabencova served as the designated goaltender while her younger siblings honed their shooting skills.

It is funny how life works out sometimes, though. Indeed, it is the sister who faced her brothers’ slap shots and wrist shots who ended up in the U.S. working on her shooting percentage.

Brabencova traveled more than 5,100 miles to play basketball in Tampa at the University of South Florida and she hasn’t looked back.

“It felt like a new family for me,” said the six-foot freshman, who arrived on campus in August. “I knew that if I wanted to go somewhere far from my family, I wanted to feel like I belong and that I am not alone. That’s what I like about being here. We have a lot of European players, they appreciate my situation (coming from another country) and it really feels like a family here.”

Speaking of family, Brabencova grew up in an athletic environment.

Is it ever. At the beginning of the current century Brabencova’s grandfather, Kamil Brabenec, was chosen by the Czech Basketball Federation as the country’s second-best player of all-time.

Brabenec was part of six Czechoslovakian League championships and retired as the circuit’s second all-time in career scoring with close to 11,000 points.

“I didn’t care about basketball,” said Brabencova. “I cared about ice hockey because that was my life. My dad played and when he moved, we moved with him. He played in different countries and different cities. That was my life.”

Brabencova’s father, also Kamil Brabenec, spent two decades as a professional hockey player in multiple European leagues. He played until he was 43 before hanging up his skates following the 2017-18 season. He then went behind the bench to be an assistant coach for an under-16 team in the family’s hometown of Brno, Czech Republic. One of the players on the team was Kristyna’s older brother, Jakub.

Sixteen-year-old Jakub is currently with an under-20 team and a younger brother, 12-year-old Jan, is also a junior hockey player. Kamil has a hand in coaching both by serving as a roving assistant to the various age groups.

Thanks to her mother, Jana, Brabencova began to care, and care a lot, about basketball.

“My mother played basketball as a little kid,” said Brabencova, whose favorite hockey player is Boston Bruins forward David Pastrnak. “I didn’t like it and didn’t think it would be good for me, but she told me it would be fun to play and to be part of a team. So, I started to play when I was about 13 or 14 and actually liked it. I liked it more and more and here I am.”

What did her grandfather think about her choice of sport?

“My grandfather loved the idea,” she said. “He was like, ‘I will buy shoes and everything you need.’”

Brabencova liked basketball to the point that she started thinking about going to college in the U.S. and perhaps ultimately embark on a professional career. 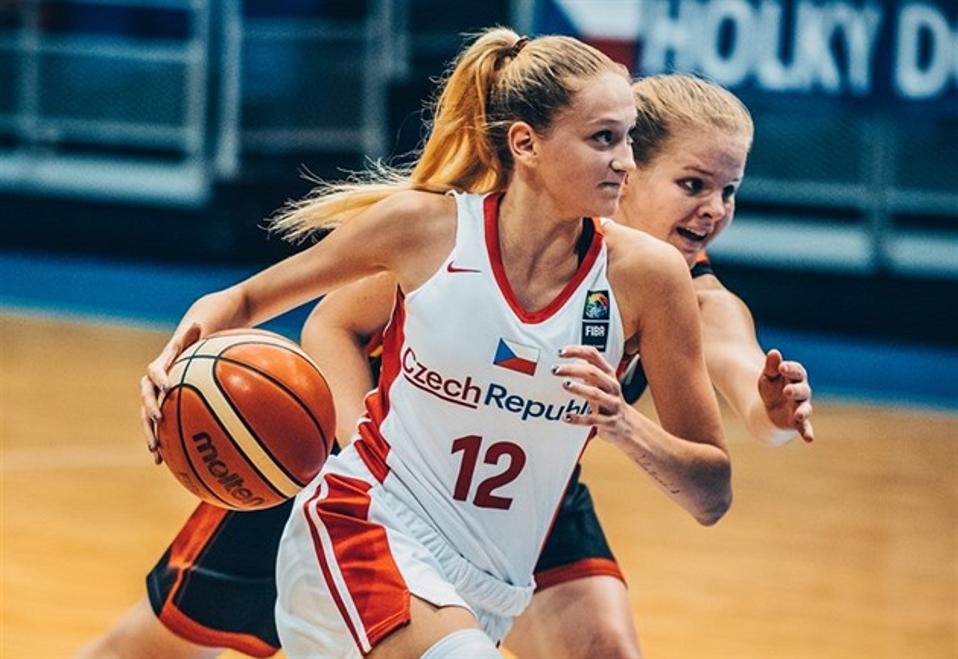 While playing for a under-16 national team, Brabencova received a text from USF assistant coach Michelle Woods-Baxter. Though attending USF was something she began to consider, she did not make up her mind until about a year ago.

Because of the length of her seasons and national team schedule, Brabencova did not have a chance to visit USF until this summer to embark on her collegiate career. One thing she had to grow accustomed to was how spread out the campus is, like many American universities and colleges.

“It was amazing with the weather and everything,” she said of her initial impression. “I was with my parents riding around in a golf cart and I thought I would get lost because of how big the campus is. We don’t have campuses like this in the Czech Republic. It’s like one building and you live in the city.”

Brabencova, who would like to study sports marketing, has not been lost when it comes to adjusting to the American game, which features a 30-second shot clock versus the 24 seconds she was accustomed to in the international game.

She has started six of the Bulls’ 13 games and is averaging 6.5 points and 3.3 rebounds.

“What I was impressed with was her maturity and the way that she carried herself,” said Fernandez, who has led the Bulls to six NCAA tournament appearances in his 19 seasons at USF. “She is very coachable and she is a kid that can really shoot the ball. She knew there were things that she needed to get better at, but also wanted to be challenged to play basketball at the highest level. I think that is why she made a commitment to come to the United States and play basketball over here.”

So far, so good at USF for Brabencova.

“It has been a very nice experience,” she said. “My teammates have been very helpful and everything is going well.”

We Just Lost A Personal Computing Pioneer, One That Truly Changed The World

How To Make Cybersecurity More Approachable