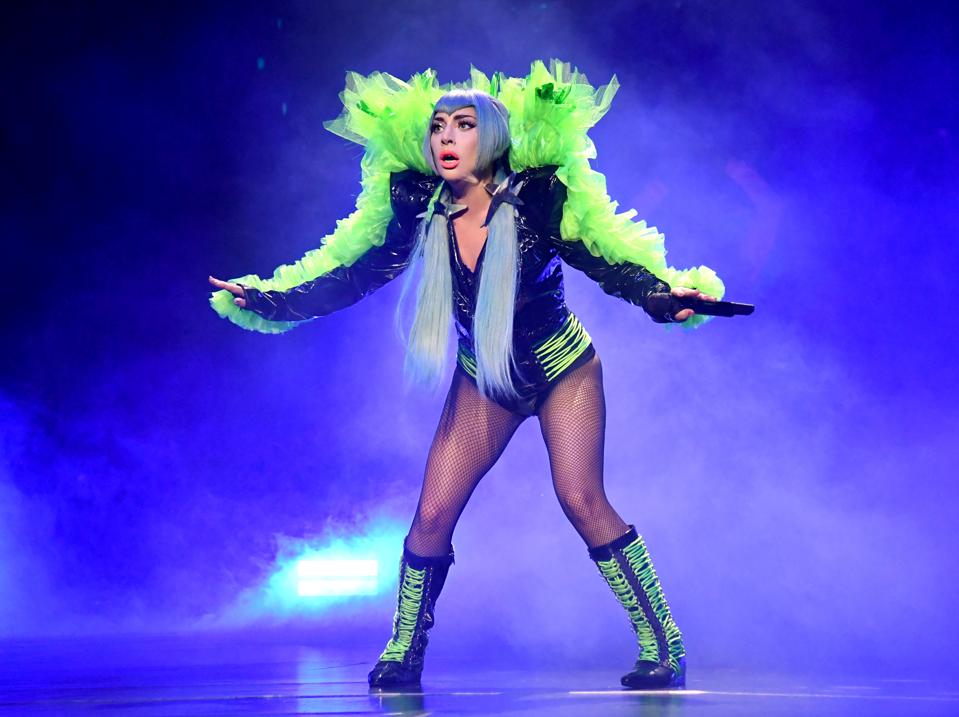 Last week, Lady Gaga finally gave her legion of fans what they have been begging for: a new dance-pop jam, and her Little Monsters (what she’s called her listeners) responded to the gift by streaming and buying it in huge numbers.

The track, which previews her forthcoming album Chromatica (slated for an April release), quickly became another big hit for the singer-songwriter, and by opening as high as it did, the Grammy and Oscar winner has broken out of a tie with another globally-adored performer.

“Stupid Love” started at No. 5 on the Hot 100, giving Lady Gaga another top 10, but more specifically (and importantly), another top 10 debut. It’s not uncommon for singers as popular as she is to push their latest wares into the highest tier on the all-genre singles list, but launching them there is still an impressive feat for any name.

The track was Lady Gaga’s seventh to debut inside the Hot 100’s top 10, and that sum now stands as the third-largest among women. Before last week, the “Stupid Love” chart-topper was tied with Rihanna, as both females had managed half a dozen launches inside the uppermost area on the tally, but now she’s pushed RiRi to fourth place and she claims the No. 3 spot all for herself.

Leading the way among women is Taylor Swift, who has debuted 15 songs inside the Hot 100’s loftiest arena. Behind her comes Ariana Grande, who has seen 10 tracks enter the race somewhere between Nos. 1 and 10. Both powerhouses added to their totals last year thanks to their latest albums, which both produced several singles popular enough upon arrival to start inside the top 10.

While it may have opened at No. 5, Lady Gaga’s “Stupid Love” has fallen quickly on the chart, and it may not earn another stay inside the top tier. Currently, the electronic dance tune sits at No. 30, and while it may stabilize in the coming frames, it seems like its debut inside the top 10 may have been its only appearance inside the most closely-watched region.

Buy These Stay-At-Home Stocks For The Coronavirus Economy,...

Video Leadership: How To Lead From Home During...

Tech Entrepreneur Is Making The World Safe For...