Breaking
Why You Should Fire 90% Of Your Clients...
15 Smart Ways To Get More Mileage Out...
14 Smart Ways To Leverage Machine Learning For...
Three Lessons The Life Insurance Industry Learned During...
Why Convenience Is Essential
Norway’s $1 Trillion Oil Fund, BlackRock And Vanguard...
Sennheiser Makes Open-Back Headphones More Affordable With The...
Artificial Intelligence Is Ready For Prime Time, But...
Satellite Science Is Helping The Environment, From Farms...
Corporate America’s Employment Problem Isn’t Just Race But...
Designing Household Appliances With Planet And Health In...
Fauci: ‘We’re Nowhere Near Herd Immunity’ In The...
Behind The Curtain—Chapter 11 From The Inside—Chapter 10—The...
Three Classic Ways To Get New Business
Email Marketing Consulting
With Hope, Perseverance And Faith, Two Friends Are...
Home Finance Laid Off And Need Cash? Want A Boat? A Couple Can Take $400,000 From Their Retirement Accounts Penalty-Free Under COVID-19 Tax Relief
Finance

Laid Off And Need Cash? Want A Boat? A Couple Can Take $400,000 From Their Retirement Accounts Penalty-Free Under COVID-19 Tax Relief 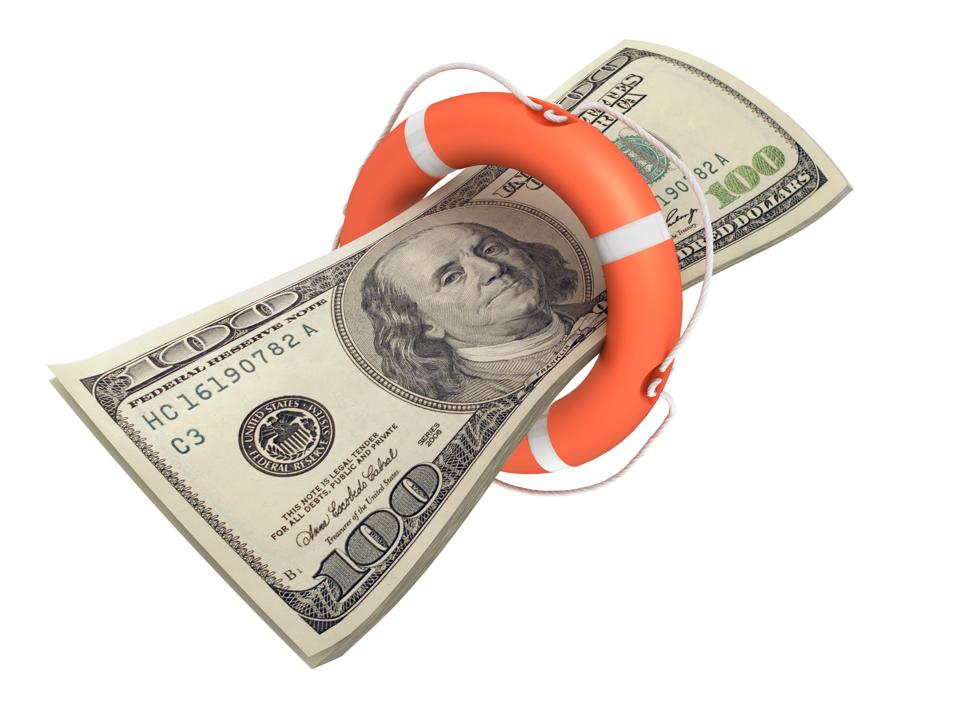 With more than 16 million Americans having filing for unemployment relief in the past three weeks, it’s likely that many in financial need will look next to their retirement accounts for cash—taking loans or outright distributions. Fidelity Investments has already seen 401(k) loans tick up slightly in Q1 2020 compared to the same period last year.

Now, as part of the recent $2 trillion stimulus package, the CARES Act, Congress has opened the door to taking huge sums out of these accounts by increasing loan limits and waiving the normal 10% early withdrawal penalty for distributions. In total, a couple with their own accounts could take $400,000 in a combination of loans and withdrawals.

“I hear people talk about taking money out of their retirement account to buy a boat. You’re going to enjoy the boat, but you’re not going to be happy when you’re 65 and living on just Social Security,” says Terry Briggs, an employee benefits lawyer with Bowditch & Dewey in Worcester, Massachusetts.

“It’s for people who have no other alternative,” says Alicia Munnell, director of the Center for Retirement Research at Boston College. “People don’t have that much saved for retirement. If you can, keep it in. Keep it in.”

If you’re in need—or really want a boat, we won’t judge—here’s the lowdown on the new rules.

Are you eligible under the new temporary rules? You automatically qualify if you, a spouse or dependent tested positive for COVID-19 or if you’ve been impacted more broadly. The definition of who this applies to includes anyone who experiences “adverse financial consequences” on account of being quarantined, being furloughed or laid off or having work hours reduced, being unable to work due to lack of child care or closing reducing hours of a business you own and operate.

The 401(k) rule changes are permissive—employers don’t have to implement them—but Fidelity says that for the workplace plans it administers, it expects the vast majority of them to adopt the new rules.“You just assert this and employers are permitted to accept what you say without investigating,” says Briggs.

In normal times, a 10% penalty applies to retirement account withdrawals taken before you reach 59 1/2 unless an exception applies. Under the new rules, COVID-19-related problems essentially become a new temporary exception. You can take up to $100,000 as a distribution from a 401(k) or similar workplace retirement plan and/or an Individual Retirement Account (that’s $100,000 in total) in calendar year 2020, and if you’re under 59 1/2, the 10% penalty is waived. You’ll still owe income taxes on the withdrawal, but you’re allowed three years to pay. Normally the distribution counts as income for the tax year you took the money out. The distributions also aren’t subject to the normal 20% federal tax withholding for retirement account distributions.

If your financial situation turns around, you can basically undo your withdrawal. You get three years, instead of the usual 60 days, from the date of the distribution to redeposit the money. If you’ve already paid the income tax due, you can get it back via an amended tax return.

If you have any outstanding 401(k) loans, you can suspend payments due between March 27 and December 31 for a year. Then, once you resume paying, you have an extra year to pay it back.

If you ask HR about this, they’ll likely send you to customer service at the company that administers your retirement plan. Ask about fee waivers. Vanguard VTI and Voya Financial VOYA have both said they’re waiving fees associated with COVID-19 related retirement plan withdrawals and loans. Fidelity says it isn’t charging fees for COVID-19-related distributions.

Keep in mind that once you’ve left a job, your 401(k) is yours to do anything with that you want. You’ll get a Department of Labor-required information packet outlining options. You can keep your 401(k) in place with your former employer, roll it into an IRA, or empty it out and pay taxes on the distribution. Another option, if you get a new job: Roll your old 401(k) into the new one and keep saving.

See also 401(k) Smart Moves And Mistakes In The COVID-19 Economy and Congress Suspends Required Minimum Distributions For 401(k)s And IRAs For 2020, Opening The Door To Tax Savings.

What To Do If Your Employer Suspends 401(k) Matching Contributions