Citing an inability to verify the data from the study authors, top medical journal the Lancet retracted a controversial study published in May that found that hydroxychloroquine is not an effective treatment against Covid-19, and could actually increase risk for coronavirus death. 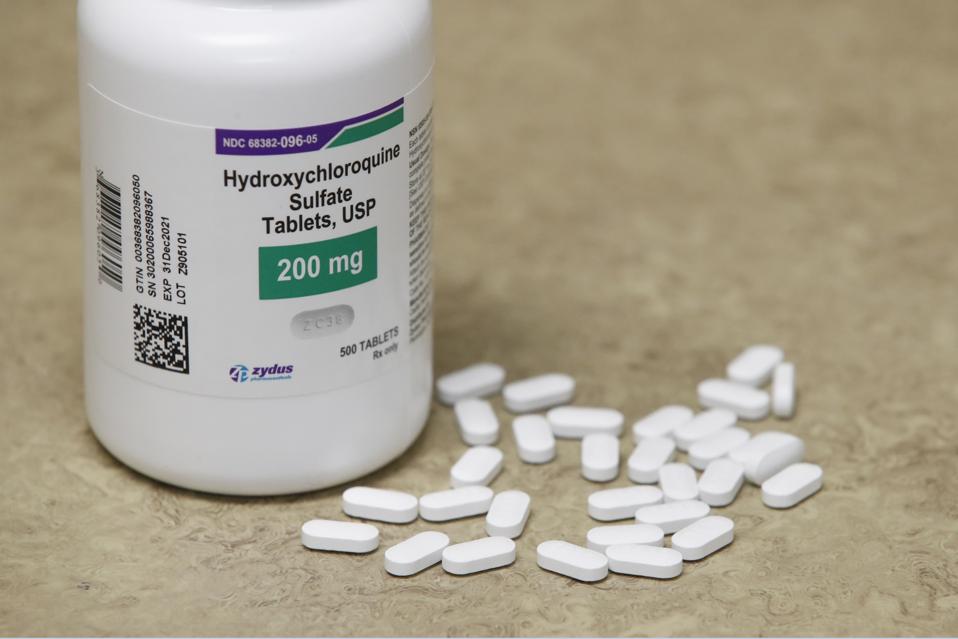 A bottle and pills of Hydroxychloroquine sit on a counter at Rock Canyon Pharmacy in Provo, Utah, on … [+] May 20, 2020. (Photo by GEORGE FREY/AFP via Getty Images)

Earlier this week, scientists and researchers on social media pointed out that the authors of the study, affiliated with a small healthcare analytics company called Surgisphere, likely didn’t have access to all the data that they reported in the study.

The study was one of several that have found no link between hydroxychloroquine and improvement in Covid-19, but it contributed to the World Health Organization’s decision to halt its trials of hydroxychloroquine.

Three of the study’s four co-authors wrote that they attempted to conduct an independent review of the data provided by Surgisphere, but the company, led by Sapan Desai who was also a coauthor on the study, refused to share the data.

Since they could not verify the data, the three study coauthors asked that the medical journal retract their paper.

Yesterday, the World Health Organization announced it would be resuming its trials of hydroxychloroquine in Covid-19 patients.

Yesterday, the World Health Organization announced it would be resuming its trials of hydroxychloroquine in Covid-19 patients after its Data Safety Monitoring Board reviewed evidence and found no increased risk of death from the medication in Covid-19 patients.

“We all entered this collaboration to contribute in good faith and at a time of great need during the Covid-19 pandemic,” wrote the three study coauthors, “We deeply apologize to you, the editors, and the journal readership for any embarrassment or inconvenience that this may have caused.”

Age 62+ And Need Cash: Should You Tap Retirement Savings Or Start Social Security?

How America’s Cyber Defenders Are Preparing To Save...