Breaking
Can You Settle Your Student Loans Or Negotiate...
How to Use Amazon Attribution For Ad Campaigns
How To Quickly Start And Scale Your Business
Terra Virtua: What NFTs Can Teach Us About...
5 Easy Steps To Prepare Content For E-A-T...
Physical Inactivity Linked To More Severe Covid-19 Infection...
The 2021 Estimated Tax Dilemma: What Tax-Return Pros...
Want To Digitally Transform Your Business? Start With...
How to Optimize Google My Business and Leverage...
Debunking Link Building Myths in 2021
How, When And Where You Can Gaze At...
SBA Opens $16.2 Billion Shuttered Venue Operators Grants...
What are the Essential Features of a Small...
Trends In Executive Recruiting That Will Help You...
The Growing Case For Banning Pesticides Linked To...
The Reopening High – But Long-Term Issues Cloud
Home Technology Lander Moab Case: Protects Your Smartphone, Even From Extreme Cold
Technology

Lander Moab Case: Protects Your Smartphone, Even From Extreme Cold

Smartphones are great, except when they stop working. This can be a real problem when extreme temperatures are involved. I live in Southern Ontario (Canada), and that means for at least four months of the year, being at risk of my iPhone simply shutting down when carried outdoors because of the cold, and several months where the same thing could happen because of heat. One of my kids works in the meat department at a grocery store, and extended trips into the meat freezer room continually disable his iPhone, making it difficult for him to message for a ride home. When Lander offered to send one of its Moab cases — designed to protect not just against falls, but also against extreme temperatures — I saw the opportunity to give it a real world test. 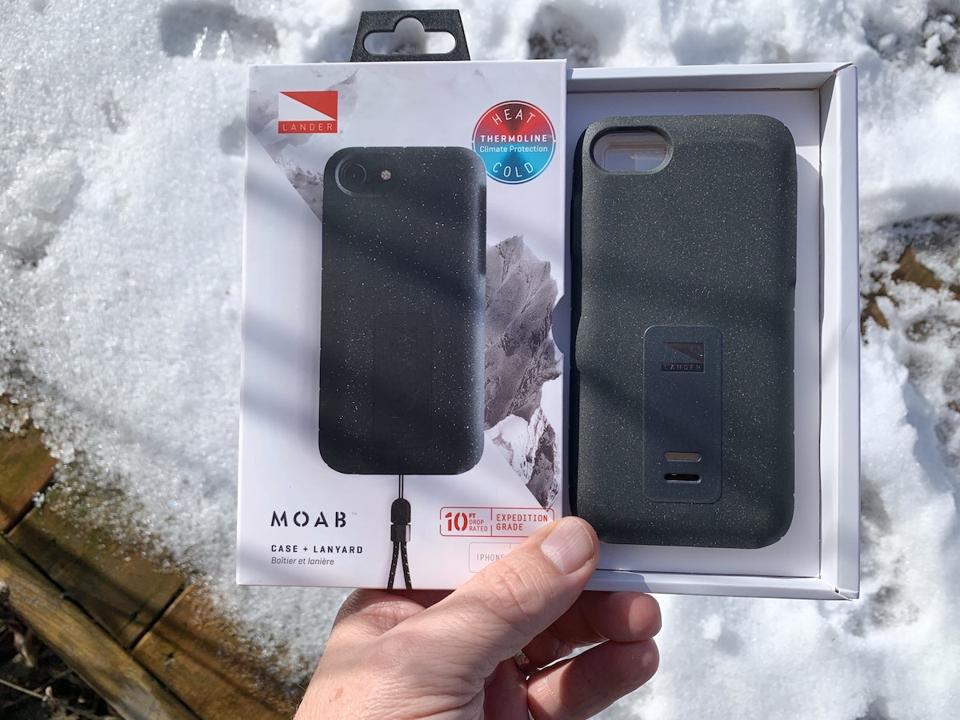 Apple has made a point in the past few years of playing up the increased water resistance of its iPhones. That’s great, but what doesn’t get the same attention is operating temperatures. Check the company’s support site, and you’ll learn that Apple recommends using an iPhone (or any iOS device for that matter) in temperatures ranging from 32º F to 95º F. Outside of those parameters, the device’s Lithium Ion battery limitations come into play.

When used in cold conditions, an iPhone can suddenly shut down, or stop working with a display indicating zero battery remaining. After returning to warmer temperatures for a while (sometimes requiring being plugged into a charger), the battery usually returns to its original charge level. Good that it recovers, but that doesn’t help much if you’re trying to actually use it in the cold. In extreme heat, this can actually lead to permanent battery damage. 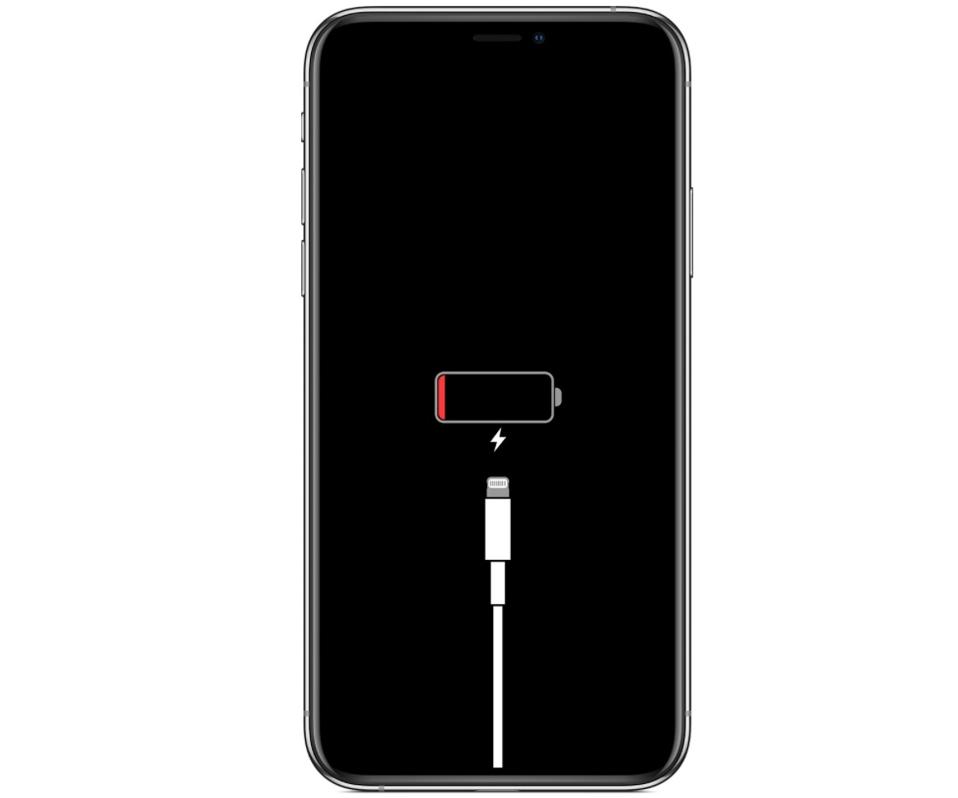 Try using an iPhone in below freezing temperatures and you’re likely to see this screen.

This limitation isn’t exclusive to Apple — any device powered by Lithium Ion batteries has the same issue.

The cases employ active crush zones for 10-foot drop protection. There are some reflective elements (ILLUMIFIND) to catch light if you’re searching for your phone in the dark. A removable lanyard is included to secure the phone to your wrist in adverse conditions. The self-healing speckled urethane case material is grippy, and adds water resistance without being bulky.

But the star of the show in adverse weather is the proprietary THERMOLINE material used inside the case that helps to regulate extreme temperatures. Lander says that the operating temperature range for an iPhone in one of its Moab cases is expanded significantly to between 0º F and 120º F. 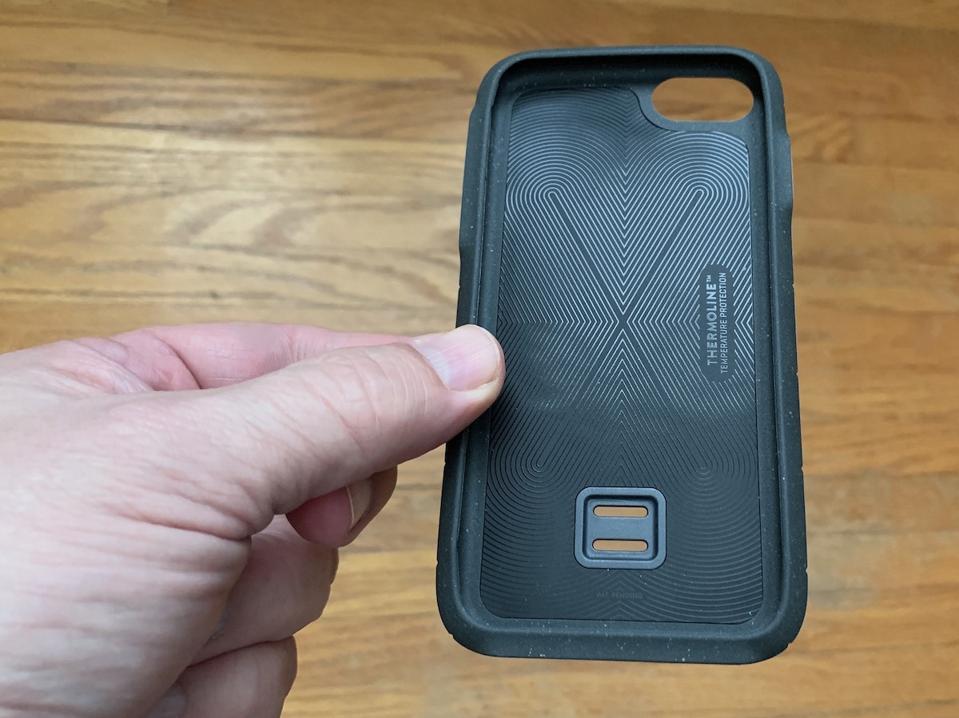 The THERMOLINE layer is pretty unobtrusive, but it really works.

To test the effectiveness of the Moab case, I requested one to fit an iPhone 6s — the model my son uses. I don’t know the actual temperature of the meat freezer, but it’s safe to say it’s below 32º F. I should also note that the battery in his iPhone is only a year old, after we replaced it as part of Apple’s $29 battery replacement program, so age isn’t part of the equation.

Clad in a variety of “standard” protective cases, the iPhone would regularly be rendered useless by the time it was time for him to call home for a ride. He’d arrive with his battery near 100% and four hours later the iPhone would be unresponsive with the dead battery screen.

We installed it in the Lander Moab case, and in four straight shifts the iPhone has remained operative. No more dead battery at the end of his shift.

I haven’t tested it in extreme heat. It will be months before we get those kind of conditions in Canada, and I wasn’t about to crank the furnace up in the house or risk baking the iPhone in the oven. However, based a sampling of online reviews and comments, it seems to live up to claims in that department as well. 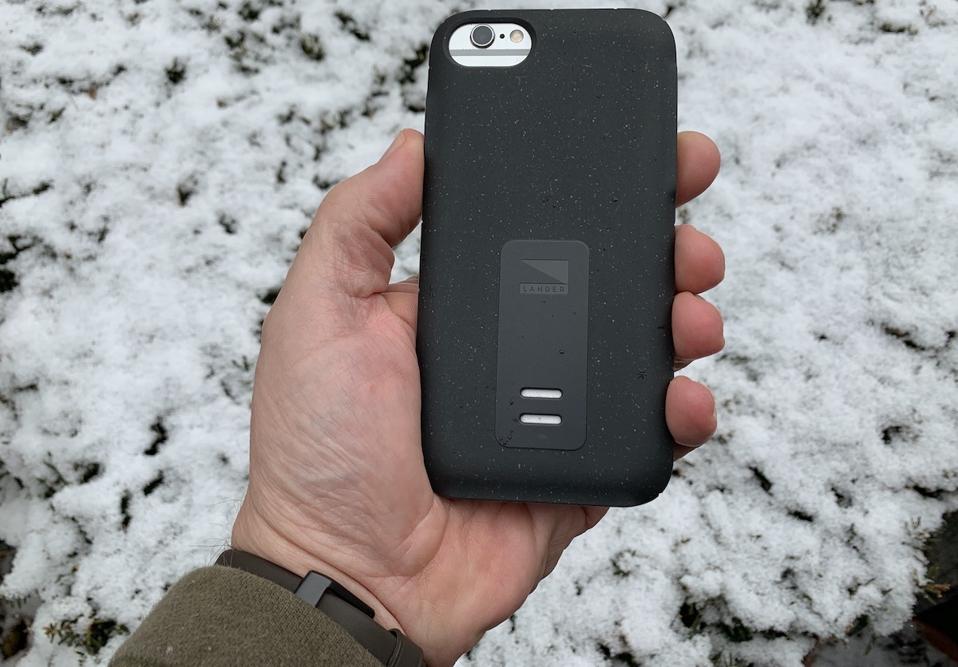 Clad in a Lander Moab case, an iPhone can be used in winter conditions without fear of the battery … [+] shutting down.

I have no idea what technical wizardry goes into the THERMOLINE layer in the Moab case. It looks pretty unassuming, and it’s not like it envelopes the iPhone in a big layer of insulation. As I mentioned, the case is not bulky. The display is still full exposed as well. Somehow, it works.

If you own an iPhone — including the iPhone 11 — or a recent Samsung Galaxy device, Lander Moab cases are priced at $39.99, and provide an inexpensive way to protect your phone and keep it working in extreme temperatures.

Disclosure: Lander provided a Moab case for evaluation but had no input into this review.

Cubs Hoping Off The Field Moves Cover For Quiet Winter

Navigating A Marketing Role In Tech: What To Look For, What To Expect